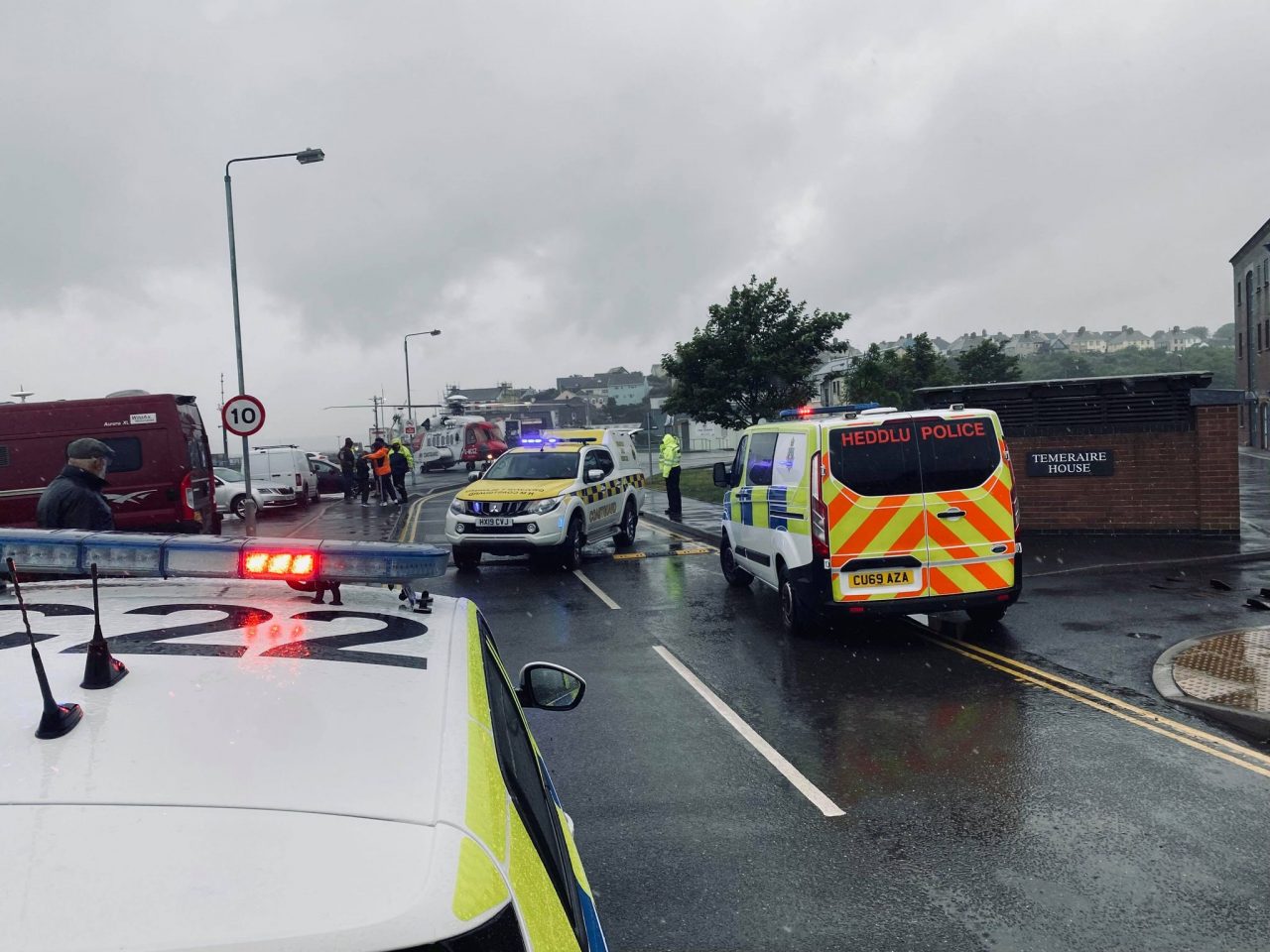 A COASTGUARD helicopter landed at the helipad at Milford Marina on Sunday afternoon (July 11, at 1700 HRS) as part of a multi agency operation to help diver who was suffering from the bends (Decompression sickness).

Police, an RNLI lifeboat crew, a local coastguard team and a port patrol boat, the Dynevor, were also involved with the operation to get the casualty to a specialist facility in England as quickly as possible. The rescuers were aided by port officials, who helped keep the landing zone safe for the helicopter.

Dale coastguard team said on social media: “[We were called to] Milford Haven to secure a Helicopter Landing Site at the Pier Head, Milford Haven Marina, a diver required an immediate airlift to the decompression chamber at Derriford Hospital, Plymouth. Rescue 924, Sikorsky S-92A, from Newquay was on hand [to airlift the casualty].”

Often called “the bends,” decompression sickness happens when a scuba diver ascends too quickly. Divers breathe compressed air that contains nitrogen. At higher pressure under water, the nitrogen gas goes into the body’s tissues. This doesn’t cause a problem when a diver is down in the water. And if a diver rises to the surface (decompresses) at the right rate, the nitrogen can slowly and safely leave the body through the lungs. But if a diver rises too quickly, the nitrogen forms bubbles in the body. This can cause tissue and nerve damage. In extreme cases, it can cause paralysis or death if the bubbles are in the brain.

“Two casualty care trained crew members went aboard the dive boat to make an assessment of the casualty and assist those already helping.

“A nurse was one of the party on board the dive boat and was already administering oxygen to the casualty.

“Angle Lifeboat proceeded to Milford, along with the dive boat, where the casualty was taken to a coastguard helicopter and airlifted to Derriford Hospital in Plymouth.

Health board upbeat about vaccination programme as 500,000th injection given