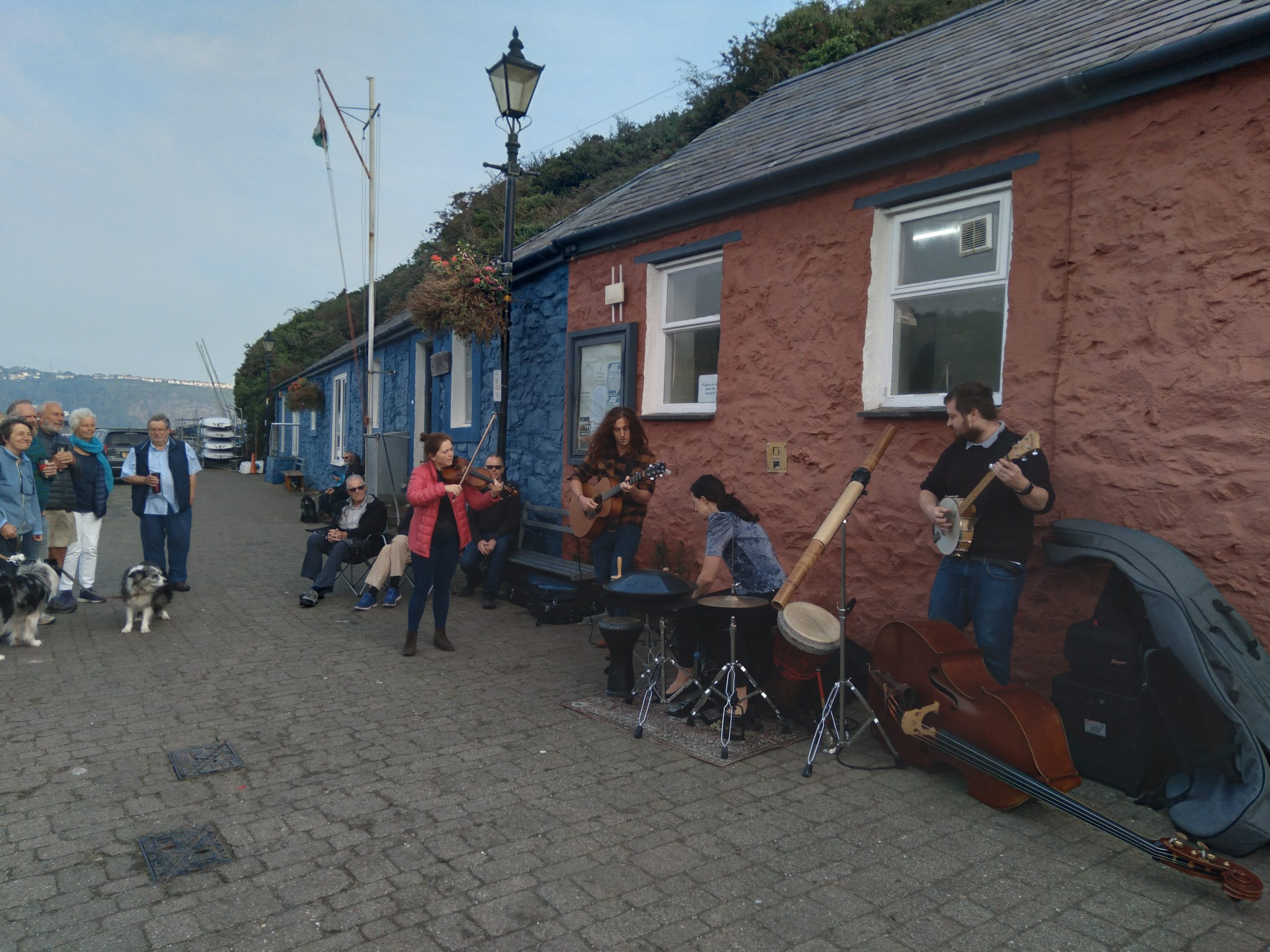 THE FINAL round of concerts for this year’s Fishguard and West Wales International Music Festival will continue on Wednesday, September 8, with a world premiere at Capel Tabor, Dinas.

Alis Huws, harpist to HRH The Prince of Wales, will give the first live performance of a short piece by mid-Wales composer Steph Power entitled Camddwr Bleiddiaid (Wolf’s Leap).

The work is a reference to a location on an old drovers’ road in the desolate beauty of the Cambrian mountains. Alis will also perform works by Bach, Debussy and other composers in her recital which will take place at Capel Tabor, Dinas at 7.30pm.

Gillian Green MBE, Artistic Director, commented: “Fishguard Music Festival has a long history of commissioning new works from contemporary composers and includes a new premiere most years. We are very proud to have commissioned a piece for harp by Steph Power and to have someone like Alis Huws to perform it will be magical.”

Alis Huws is from Mid Wales and has played for the Royal Family on several occasions, and given performances across Europe and the Far East. She performs regularly at high profile events for the Welsh Assembly Government, including the opening of their new offices at the British Embassy in Berlin, their St David’s Day celebrations at Lancaster House, and the official Royal opening of the Senedd in 2016. She was also invited to perform at Buckingham Palace to mark 50 years since the Investiture of HRH The Prince of Wales.

Capel Tabor will also host a recital the following night by the Meraki Duo, a pairing of flute and guitar, who will perform pieces by Dvorák, Barrios, Piazzolla, Liebermann and Arcaro. Meera Maharaj and James Girling both studied at the Royal Northern College of Music, where they connected through a shared passion for chamber music, jazz, Latin American and European folk, and contemporary works.

The Festival will return to its home town of Fishguard for the penultimate concert (Saturday 11th September) when the Palisander Recorder Ensemble will play at 2pm at Theatr Gwaun. Described as “Early Music’s very own Spice Girls”, Palisander prides itself on presenting imaginative, historical programmes with a wide range of repertoire; performing largely from memory, on recorders up to six feet tall.

Comprised of alumni from the Guildhall School of Music and Drama, Palisander has quickly established itself as a vibrant young ensemble, devising their own choreography, as well as writing new compositions and unique arrangements for the ensemble.

This year’s Festival will end on Sunday 12 September with a recital by rising star Angharad Lyddon. Angharad represented Wales in the 2019 BBC Cardiff Singer of the World competition and was a finalist in the Song Prize. Accompanied by Jâms Coleman, Angharad will perform songs by Schubert, Schumann, Fauré, Mahler and more at Neuadd y Dderwen, Rhosygilwen at 7.30pm.

The ultimate student dinner is coming to Pembrokeshire College