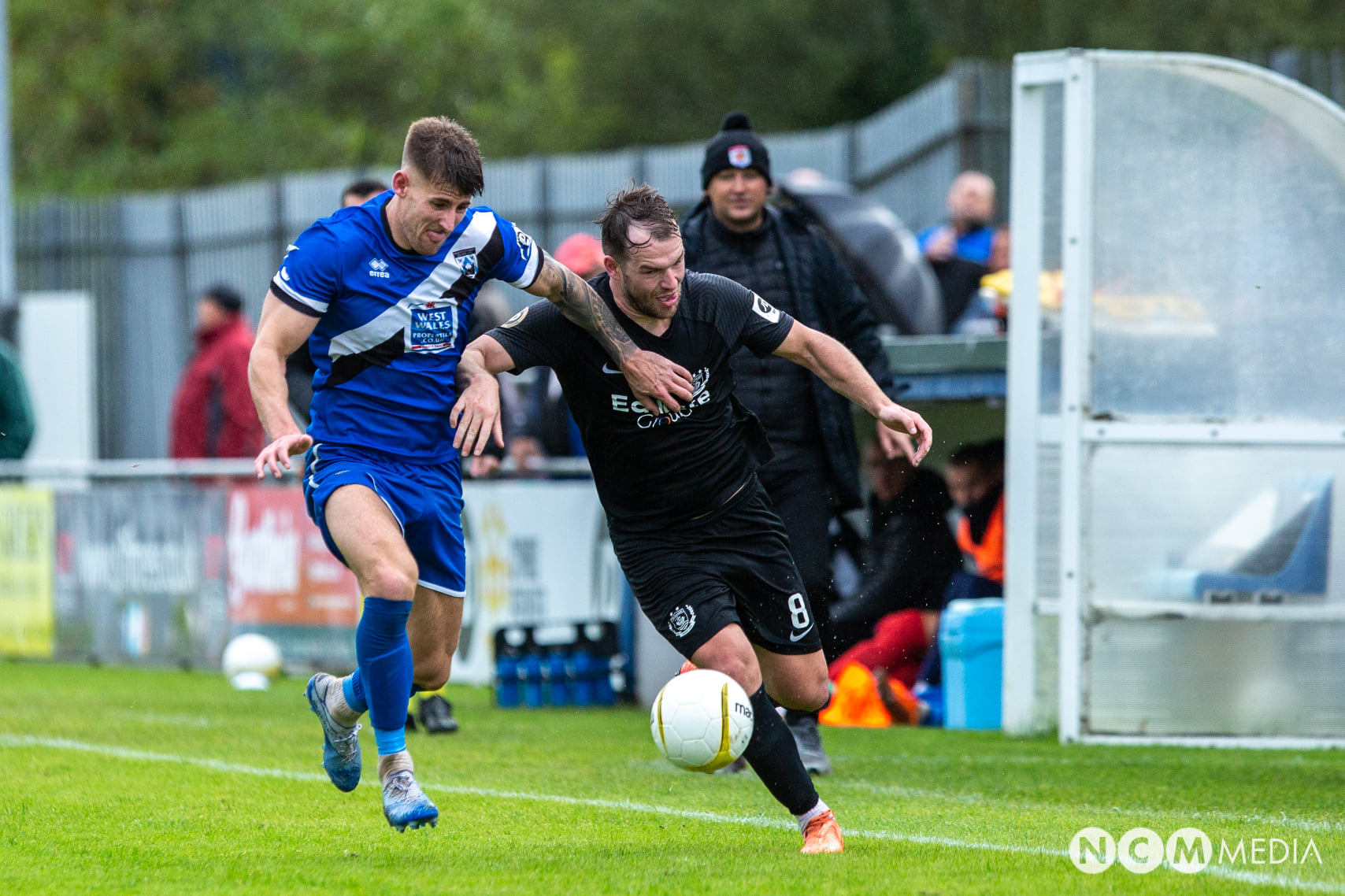 Neither side were at their fluent attacking best in the first-half, with Elliot Scotcher’s blocked effort and Jack Wilson’s shot from outside the area the closest the Bluebirds came to opening the scoring.

The visitors took the lead 10 minutes before half-time, when Alhagi Touray Sisay was adjudged to have fouled Nomads forward Jamie Insall inside the area, and Nomads captain Callum Morris made no mistake from 12 yards.

This was to be the Nomads’ only clear-cut opportunity of the entire 90 minutes, with the Bluebirds defence limiting Craig Harrison’s side to speculative efforts, as they dealt well with crosses into the area.

Wayne Jones’ side were much more purposeful in the second period, as they ramped up the pressure in search of an equalising goal.

They nearly made the perfect start to the second-half when Scotcher’s effort from distance flew just wide of the right post.

Touray Sisay, who had scored five goals in his last three matches, had a great opportunity to level matters with just over 20 minutes left to play. The striker was freed inside the area by Wilson, giving him a chance to shoot from close range, however a last-ditch challenge forced the ball behind for a corner.

Mason Jones-Thomas was introduced with just under a quarter of an hour left to play, and the young winger provided real impetus from the bench as the Bluebirds continued to push hard for an equaliser.

The hosts thought they had found that equaliser when Jazz Richards played Wilson through on goal, and the winger dinked the ball over Oliver Byrne but saw it stop agonisingly short of the goal line.

It appeared that it was going to be one of those afternoons for County. However, with just two minutes of normal time remaining, a cross into the area came off the head of captain Dylan Rees and onto the left post, taking it across the goal line.

The Nomads tried desperately to stop it going in, but Fawcett was alert to the situation and managed to force it from underneath Declan Poole and across the line to spark wild celebrations.

Bluebirds leave it late to beat Wingmakers in Welsh Cup