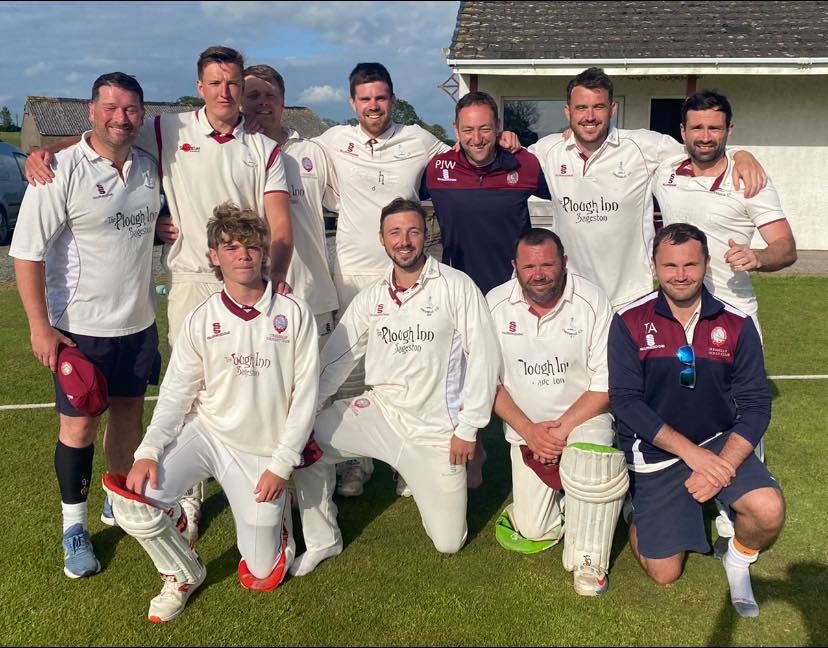 CRESSELLY booked their place in the National Round of the Village Cup on Sunday (Jun 12) as they beat Bronwydd by five wickets in the Dyfed area final.

Cresselly won the toss and elected to field and they were able to keep Bronwydd to a total of 224-7 in their 40 overs.

James Cale and Gareth John got their side off to a perfect start as they shared 104 runs for the first wicket.

Both fell in quick succession though as Cale was caught by Charlie Arthur off the bowling of Ryan Lewis on a score of 57.

John hit six fours in his score of 39 but he fell to the same combination.

That became 129-5 as Oliver Furneaux was bowled by Lewis.

Chris Phillips and Phillip Howell then shared 28 runs for the sixth wicket but Lewis again brought that partnership to and end as he bowled Phillips on a score of 17 (1 four, 1 six).

Howell also hit a six in his score of 26 but he was trapped leg before by Charlie Arthur.

That left Bronwydd on 178-7 but Steven Phillips and Matthew Bagshaw shared an unbroken stand of 46 runs.

Phil Williams and Simon Cole got Cresselly off to a steady start in their reply as they shared 44 runs for the first wicket.

Williams reached a score of 21 but was caught by Phillip Howell off the bowling of Rhufon Phillips.

Soon after, James Cale had Iwan Izzard caught and bowled for a duck and when Nick Cope also fell to the bowling of Cale, Cresselly were 67-3.

Cole and Dan James then shared 53 runs for the fourth wicket to keep their side in the game.

James hit two fours and a six in his score of 21 but he was caught by Phillip Howell off the bowling of Geraint Jones.

Alex Bayley joined Cole and the pair added another 48 runs for the fifth wicket.

Cole hit four fours in his score of 67 but he was then caught by Chris Phillips off the bowling of Rhufon Phillips.

Bayley and Ryan Lewis then shared a match-winning partnership of 54 runs to send the Pembrokeshire side through.

Bayley hit three fours in his unbeaten score of 40 while Lewis smashed two fours and two sixes to finish not out on 30 from 16 balls.

The Village Cup National Round (last 32) takes place on Sunday, June 19, and Cresselly have been drawn at home against Rolleston CC.

Rolleston play in the Derbyshire County Cricket League and currently sit third in their respective league.

Related Topics:BronwyddCressellyCricketVillage Cup
Up Next