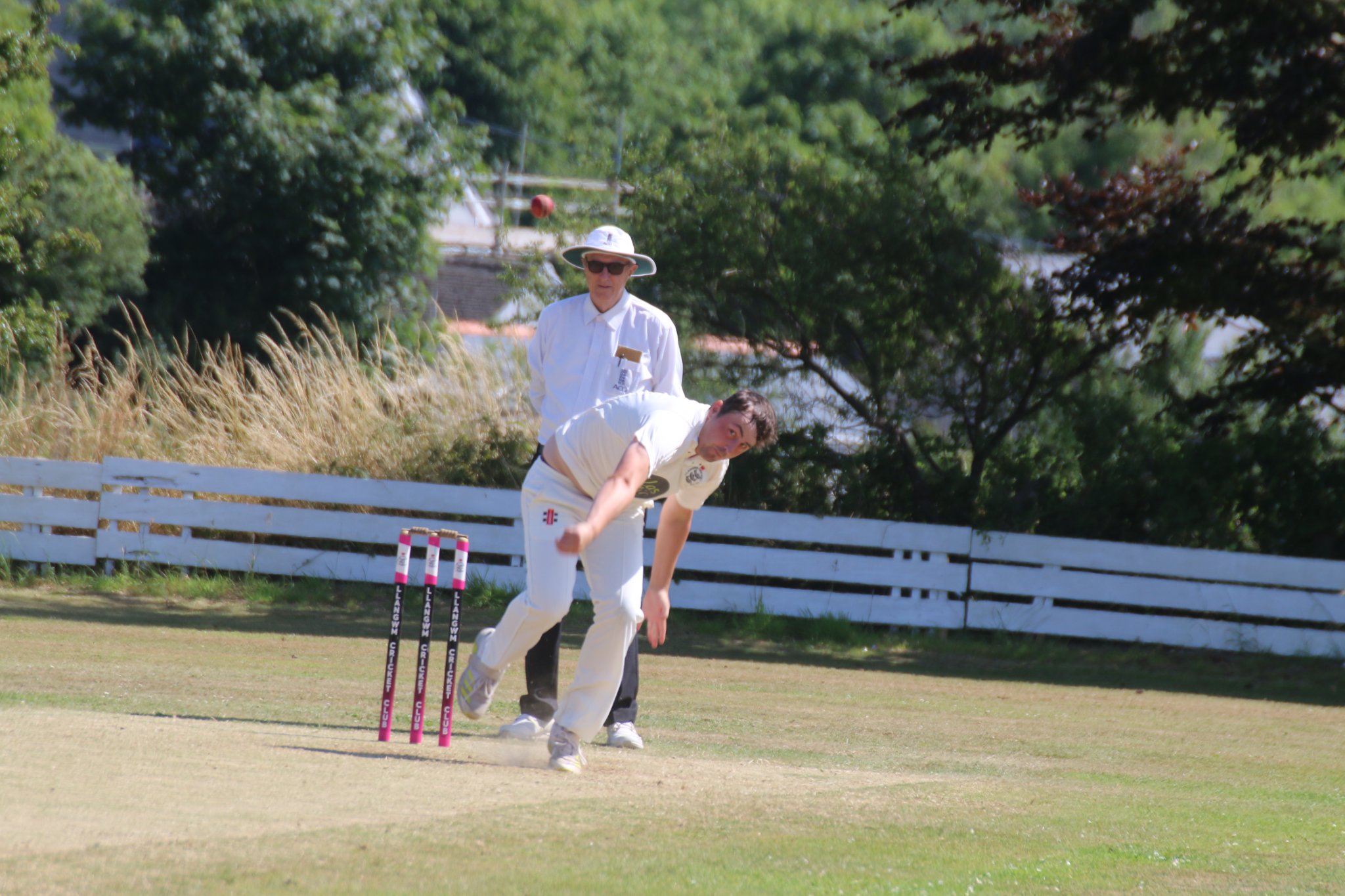 LLANGWM moved into fourth place in Division 1 on Saturday (Jul 16) as they beat Neyland by four wickets.

It is a further blow to Neyland’s hopes of retaining the Division 1 trophy as they now sit 22 points off the top with five games left to play.

Llangwm won the toss and chose to field and they soon had Neyland in trouble on 35-5.

Scott Jones and Ashley Sutton made scores of 15 and 10 but Noah Davies and Joe Phillips tore through the top order.

Brothers Sean and Patrick Hannon then led the recovery for Neyland as they shared 80 runs for the sixth wicket.

Patrick hit nine fours in a score of 48 but he was bowled by Noah Davies.

Sean Hannon and Andrew Miller then added another 50 runs for the seventh wicket as they looked to get up towards 200 runs.

Miller made a score of 25 but he was then bowled by Joe Phillips.

Jack John added 12 before also falling to Phillips but Hannon finished unbeaten on 55 with four fours and two sixes.

That meant Llangwm would need 187 to win but they lost a couple of early wickets in their reply, falling to 45-3.

Huw Brock, Noah Davies and Steve Mills all fell for single-figure scores but Will Beresford four fours and a six in his score of 32.

He was then stumped by Sean Hannon off the bowling of Gary Lloyd as Llangwm slipped to 64-4.

Joe and Matthew Kiff then shared 71 runs for the fifth wicket to put their side in a good position.

Joe Kiff hit one four and five sixes as he scored 37 from 25 balls but he was then trapped leg before by Scott Jones.

Kiff hit eight fours and three sixes in his score of 60 but he was caught and bowled by Gary Lloyd.

Ollie Davies then hit five fours in his scorte of 25 not out from 18 balls to see Llangwm to victory with seven overs to spare.

Carew ease to win over Lawrenny