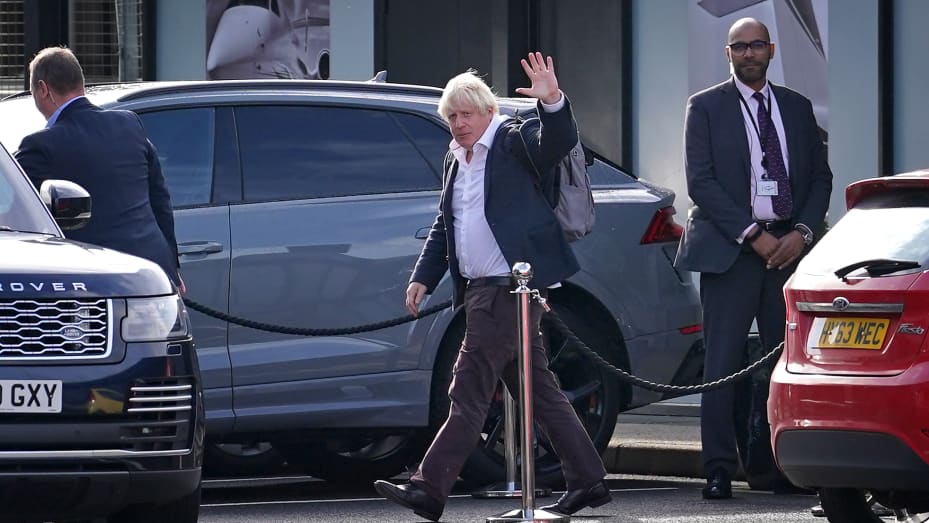 BORIS JOHNSON may run again for prime minister after Liz Truss’s resignation last week, despite being under investigation over claims he intentionally misled Parliament — an inquiry that could see him suspended or even ousted from politics entirely.

One ally told the Guardian that Johnson felt it was in the “national interest” for him to stage a return. Another said the Tory heavyweight felt his premiership had been unfairly “cut off before its time” and that he still had plenty to do at No 10.

However, the Conservative party announcement that the threshold to reach the ballot paper would be the support of 100 MPs made the prospect of Johnson running again look less likely, with some Tory MPs suggesting he could be wasting his energy by running.

A former minister, who is backing the former chancellor Rishi Sunak, said he believed it was highly unlikely Johnson would run. “The brutal truth for Boris is that his support has not shifted at all since he was ousted. Then he had roughly 40 MPs still backing him, maybe 20 more are soft votes.
“I cannot see him getting more than 60 votes so … he’s done. He will say he is grandly not putting himself forward for the good of the nation because he knows he’ll get stuffed.”

Team Rishi is preparing a coordinated push of MPs to tweet in support this evening, when he is expected to get a flood of declarations. “It will all be over by Monday night,” one ally predicted.

As a deeply divisive figure within the parliamentary party, who has an inquiry into the Partygate affair still hanging over him, Johnson remains popular with the Tory grassroots, who could get a say in the process of choosing a new leader. A YouGov poll earlier this week found 32% put him as their top candidate, ahead of Sunak at 23%.

MPs said they believed the influence of the rightwing ERG faction of the party, which previously backed Johnson, was “greatly diminished” by the collapse of Truss.

“It is very hard to see how anyone on the right of the party comes through now,” one long-serving Tory said. “But you will need people like Priti [Patel] in cabinet. If it’s all one nation types it collapses again in six months.”

The prospect of Johnson bidding for the top job sent many moderate Tory MPs into paroxysms of despair, and polling showed he remained unpopular with huge swaths of the public.

In an interview with LBC’s Andrew Marr, the former cabinet minister David Davis told Johnson: “Go back to the beach” while other Conservatives variously described the former prime minister as “electorally toxic”, “dangerous for democracy” and “Labour’s secret weapon”.

The veteran Tory MP Sir Roger Gale said: “We need to remember that Mr Johnson is still under investigation by the privileges committee for potentially misleading the House. Until that investigation is complete and he is found guilty or cleared, there should be no possibility of him returning to government.”

One senior MP said that a Johnson revival could lead to a spate of byelections with seats lost to Labour or the Lib Dems, undermining his premiership. “Plenty of colleagues would just give up or resign or not re-stand,” they predicted. Another MP told the Guardian: “If this happens I will immediately defect to the Labour party.”

One source close to Johnson claimed Tory donors had already been approached about funding a potential campaign, and that wealthy party backers had discussed the option at the Conservative conference earlier this month. “They actually buy into this hype that he will be back,” they said.

Over 1,000 school children learn how Pembrokeshire’s food is produced