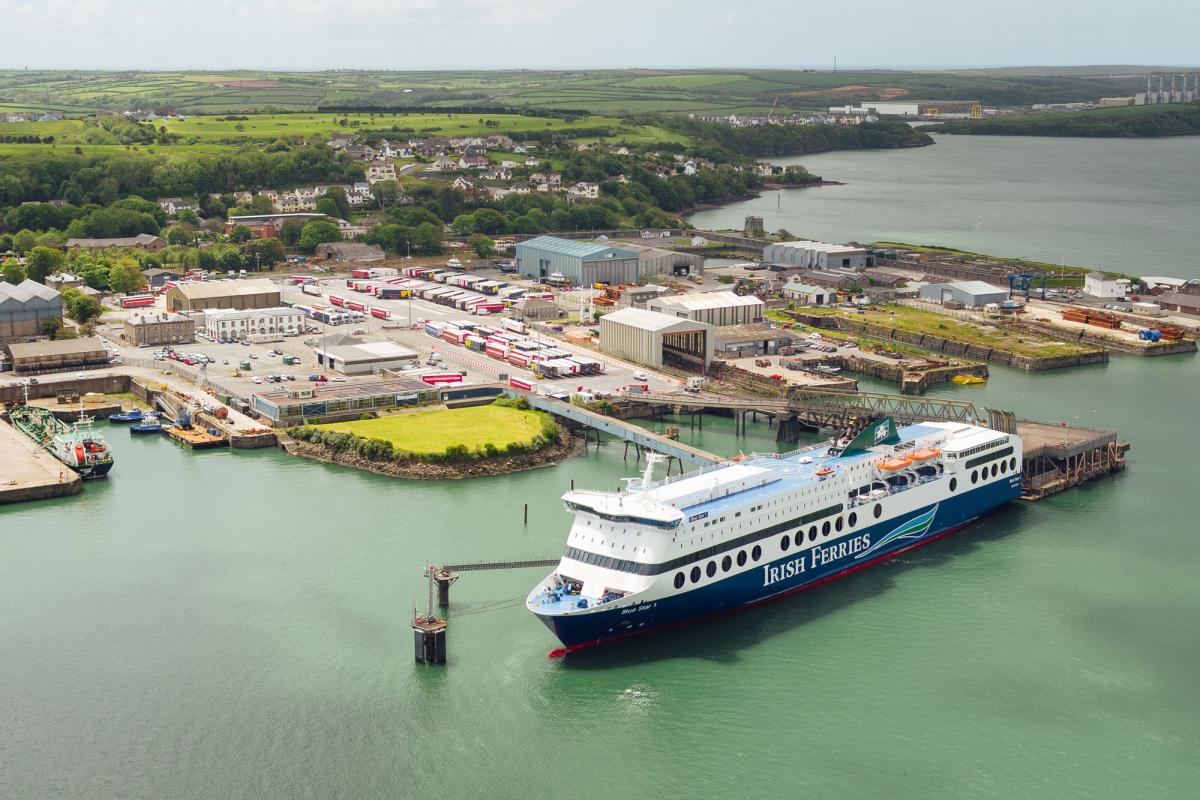 A PUBLIC-PRIVATE consortium has today (Nov 23) unveiled their bid for a Celtic Freeport, which they say will “deliver an accelerated pathway for Wales’ net zero economy.”

If approved, the bid could generate over 16,000 new jobs and generate up to £5.5 billion of new investment for the region.

Free ports or zones are designated by the government as areas with little to no tax in order to encourage economic activity. While located geographically within a country, they essentially exist outside its borders for tax purposes.

Companies operating within free ports can benefit from deferring the payment of taxes until their products are moved elsewhere, or can avoid them altogether if they bring in goods to store or manufacture on site before exporting them again.

Money saved on tax is used to pay for local projects, such as clean energy, and better local infrastructure.

In front of a packed audience, and on the eve of the Freeport bidding window closing, the bid team unveiled their vision to create a green investment corridor with long-term commitments on major port infrastructure upgrades, skills development and innovation, all rooted in the fair work principles and enduring trade union engagement.

The Celtic Freeport will, the backers claim, accelerate significant inward investment in new manufacturing facilities to support the roll-out of floating offshore wind (FLOW) from the Celtic Sea, while providing the backbone for a cleaner future based on the hydrogen economy, sustainable fuels, carbon capture, cleaner steel and low-carbon logistics.

The bid also proposes an ambitious skills agenda that will harness the skills-base, industrial assets and education providers of today for the jobs of tomorrow through dedicated green skills programmes.

On November 24 the Celtic Freeport Consortium will have submitted their transformational bid to the UK and Welsh governments for assessment.

If selected, the successful bid will be announced in the first quarter of 2023.

“We are excited to be partnering with Neath Port Talbot Council, Pembrokeshire County Council and the Port of Milford Haven on this bid, which will be transformational for the Welsh economy. It will also be vital in the push towards net-zero, with significant investments in clean energy assets, including floating offshore wind (FLOW). Port Talbot is the ideal location for the deployment of FLOW, and ABP is ready to invest over £500m in new and upgraded infrastructure to enable this,” Andrew Harston, Director Wales and Short-Sea Ports, Associated British Ports (ABP).

Karen Jones, CEO, Neath Port Talbot Council told The Pembrokeshire Herald: “We are very pleased to be working in partnership on a bid that has huge potential to transform the economy of Port Talbot and the wider regional and national economy. Energy has played an enormous role here historically. Harnessing the potential of green energy through our existing assets to create a sustainable and low carbon future is a prospect that has our full support,”

Will Bramble CBE, the new Chief Executive of Pembrokeshire County Council added to Ms Jones’ comments. He told this newspaper: “The Celtic Freeport’s green investment and innovation corridor will act as a clear signal to the international investment community that south-west Wales is open for business and will remain a central pillar in the country’s green energy future. Our plans will create a more secure national energy supply and help diversify the region’s industrial base as Wales accelerates its transition to a decarbonised economy, with many fresh opportunities for future generations,”

Tom Sawyer, CEO, Port of Milford Haven boasted: “The details of our collective bid stir up many emotions for me. It makes me feel incredibly excited about the wealth generation opportunities the freeport will deliver for regional businesses, alongside the well-paid career choices for future generations.

Mr Sawyer added: “I am really optimistic about the life-changing impact this level of economic regeneration can have on local families and communities, and proud that our collaborative approach will accelerate Wales towards a bright, sustainable future,”