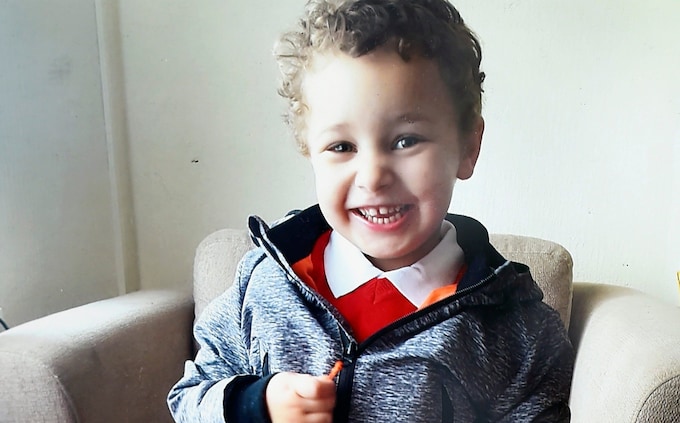 A SAFEGUARDING review has found cross-agency failings contributed to the death of five-year-old Logan Mwangi at the hands of his mother, her partner, and a teenager living with the family.
A boy described as “smiling, cheerful, bubbly” had his life cut short through the sustained, brutal cruelty of those he lived with.
Logan’s mother and stepfather used Covid regulations as a shield behind which they hid their abuse of him.

In gruelling detail, the report by Cwm Taf Morgannwg Safeguarding Board sets out a series of missed opportunities by healthcare staff, Bridgend social services, and South Wales Police to share information that might have protected Logan from the violence which led to his death on July 31, 2021.
Logan died after suffering blunt force abdominal injury, traumatic injuries to his brain and ischaemic brain damage (usually associated with attempted asphyxiation).
After carrying his corpse to the side of the River Ogmore, his killers dumped his body.

His mother, Angharad Williamson, 31, stepfather John Cole, 40, and stepbrother Craig Mulligan, 14, were all convicted of murder and received life sentences following a trial at Cardiff Crown Court earlier this year.
Logan, who was of mixed race, suffered particular abuse from Cole, a former member of the National Front with a lengthy criminal record for violent offences, including assaulting a child.
The report notes that Cole and Mulligan “held and expressed racist and discriminatory views that one would expect to have made life very hard for Logan within the family”.

A RECORD OF INJURIES

The year before his death, Logan attended Accident and Emergency, battered, bruised, and with a fracture to his upper right arm.
Despite the family already being on social services’ radar, police and social services decided no basis existed for further intervention with the family – partly because hospital staff did not share the full extent of Logan’s injuries with them.
Logan was found to have sustained “wider bruising and injuries”, including an injury near his genitals, bruises to his ankle, bruises to his forehead, bruising to the top of both ears, bruising behind one ear, bruises to both cheeks and a carpet bruise to his chin. The area around his broken shoulder was also extensively bruised.
Doctors never shared the details of the further injuries, identified after a review by a paediatric specialist, with Police or Social Services.

THEY NEVER LISTENED TO LOGAN

Those injuries’ details paint a disturbing picture of sustained violence against a defenceless child who could not rely on his mother to protect him from abuse.
The report notes that the relevant agencies never spoke directly to Logan about his injuries.
The report concludes: “Several injuries, even in isolation, should have triggered a referral.
“If the injuries were considered by health professionals to be non-accidental, there should have been clear considerations to the number of injuries and site on the body, parental supervision being afforded to Logan and if wider agencies’ support was required.
“This again should have triggered a child protection referral.”
The authorities never contacted Logan’s birth father about any of their concerns following an unsupported claim of domestic abuse against him made by Williamson.
The report finds that regardless of the claim – which was not backed by any evidence or record of complaints – Logan’s father should have been part of the decision-making process regarding his son’s care. Logan’s father was never told that his son was on the Child Protection Register or that he’d been removed from it.
And it’s not as if social services were unaware of Cole’s appalling history of violence or oblivious to signs that something was amiss within the family unit.
Social services repeatedly engaged with the family for months before Logan’s murder. They noted Cole’s controlling behaviour, unwillingness to have anyone speak with them but himself, and an unexpected deterioration in Logan’s stammer.
The day before Logan’s death, a social worker visited the family’s home about concerns relating to another child living with Logan, Williamson, Cole, and Mulligan.
She neither saw nor spoke to Logan because she was told he had tested positive for Covid-19.
Within 24 hours of that visit, Logan was dead – beaten to death – and his body was left by the riverside.

Plaid’s South Wales West regional MS, Sioned Williams, said: “The report outlines the extent to which multiple agencies worked with Logan and his family in the years before his death.
“Many local and national recommendations have been made. I have no doubt that the specific recommendations made to the Welsh Government will be discussed within the Senedd as a matter of urgency.
Sioned Williams added: “The Welsh Government must ensure vital services are properly resourced and commission an independent review of children’s social work across Wales, as called for previously by Professor Donald Forrester and the British Association of Social Workers Cymru.”
The Welsh Government has previously refused to consider such a review, a fact referred to by Welsh Conservative Shadow Social Services Minister Gareth Davies.
Mr Davies said: “Not only do we see a reluctance to escalate Logan’s situation in the face of obvious evidence and agencies working in silos, not sharing information, but understaffed departments that prove concerns about the high dependency of agency workers leading to cases like this are vindicated.
“It is clear that in addition to Bridgend Council implementing the report’s recommendations, we need a Wales-wide review of children’s services which, sadly, Mark Drakeford continues to block despite Wales being the only UK nation not undertaking one and having the UK’s highest rate of looked-after children.”