Simon Chaplin, 62, flicked a switch on the dashboard of his red Peugeot 309 and “colossal” amounts of smoke came out of the exhaust pipe.

A DRIVER from Whitland tried to shake off a pursuing police officer by activating a James Bond-style smoke screen.

Simon Chaplin, 62, flicked a switch on the dashboard of his red Peugeot 309 and “colossal” amounts of smoke came out of the exhaust pipe.

Chaplin had a bucket of diesel behind the passenger seat, connected to a pump with a pipe leading into the exhaust. An electrical system linked to the pump, battery and a dashboard switch. At the flick of the switch diesel was dripped into the hot exhaust pipe to produce clouds of smoke.

James Belton came across the chase, going in the other direction.

“I thought his engine had blown. The smoke was covering both carriageways and I had to slow to five miles an hour,” he told police in a statement read to Swansea crown court.

PC Birch said he wanted to stop the Peugeot because it had a “DE JURE” number plate, which “didn’t  look right.”

He turned around on the B4329 near Haverfordwest, west Wales, and was met by clouds of smoke as Chaplin accelerated away and flicked on the smoke device.

Pc Birch followed Chaplin through country lanes and villages, but sometimes only by the smoke because he couldn’t actually see the Peugeot.

“There was a vast amount of dense smoke coming out the back. It completely obscured the road.

“I had to slow down and keep a distance. I knew when he had turned left only by following the smoke he left behind,” he said.

“At times I came to an almost complete stop because of the smoke.

“I had to look across the top of the hedgerows to see where he had gone.

“For a while I could not see the car but in the distance I could see the smoke going up a hill towards the village of Crundale.

“I caught up with him but the smoke kept coming thick and fast.”
PC Birch cornered Chaplin in the farmyard. He got out of the Peugeot and appeared to hide something behind a post.

PC Birch told him he was watching and Chaplin retrieved a replica 9mm self loading automatic firing Beretta handgun and put his hands up.

Chaplin, recently of Llanfyrnach but now of Parc y Delyn Uchaf, Hebron, near Whitland, Carmarthen,  was convicted of causing a danger to other road users by deliberately causing smoke to be emitted, but cleared of possessing an imitation firearm in a public place.

Chaplin told the jury that on January 19, six days before, he had been attacked by police officers, who dragged him out of his mechanical digger and knocked his head on the ground several times.

He said they later drove him to Withybush hospital, Haverfordwest, where they put him inside an ambulance. After being treated he was placed back into police custody but returned to hospital by the officers when he became unwell.

Chaplin said he saw PC Birch activate a flashing blue light “but sort of panicked” and feared he was going to be beaten up again.

Chaplin said the car, the smoke making “contraption” and fake Beretta–which could, in fact, only fire ball bearings–all belonged to a David Llewellyn.

He said the smoke machine had been designed to get rid of moles.

James Hartson, prosecuting, pointed out that moles lived underground but Chaplin said that during normal usage a pipe would be connected to the end of the exhaust and pushed into the molehill.

Chaplin will be sentenced later and was granted bail meanwhile.

But the judge, Recorder Elwen Evans QC, warned him that a prison sentence could be the outcome. 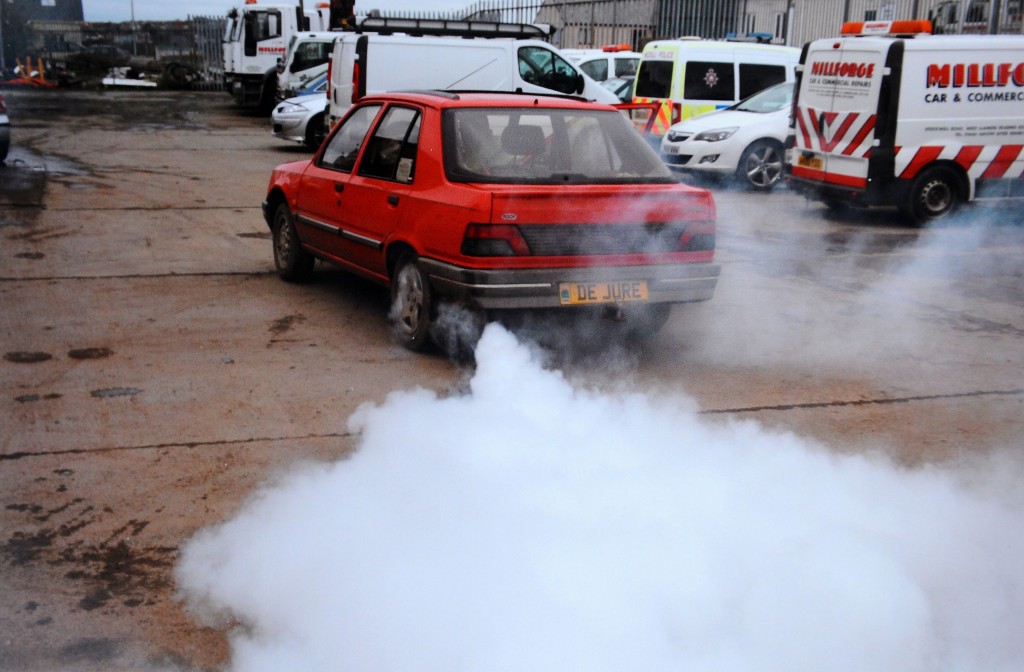 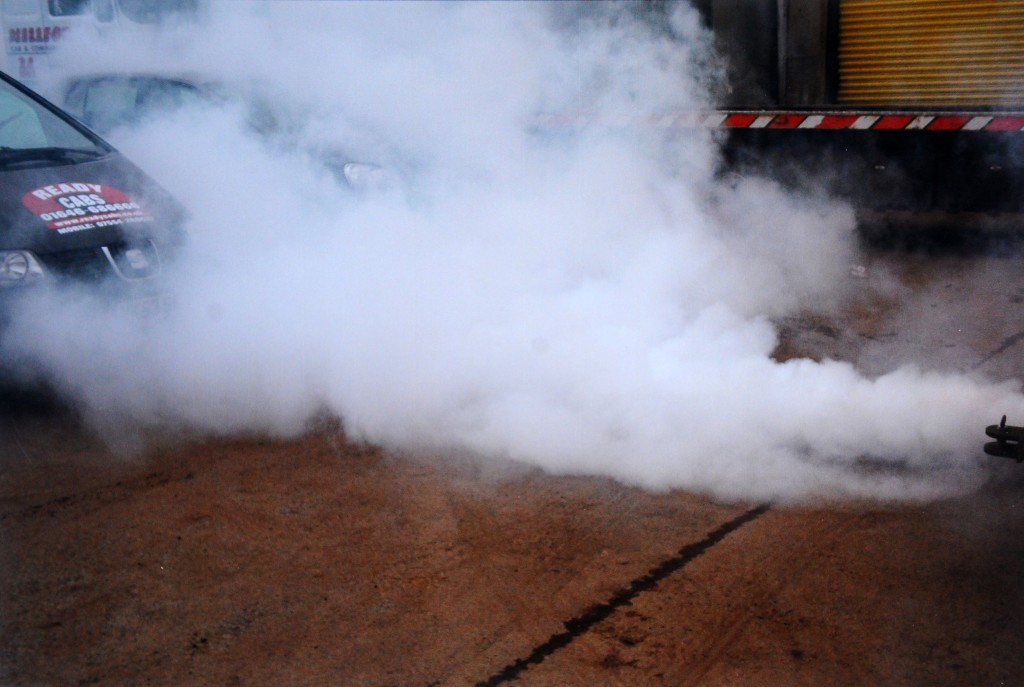 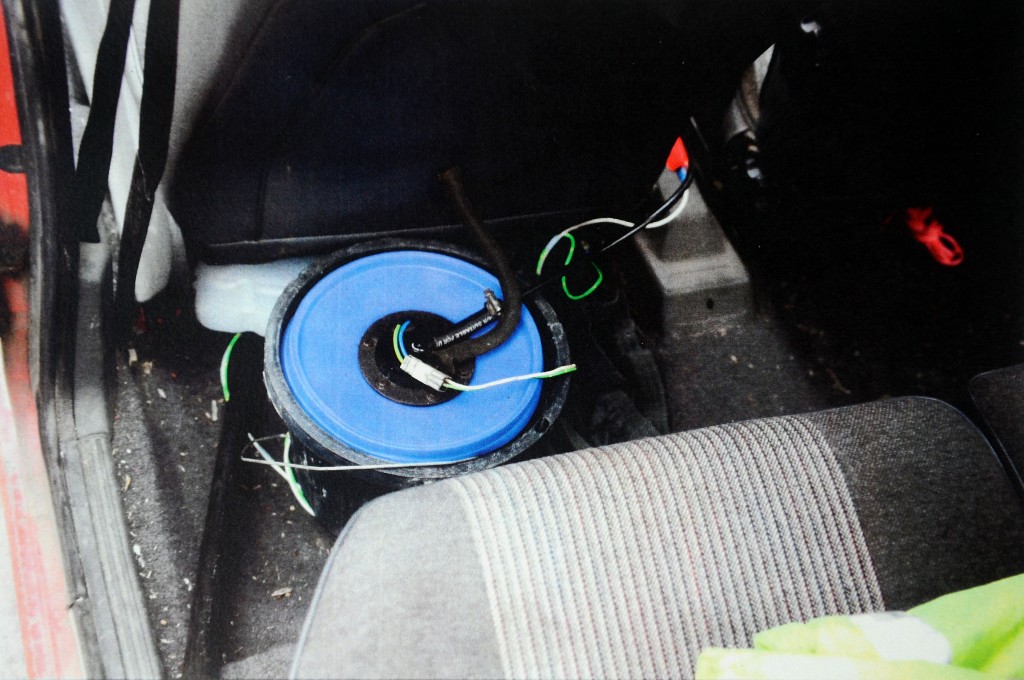 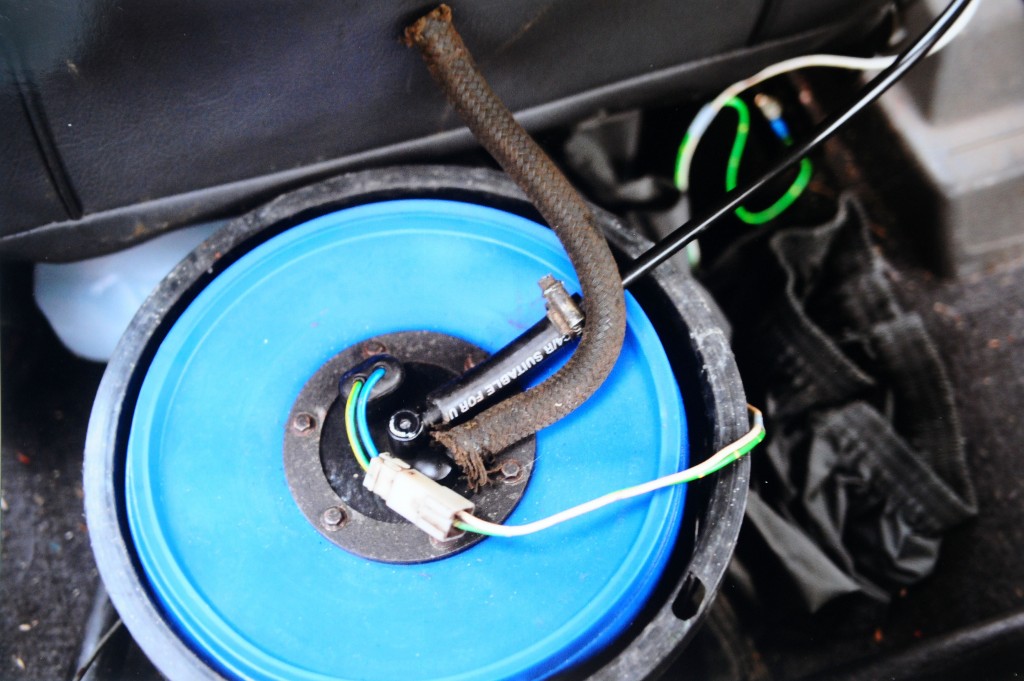 Pembrokeshire quarries are the source of Stonehenge rock