THE OPERATORS of livestock markets in west Wales have been warned by a judge today they are “skirting with the law” if they pretend not to know they are dealing with illegal food traders.

The warning came as Robert Gordon Thomas, 39, was sentenced for blowtorching old sheep fit only for the pet food industry and turning them into £276,000 worth of “smokies.”

Smokies, Swansea Crown Court heard on Wednesday (Dec 23), were considered to be a delicacy by Africans living in London.

Thomas, now of Nant y Croi, Ferwig, near Cardigan, blowtorched the carcases and turned £25 ewes into smokies worth between £80 and £150 each.

Huw Rees, prosecuting, said Thomas had not produced any accounts—not even a single bank account—and “may be hiding his money elsewhere.”

But it was known he had bought sheep that were either old or of poor quality at livestock markets in Dolgellau and Welshpool and may have dealt in up to 2,300 sheep.

He was operating, said Mr Rees, on behalf of Julian Jones, who was wanted for prosecution but who had fled to Columbia in south America.

Judge Paul Thomas said he would found it “unusual and surprising if the markets were not aware of local gossip” about who was involved in the smokies trade.

“If they think they can hide behind a lack of co-operation I hope at some point someone will disabuse them of that notion.

“Those responsible for these markets are skirting with complicity in these offences,” he added.

Mr Rees said the offending took place at Trecagal farm at Bangor Teifi, near Llandysul. The farm was owned by Julian Jones but run by Thomas.

Jones, said Mr Rees, had a long history with smokies and was currently banned from having anything to do with animals.

To get around the ban Jones had needed others to help him.

Environmental health officers who raided the farm found sawn off sheep legs scattered around, even into woods and rivers.

Thomas, said Mr Rees, had supplied Jones with the smokies.

Questioned about the scale of the operation, Thomas had produced either no accounts or only “fanciful” accounts which made it impossible to be sure as to how much profit had been made.

Judge Thomas said he would impose a financial penalty—and respond to a prosecution request for £32,000 in costs—on January 29 by when he expected to see four years of bank accounts. If Thomas did not produce them “I will drew the necessary inferences.”

Mr Rees said Jones had made the most profit, but he was outside the jurisdiction of the court.

Mr Rees said the supply of smokies caused harm to the environment, risked the food poisoning of anyone who ate them, and tarnished the image of honest farmers.

Thomas had been convicted twice before of contravening environmental laws—once for running a private, unlicensed slaughter house and once for burning cars to recover scrap metal.

Huw Rees Davies, representing Thomas, who admitted conspiring with Jones to contravene the 1990 Food Safety Act, said those who ate smokies were not vulnerable and knew what they were eating.

Thomas, he said, had rented Trecagal from Jones and had fallen behind with the rent. To catch up he had agreed to buy sheep for Jones.

Judge Thomas said he had known that he was dealing in smokies, which posed a health hazard and were “wholly unsuitable for human beings.”

He said he accepted that Jones had been the prime mover, but he could not have done it without the connivance of Thomas.

Judge Thomas said he had a history of ignoring laws when it interfered with him making a “fast buck.”

But he would give him “one final chance to stay out of custody.”

Thomas was jailed for 28 weeks, suspended for two years, and ordered to carry out 200 hours of unpaid work for the community.

Judge Thomas said he would deal with the financial consequences of his offending on January 29. 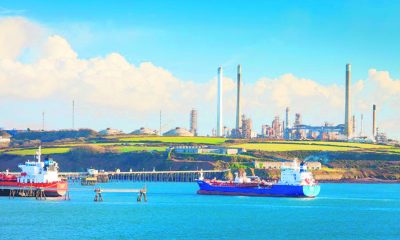