ANNOUNCING its £132m budget for higher education funding in Wales, the Higher Education Funding Council for Wales (HEFCW) has discontinued previously funded part-time post-graduate study with effect from the beginning of the next academic year.

In February, the body’s Chief Executive Dr David Blaney said: “Our commitment to widening access to higher education also recognises the importance of postgraduate study in ensuring fair access to the professions and higher-level skills.”

And in further bad news, HEFCW has now warned that the increasing cost of the student tuition fee grant could also impact higher education funding.

HEFCW received a reduced budget from the Welsh Government this year, though the cut of £11m was less than originally feared after a fierce campaign in the Assembly to prevent a more savage funding reduction.

Scrapping support for part-time postgraduate study – which received £6.5m last year – was one of the outcomes of a lower budget settlement, it said.

Dr David Blaney, Chief Executive of HEFCW, said: “Universities and colleges form the bedrock of our communities and economy, and we are pleased to still be able to invest in both our citizens and economic growth.

“Using HEFCW funding, universities and other higher education providers can continue to ensure part-time courses are as accessible as possible by keeping the cost down. These courses must continue to be an attractive option for students whose circumstances are not suited to a fulltime course.

“Universities can use their research funding to build on the excellent work recognised in 2014, where almost a third of Welsh research was leading the way across the globe, with a further half held in high esteem internationally.

“This investment allows universities to continue to attract and retain staff, invest in facilities, innovate and invent, secure investment, influence policies, and contribute to economic growth. Research funding accounts for over 60% of our total allocation and, as the largest public investor in research in Wales, we are pleased that we can continue to provide universities with this critical research funding.”

Dr Blaney highlighted the impact of the Welsh Government’s totemic tuition fee policy: “The increasing cost of the tuition fee grant may impact further on these funding allocations.

“The findings of Professor Sir Ian Diamond’s independent review of higher education funding and student finance arrangements will be critical to informing a future policy that provides a sustainable balance of investment between Welsh students and Welsh higher education providers.

“I cannot stress it enough: government expenditure on higher education is not just a cost, it is an investment in the future of Wales. Universities are employers, educators, influencers and investors. Successful universities are an essential part of a strong and prosperous nation.

“All Welsh universities and higher education providers are charities, so any remaining income – after they have provided for the needs and expectations of their students, paid their staff and maintained their estate and infrastructure – is used to invest in improvements to the facilities and buildings, and is used as leverage to attract loans and investments for largescale projects.

“Our investment will ensure that students at universities and higher education providers in Wales can continue to be confident that they will receive the quality student experience for which universities in Wales are renowned.”

The Welsh Government’s student finance arrangements have been described as ‘unsustainable’ by virtually every higher education body that responded to a call for evidence made in connection with a review of the Welsh Higher Education system headed by Professor Sir Ian Diamond.

UK students are the most tested in the world 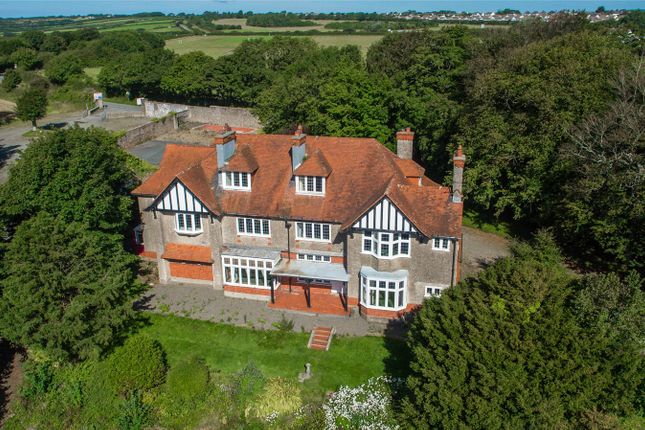 A NEW independent sixth form is set to open in Haverfordwest in September 2021. The latest addition to Castle School, which relocated to Haverfordwest in 2020, the new sixth form will offer 20 different A Level subjects and a BTEC in business through bespoke study programmes that include options to study online or in the sixth form. Students will also get the option to complete work and study placements abroad.

The launch of the sixth form comes after a busy year for Castle School, which relocated from Narberth to Haverfordwest in September 2020, taking over and refurbishing Glenover House, a beautiful old ‘gentlemen’s residence’ that had been empty for five years. The move enabled the school to expand and increase its educational provision.

In addition to its main building, the school has a cookery school and performing arts facility in Snowdrop Lane, and a further site on Snowdrop Lane which is being specially converted to create the sixth form centre. The site will also include an indoor sports facility for whole school use.

The sixth form is designed with flexible study in mind: as well as offering a broad range of subjects and the ability to study online from any location, it will provide instant access study support as well as face to face teaching. In addition, students will get the option to study for one of their A Levels at Pembrokeshire College, in order to experience a different learning environment.

Other milestones for Castle School this year include the opening of a second independent school, Westward House, in St Clears and the purchase of a narrow boat, which will be moored on the Avon and Kennet canal. This will give pupils opportunities for short residential trips to Bristol, Bath and beyond.

“With a floating hotel licence, our newest acquisition will enable small groups of pupils to take their studies further afield and benefit from enhanced learning, extracurricular boating skills and a look at the wider world,” said Harriet Harrison, owner of Castle School and Westward House.

“Things have been tricky over the past year, but along with many others we have seen the difficulties of a world of Covid not as an opportunity for excuses but as a time for stepping up, working harder and making things better and stronger wherever possible. Our schools are thriving, and despite being desperate to get back to normal, we have used this time to improve our facilities for all the children in our care who are coming back after these long periods of lockdown and remote schooling. We can’t wait to see everyone.” 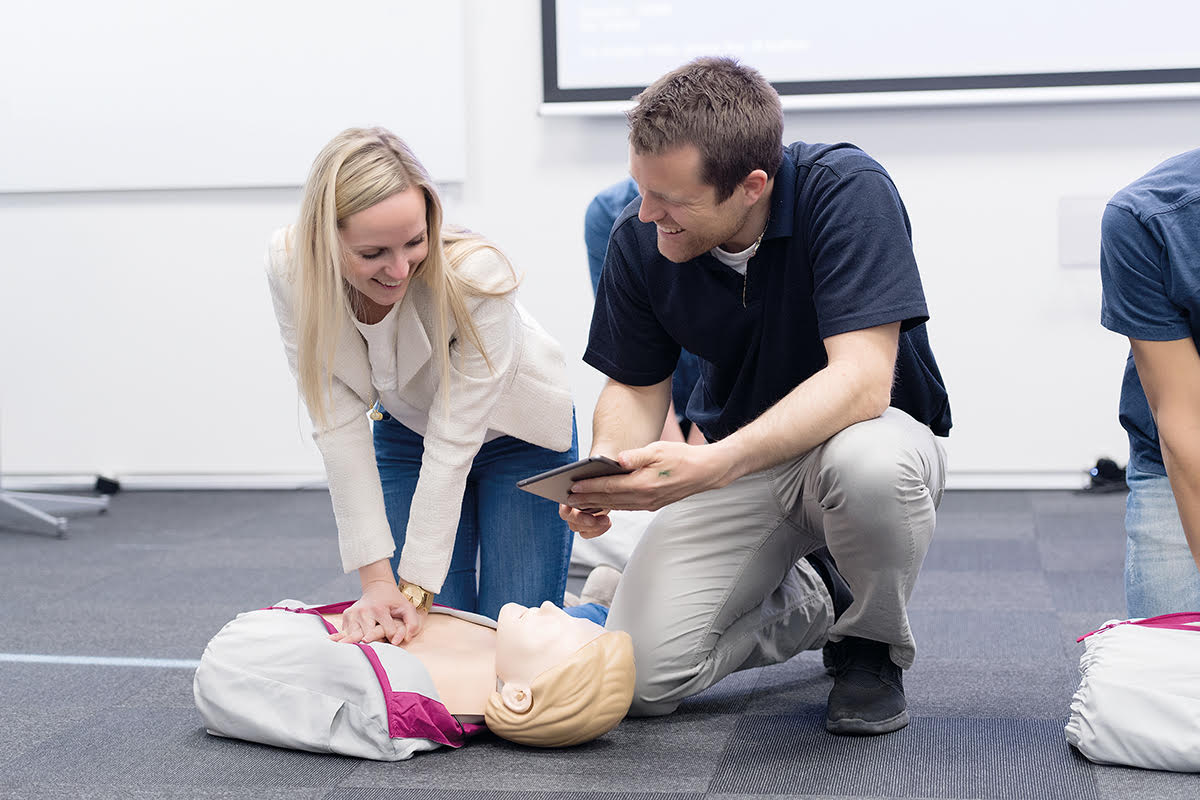 SCHOOLS in Wales will now teach first aid and lifesaving skills as part of the new curriculum.

Wales will join England and Scotland by introducing first aid and lifesaving kills to their national secondary education curriculum.

Kirsty Williams, Education Minister had previously rejected the calls for emergency resuscitation skills to be compulsory in school.

Cardiopulmonary resuscitation (CPR) was introduced in the secondary school curriculum in England in September 2020.

Local authorities in Scotland have also committed to introduce lifesaving skills to their secondary education curriculum.

The British Heart Foundation had backed the campaign for CPR to be taught in schools.

In a long fought battle, Suzy Davies, a Welsh Conservative Member of the Senedd for South Wales West, secured the commitment from the Welsh Education Minister in the course of debating amendments to the new Curriculum and Assessment (Wales) Bill, which will make sweeping changes to the way Welsh children are educated.

The new curriculum for Wales is planned to come into force from 2022.

Children, parents, families and medics have long argued that regular teaching of CPR in particular will raise our children to have the skills and confidence to step in and save the life of someone in cardiac arrest if they encounter them outside a hospital setting.

The commitment was included in the Welsh Conservative manifesto for the Assembly election in 2016, and Suzy Davies, the Shadow Education Minister, said:

“After 10 years campaigning for this, I was beginning to wonder if it would ever happen.

“From securing cross-party support for this in my early days as an Assembly Member, through several debates and pitches to different Ministers, on to my own proposed legislation which found favour among Senedd Members, it was difficult to understand why Welsh Government was so resistant.

“In this country, our chances of surviving a cardiac arrest outside hospital are as poor as 10%. In countries around the world where teaching CPR and defibrillator use is compulsory, those odds improve dramatically. These skills are quick and easy to learn and easy to remember.

“ Alun Davies MS – himself a cardiac arrest survivor – has rightly argued that we should be able to learn these skills at any time in our lives and that defibrillators should be a commonplace feature of our public landscape. I couldn’t agree more – but how simple it is to ingrain these skills from an early age and raise generation after generation of lifesavers.”

Under the new curriculum, teachers must follow statutory guidance made by Ministers to support various aspects of the new way of teaching. After changes guaranteed by the Education Minister, this guidance will now instruct teachers that they should teach lifesaving skills and first aid: It is no longer optional.

The mandatory teaching of life saving skills and first aid (not just CPR) has been supported by the medical profession, including paramedics and fire service co-responders, as well as charities like St. John’s Cymru, British Heart Foundation, Calon Defibrillators, Cariad and the Red Cross.

It is taught through many youth groups, including Torfaen Sea Cadets who trained Aneurin Metcalfe, the young man who saved someone’s life only this week. 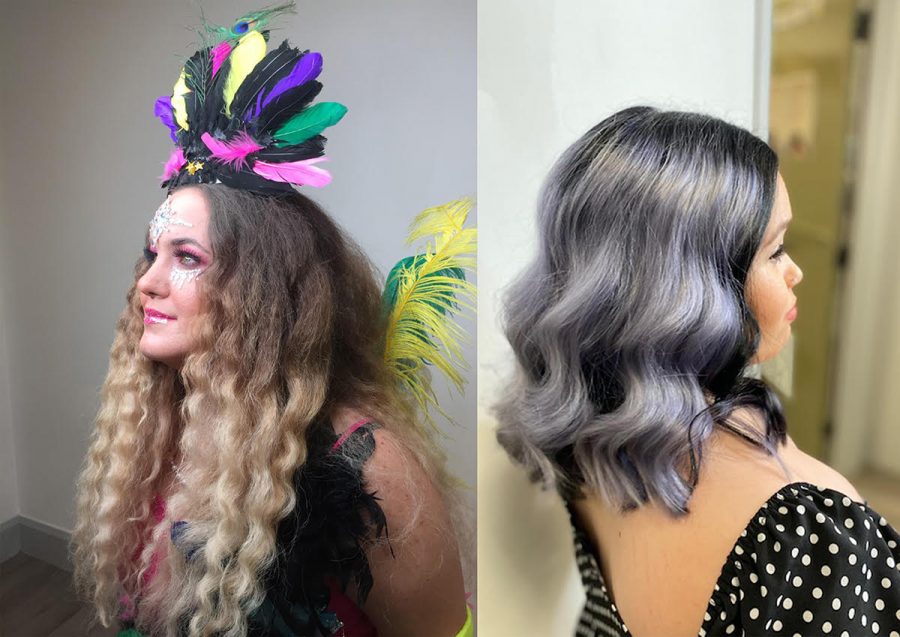