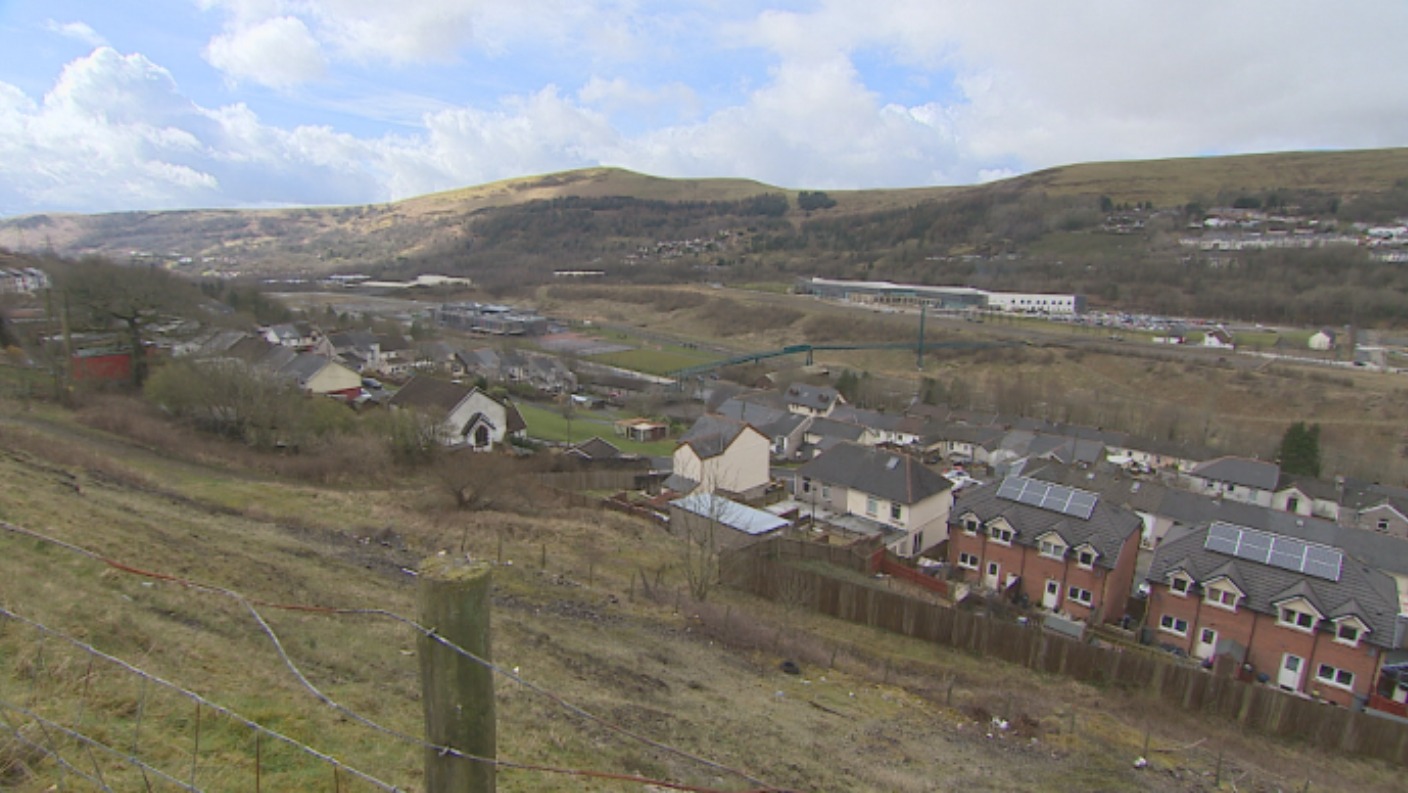 THESE days a huge amount depends on how well a young person does at school in year 11.

Whether they can go on to study A levels or even do an apprenticeship often depends on getting the golden ticket of 5 A*-C GCSEs. Yet the latest 2016/17 GCSE Examination results show that a huge proportion of our young people are not getting to this level, with those who are eligible for Free School Meals (FSM) doing much worse.

The cohort sitting their GCSE exams last year were the first to take the new versions of GCSE Maths and English. The overall proportions of year 11’s achieving 5 A*-C GCSEs including maths and English/Welsh first language have dropped from 60.3% in 2015/16 to 54.6% in 2016/17. There is also a dramatic drop in students achieving any 5 GCSEs A*-C, from 84% to 67%.

Reasons for the changes

Maybe students had not adjusted well to the changes to GCSE exams last year; early entry into exams might also have played a role. The Welsh Government advises that comparisons to previous years should not be made due to several changes to performance measures data. However, do these changes explain why the drop in achievement between last year and the year before is larger for those eligible for FSM and why the attainment gap is still not shrinking?

Effect it could have on young people

Many opportunities for young people are reliant on them achieving 5 A*-C GCSEs. Taking A-levels and most further education courses and even some apprenticeships require young people to have those crucial GCSEs. So, what about young people who leave school without those qualifications, which this year has increased?

The Bevan Foundation’s project is currently ongoing with findings due out early next Spring. To find out more on the better opportunities for young people project, please go to http://bit.ly/2CerDNH

New specialist pre-school to open in county of Pembrokeshire 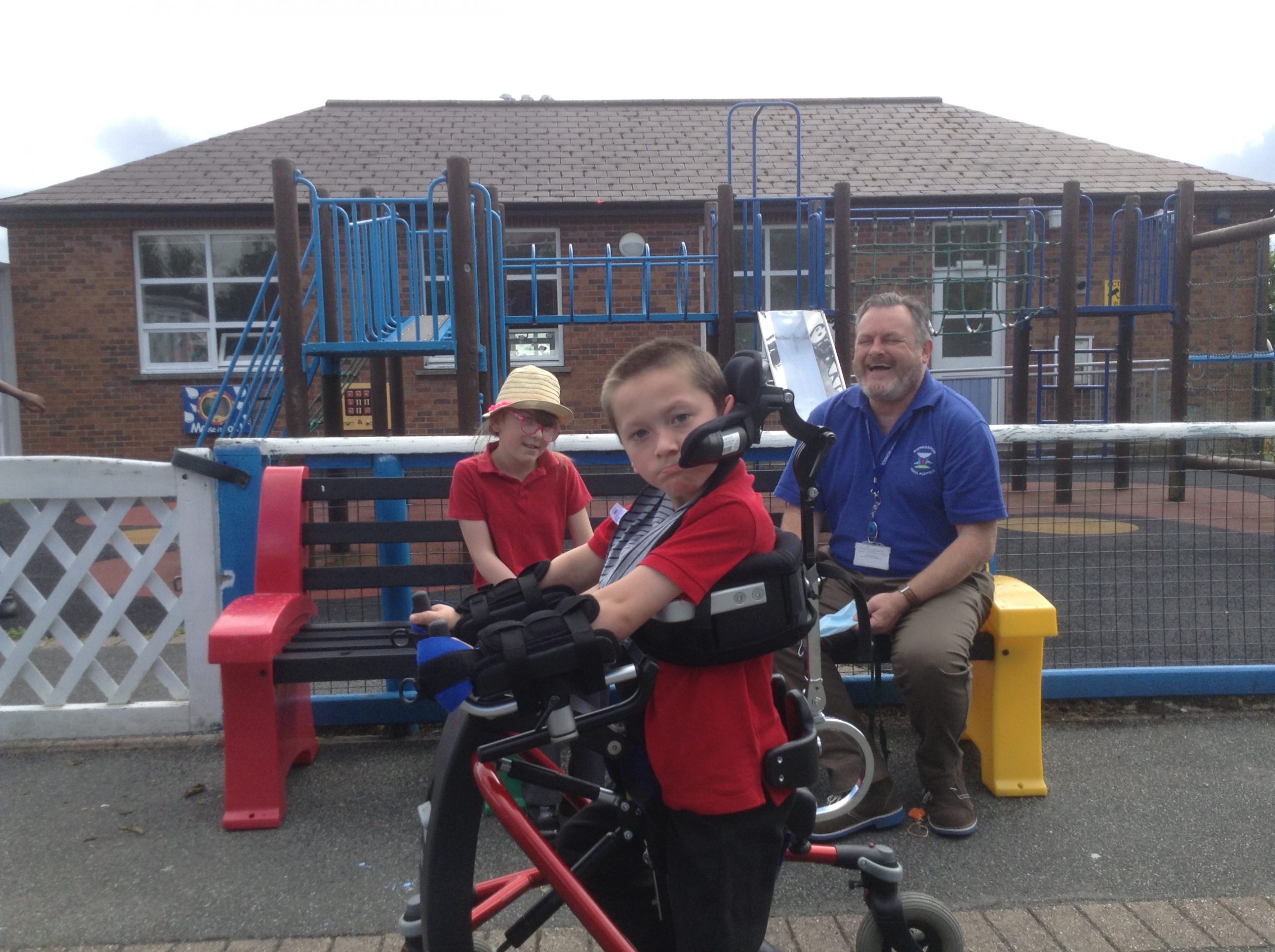 PEMBROKESHIRE COUNTY COUNCIL says it is pleased to announce an exciting new partnership with Portfield Special School to develop an Early Years Pre-school at Pennar for children with additional learning and complex medical needs between the ages of two and five.

The provision, which will be registered as Portfield Pre-School Pennar, will open in September, and will provide play and childcare opportunities for early years children.

The Council is currently working with parents of children who previously attended SNAP playgroup to communicate these changes.

“We are very pleased to be able to say that several of the staff from the SNAP specialist playgroup have agreed to work with us in this partnership, so current users of SNAP will see plenty of familiar faces,” said Cllr Guy Woodham, the Council’s Cabinet Member for Education and Lifelong Learning.

Damian Hewitt, Headteacher of Portfield, said: “We are delighted to be part of this initiative which will provide a smooth transition into statutory education for our most vulnerable learners whilst providing early intervention and support to assist those where mainstream school may be a more suitable and inclusive option.

“It is our intention to work with Pembrokeshire County Council to grow the service with Portfield acting as a central support hub as we work with other settings across the County.”

He went on to say: “Portfield is a county-wide resource and our vision is to work with the Council and Early Years settings to develop this model further with other satellite sites opening in the future.”

Cllr Woodham said the partnership intends to increase the reach and accessibility of specialist support across the county.

“Having the Early Years relationship with Portfield will give parents the reassurance that their children’s needs will be fully supported either in a specialist environment or with outreach support in their own locality,” he said.

“The opening of the pre-school in Pennar will provide the continuity of setting and staff which is so important for the learners.”

Pictured is Headteacher of Portfield Damian Hewitt with pupils 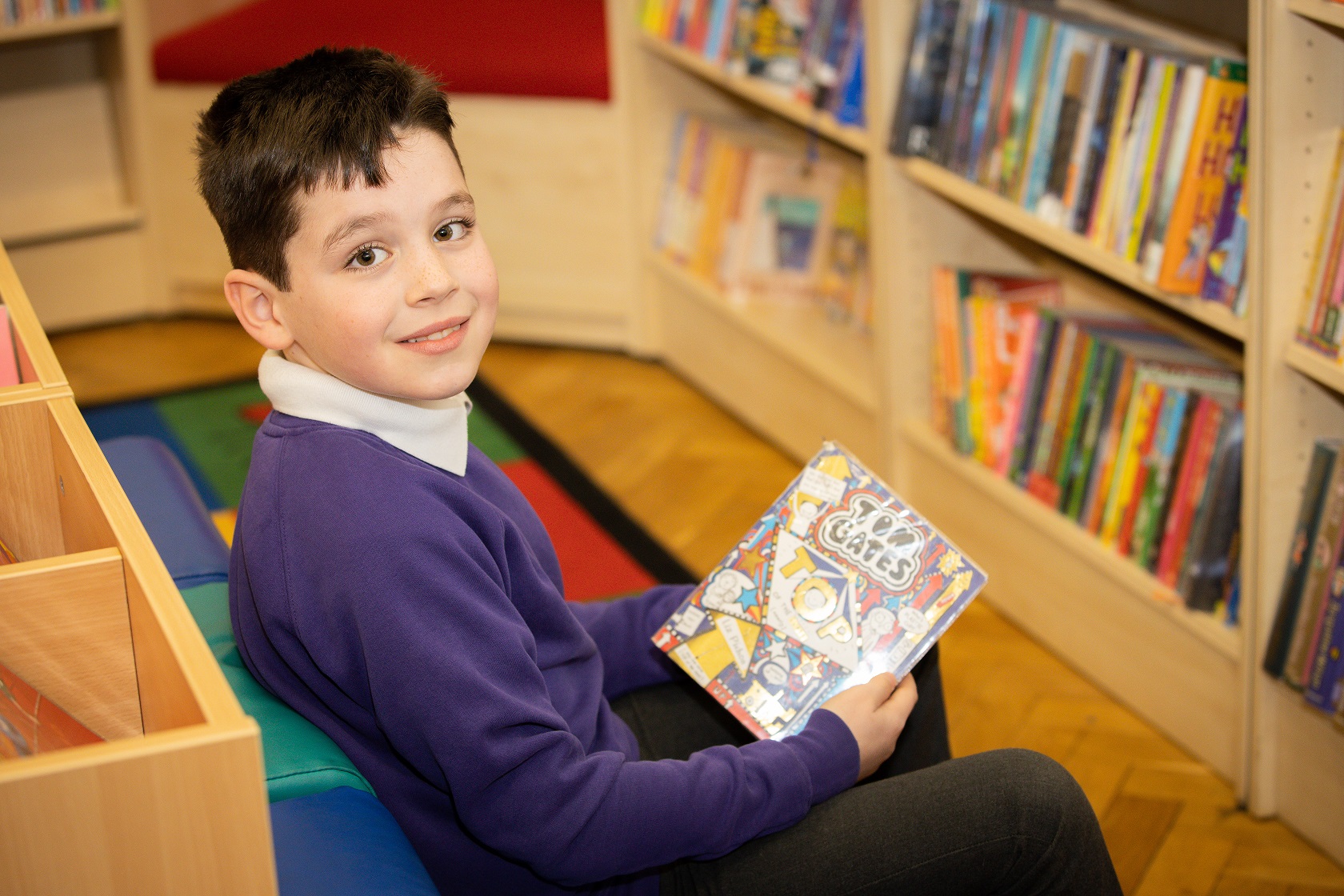 CHILDREN are being encouraged to become a Wild World Hero at their local library this summer.

Teaming up with WWF, this year’s theme is Wild World Heroes.  The aim is to inspire children to learn all about the natural environment and discover ways to help save the planet.

The Challenge reaches over 700,000 children across the UK each year.

The Reading Agency is aiming to increase its impact even further this year by reaching 1million children with its new English and Welsh language websites providing fun reading activities for all children.

Children can join the fun for free either online or by visiting a library in person.

The Challenge is to read six books over the summer holidays and the children will receive incentives along the way to encourage them to complete the challenge.

Tanya Steele, CEO, WWF, said: “Young people are the future – and they are some of the most passionate and enthusiastic advocates for our natural world. I’m continuously inspired by our young supporters at WWF and their efforts to speak up for nature, often in wonderful and creative ways.

“We are delighted to be partners of the Summer Reading Challenge in this milestone year for environmental action.

We hope it will encourage more children across the UK to get reading, and to take positive action for the planet – our one shared home.”

Laura Evans, Library Development Officer for Pembrokeshire Libraries, said: “After such a difficult year I am so pleased to be able to offer an opportunity for the children of Pembrokeshire to have some fun over the summer.

“Although we can’t offer activities in our libraries due to ongoing restrictions, we will be giving out activity packs for the children taking part to take home.  Also look out for ideas for things to do during the holidays on the libraries Facebook page”.

Information about this year’s Summer Reading Challenge is available from: 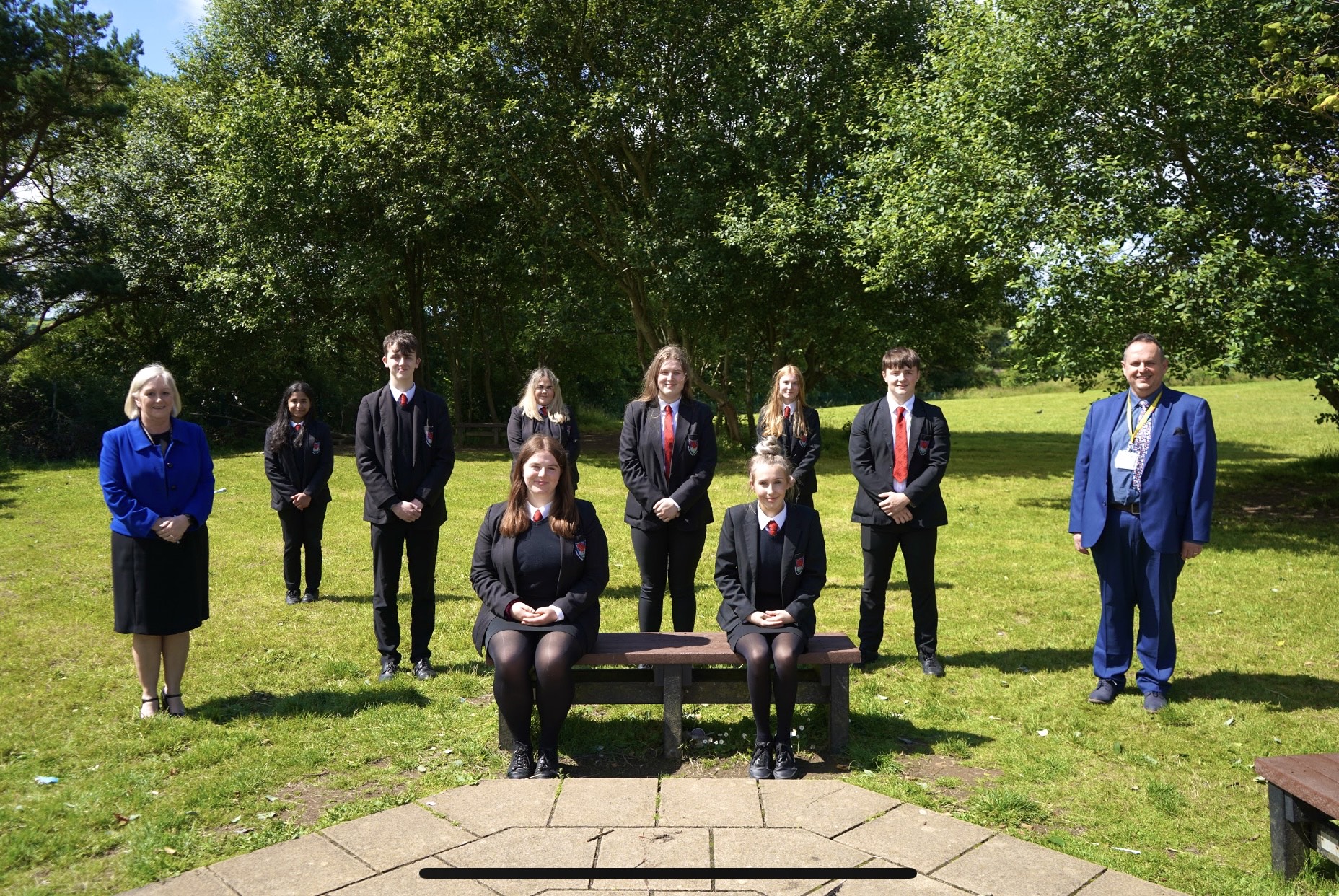 HAVERFORDWEST HIGH have this week announced their Senior Prefect Team for the 2021 – 2022 school year.

In order to gain their positions, the students went through a number of interviews, video campaigns and voting processes.

A spokesperson from the school said: “At HHVCS it gives us great pleasure to announce our Senior Prefect Team of 2021-2022 consists of the following remarkable students:

“They were joined on Wednesday by Head Teacher Mrs Harries and the Education Director Mr Richard-Downes.

“They are an outstanding team of pupils who have already been hard at work on their first day on the job.

“The pupils went through 4 interviews, a marketing campaign video and a pupil and staff vote to achieve their positions. A huge accolade indeed.”