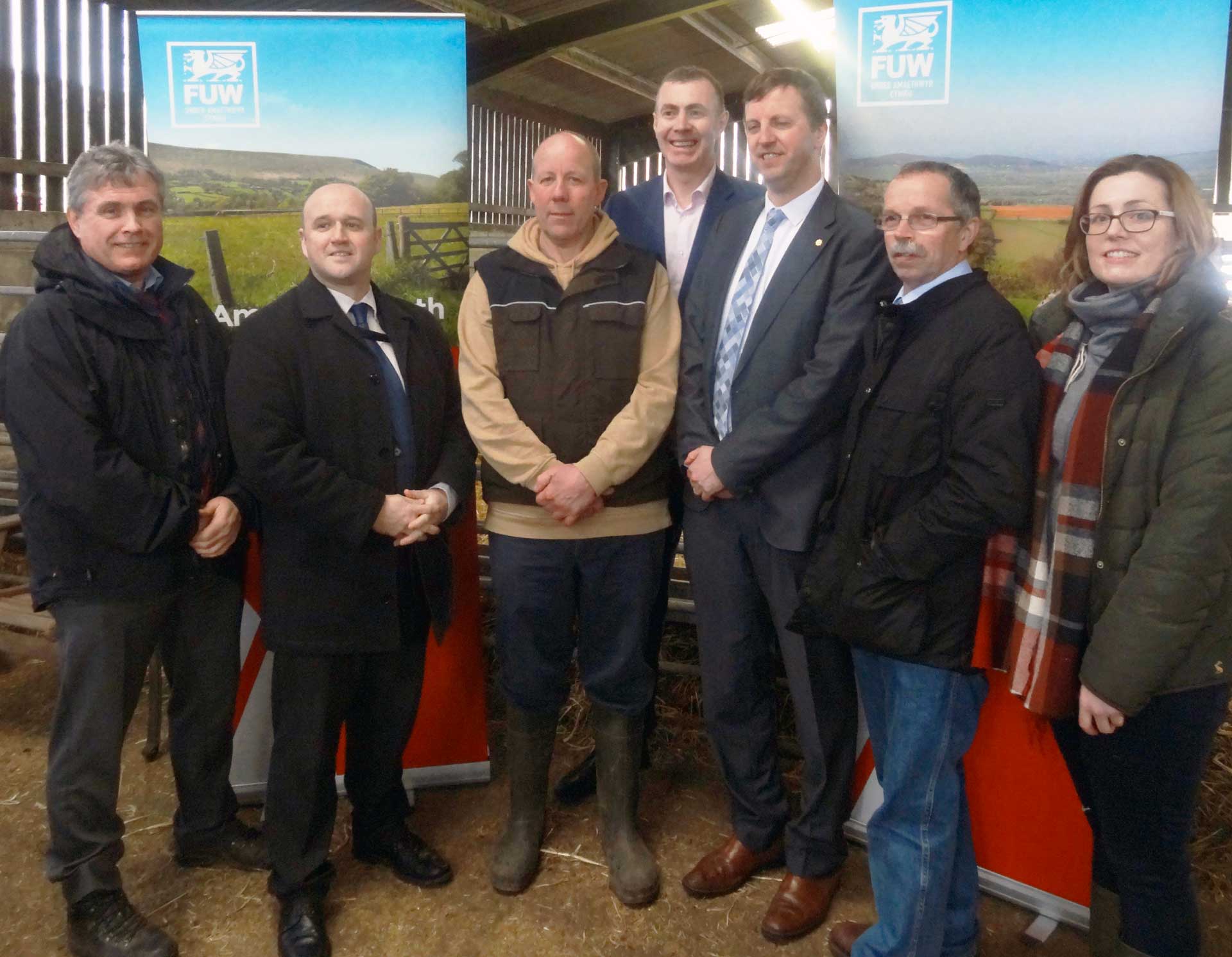 Loss would be devastating: Upland sheep farming in peril

CARMARTHEN sheep farmer and Farmers’ Union of Wales Vice President Ian Rickman, whose hill farm Gurnos, near Bethlehem, Llandeilo, lies at over 1000 feet in places, has highlighted the important role sheep play in maintaining the countryside.

500 Llandovery white faced ewes, which are due to lamb during the next two months, call these lands their home. Ian fears that the consequences of not grazing the mountains would have a devastating impact on the environment and tourism.

“If lamb prices dropped drastically, we lost our market or farm support was to diminish, it could mean less or no sheep on the mountains. That in turn could have a detrimental effect on the landscape of the mountains in years to come and therefore also on tourism, the communities that are intrinsic to our rural economy, and our way of life here in the uplands would change – and possibly not for the better.”

The FUW further used the opportunity to discuss wider #FarmingMatters such as the lack of broadband, telephone signal, worries about lamb prices, rural crime, and bank closures, as well as the urgent need to secure fair farm funding for Wales.

Nerys Edwards, the FUW’s assistant CEO in Carmarthen highlighted the need for urgent funding security. She said: “We know that the UK Government has said that it will match the current EU budget that supports farming and our rural economies, but how that money gets to Wales and how it is managed has not been determined. That of course is a real problem for our farmers like Ian, because they can’t plan for the future.

“It is encouraging to hear First Minister Carwyn Jones backing the industry and we recently heard him say that “agricultural funding will have to be held in a separate pot and dealt with in a different way”.

“However, there is a risk that it could go through the Barnett Formula, which will reduce the £260 m to circa £150 million and spell disaster for our rural economy.

“The FUW is now actively lobbying for the money to be assigned from the UK Government to Wales, for agriculture and we really appreciated being able to raise this with our local elected politicians here on farm.”