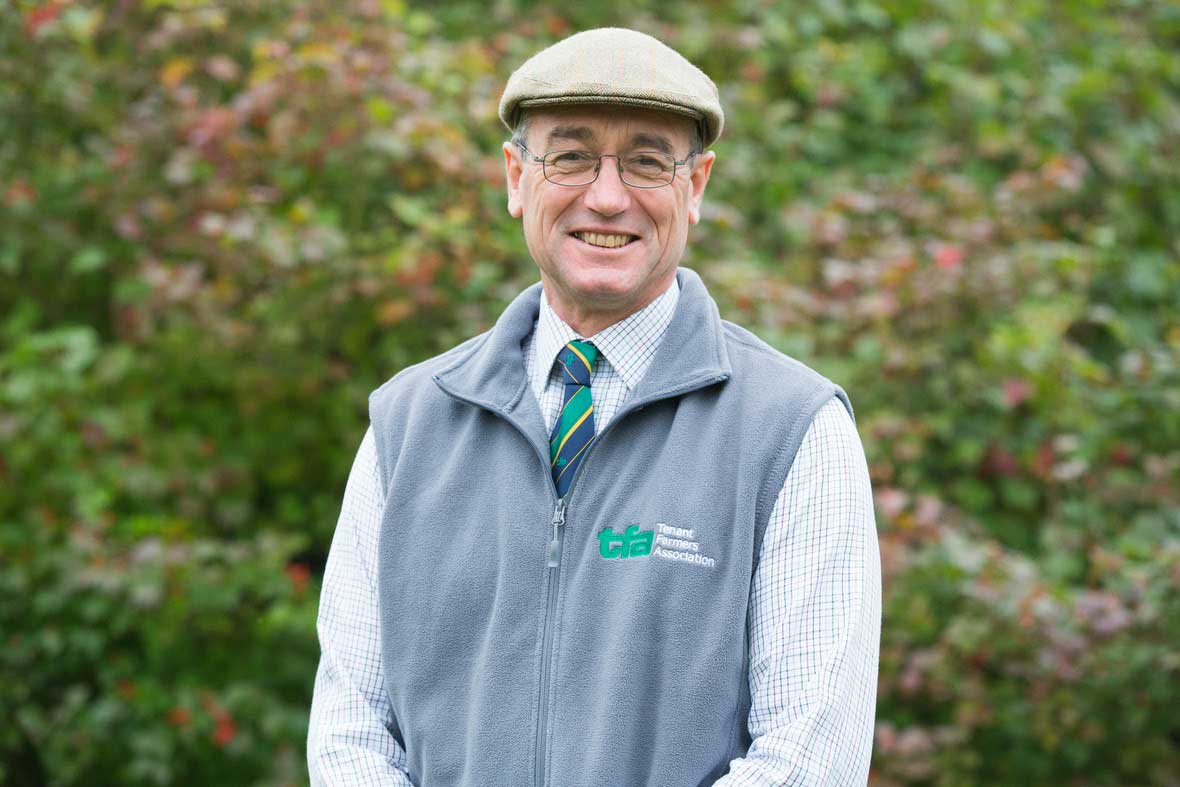 THE TENANT Farmers Association’s National Chairman James Gray has stressed the importance of Government seeing the bigger picture in the development of post Brexit agricultural policy.

Speaking to the TFA’s AGM in London, Mr Gray warned about the dangers of addressing specific policy elements in isolation from the wider context within which farming operates.

“With the country’s decision to leave the European Union in a little over a year’s time, we have a unique opportunity to build a policy for agriculture on our own terms rather than those which have been the result of compromise with the other 27 Member States of the European Union. To do this successfully, the Government must work systematically,” said Mr Gray.

“Put at its most basic, what the new policy framework must address is how to ensure that as a nation we continue to deliver to consumers safe, good quality food, produced to high environmental, ethical and animal welfare standards at prices they can afford and which provide adequate returns to the farming community to cover costs, provide a living and produce a profit which enables reinvestment. It sounds simple to say but more complicated to deliver. It is only recently that we have seen something of the Government’s intention to address this conundrum and it is fair to say that we are some way off achieving a solid basis for taking this forward,” said Mr Gray.

“There will be much to do over the coming months to hone the future policy environment to ensure that we are ready for the brave new world beyond any implementation period agreed with the EU; notwithstanding the possibility of leaving the EU without a deal. The publication of the Government’s 64 page consultation document is a step along the way but it lacks sufficient detail in areas such as correcting market failures within supply chains, protecting animal welfare and environmental standards for food at our borders, promoting structural change and dealing with the challenges of labour supply both in primary agriculture and for first processors. All these areas have equal importance with the future of the Basic Payment and Agri-environment schemes about which the consultation has more to say,” said Mr Gray.

The TFA has also been encouraging landlords and tenants to use the pre-Brexit period for productive discussions about how both parties intend to deal with the opportunities and challenges which lie ahead and leaving discussions about levels of rent until later.

“With so much uncertainty the TFA has been encouraging tenant farmers to ensure that they are in a position to have a rent review available in either the autumn of next year or the spring of the following year when we should know more about the future of our relationship with the EU and the policy environment within which we will be operating,” said Mr Gray.