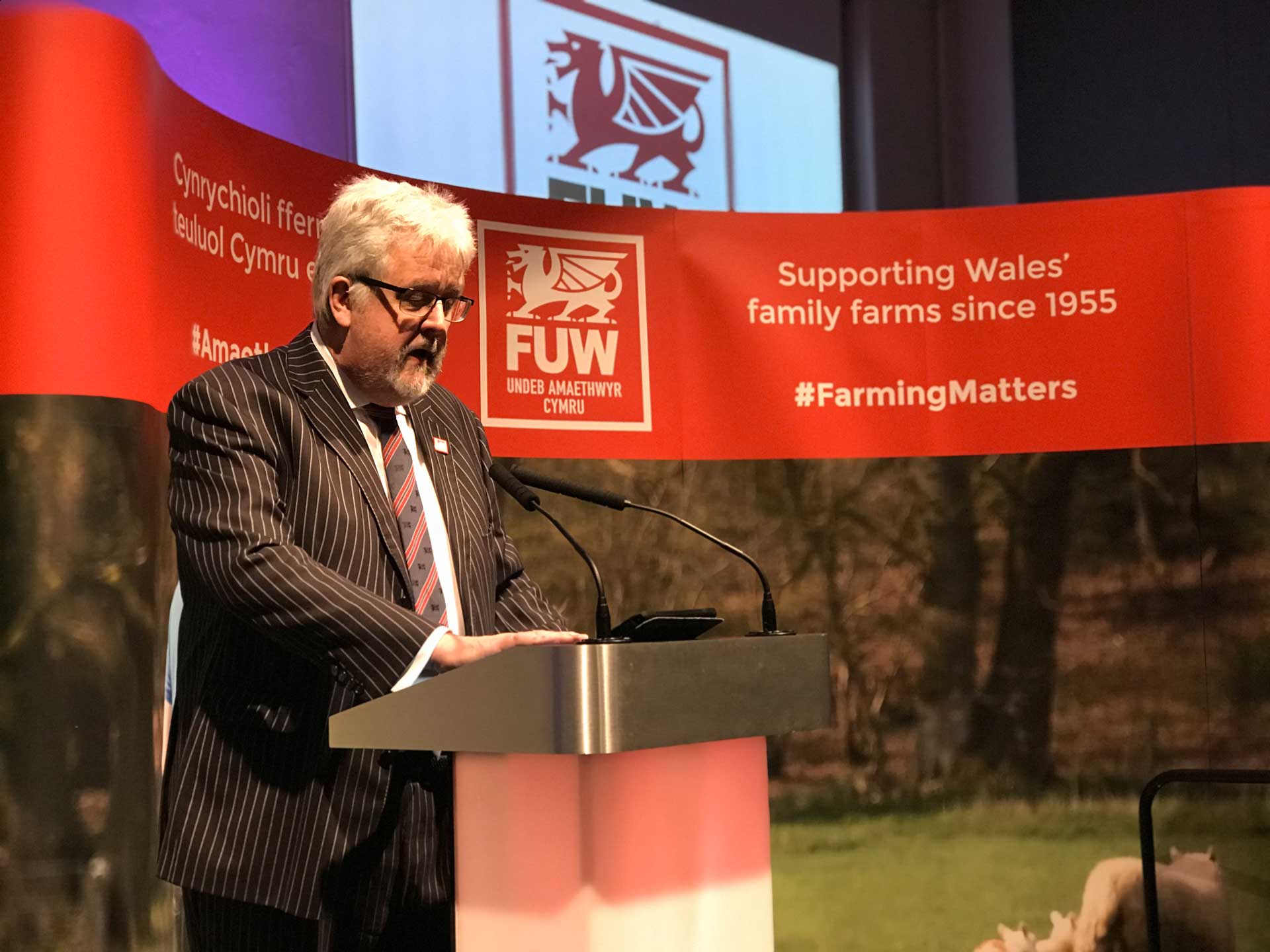 T​HE FARMERS’ UNION OF WALES has launched its ‘Fair Farm Funding’ campaign to highlight the urgent need for the UK Government to clarify funding for the sector in Wales, at its Grand Council meeting in Aberystwyth.

The campaign aims to secure fair funding for farmers in Wales after leaving the EU, ensuring that the industry does not receive less than it did before the UK left the European Union. It also insists that funding for farming should not be subject to the Barnett Formula.

Launching the campaign at the Union’s Grand Council, Managing Director Alan Davies said: “Historically the funding to support farming in Wales has come from the Common Agricultural Policy, but once the UK leaves the EU in March next year that link will be broken.

“In order to deliver Fair Farm Funding for Wales it is therefore essential that the UK Government allocate funds outside the Barnett formula. Wales urgently needs certainty that we will receive at least our historical share of the UK’s agricultural and rural development budget promised by Secretary of State Michael Gove, especially as the budget for next year needs to be in place by October this year,” he added.

Quoting Carwyn Jones the First Minister of Wales, Mr Davies told delegates that: “To achieve this will require a new way of working and the FUW was pleased to hear Welsh Government recognise that ‘agricultural funding will have to be held in a separate pot and dealt with in a different way’.”

FUW President Glyn Roberts added: “This year we celebrate 40 years of being formally recognised by the UK Government to exclusively speak on behalf of the farmers of Wales, and let me be clear, there have been few times during that period where the need for our Union has been greater – to fight for not just the survival of our family farms but for a prosperous future for our members and all those who make a living from agriculture.

“With this in mind, we are pleased to officially launch our ‘Fair Farm Funding’ campaign here today.”