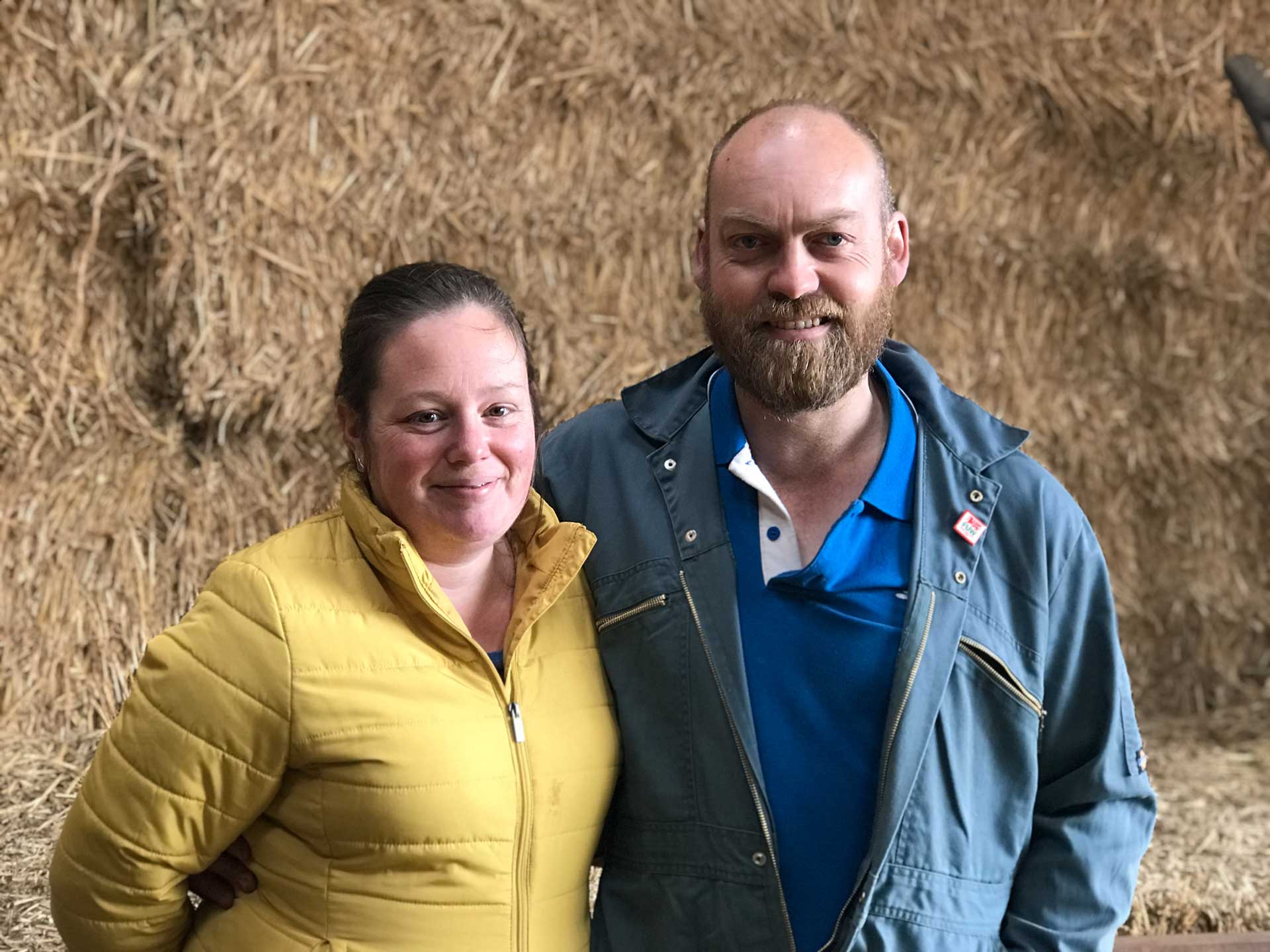 A GLAMORGAN beef and sheep farming couple have called for clarity on trade and funding post-Brexit on the eve of the 1 year exit countdown.

Farmers’ Union of Wales Glamorgan County Chairman Richard Walker and his partner Rachel Edwards, who run Flaxland Farm – a 120 acre holding just outside of Barry, look after 120 breeding ewes, 3 rams, 40 lambs from last year, 150 lambs from this year and 100 cattle (consisting of 37 breeding and 60 young stock).

They are worried about the lack of progress made in trade negotiations and the fact that farmers in Wales still don’t know what budget will be allocated to Wales in terms of agriculture.

Speaking from his farm, Richard said: “We are 1 year away from leaving the EU, yet we have no idea of where our produce will be sold to and under what conditions and we don’t know how much money will be allocated to Wales as part of the agricultural budget. It is very worrying and I urge the UK Government to provide clarity as soon as possible.”

Even though Richard and Rachel have secured a market for their lambs with local butchers in the Vale of Glamorgan, the concern for the rest of the industry remains.

Rachel said: “We have managed to secure a market for our produce locally but that doesn’t in any way help the other lamb producers across Wales. Politicians need to understand that most of the lambs born this year will be sold into a post-Brexit market – but what exactly that market looks like, and under what conditions, such as tariffs, where and how our produce will be sold is a mystery.

“All this talk of farmers having to future-proof their business and be forward thinking is well and good but those in power need to do their bit too.”

Addressing the issue of funding, FUW Managing Director Alan Davies said: “Historically the funding to support farming in Wales has come from the Common Agricultural Policy, but once the UK leaves the EU in March next year that link will be broken.

“In order to deliver Fair Farm Funding for Wales it is therefore essential that the UK Government allocate funds outside the Barnett formula.

“Wales urgently needs certainty that we will receive at least our historical share of the UK’s agricultural and rural development budget promised by Secretary of State Michael Gove, especially as the budget for next year needs to be in place by October this year,” he added.