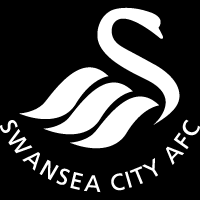 ROY RACE of Melchester Rovers, fashionable with a golden mop of hair, will be returning to embrace a new generation of readers, seventeen years after he last appeared in print in 2001, where for 19 years when he appeared as a weekly comic; with it comes the cloud of magic that lived with that generation of avid readers, the original kick off in 1954 in the Tiger comic, Roy epitomising the character of the footballer of the time; hard, but fair; energised, his forte a man of steel, committed to his club where he lifted nine league titles, eight FA Cups and three European salvos.

Swansea City have become every sport writers dream, calling up ‘Roy of the Rovers’ moments which the Welsh public have savoured, honouring a returning Michu warmly greeted by the 20,900 ensconced in the Liberty Stadium, on Saturday (Apr 28).

Those fans remember the European trails burnt, flirtations with domestic cups as League cup winners in 2013 and quarter finalists this season in the FA Cup, the first since 1964. Those halcyon days when they watched first division football under John Toshack in the Eighties before mooched off to Real Madrid.

A storyboard, added to recently with seven seasons in the Premier League, thanks to Brendon Rogers sending the Jack army into elation with a Wembley play off triumph over Reading.

Four minutes into the action and the dream was wavering, Spanish international Fabregas scored for the first time in 26 games, the story dictated by a Belgian crème de la crème in Eden Hazard.

The first half review saw the Swans way off the pace, perhaps referee Jon Moss adhering himself fully, but the home side needed impetus, a King (Andy) replaced by a saviour.

Nathan Dyer is no ‘Hot Shot Hamish’, a Hebridean man revered in comic book nostalgia as having the hardest shot in football, but boy did he bring a ‘Billy Whizz’ swagger alongside Tom Carroll who replaced debut making youngster Connor Roberts.

Dyer ran, direct and with pace, the quality on the end of his endeavours missing, needing that Hamish Balfour’s power shot, the West London boys not having to go through the gears to maintain their lead.

Memories linger; Terry Coles and Milmoor Lane in the Millennium; 2003 survival in the football league by a hairsbreadth with a win over Hull City.

That first victory in the Premier League, West Bromwich Albion in the September and after the trials and tribulations of the past two seasons, Carlos Carvalhal, in situ since December having three games to secure the points.

He has galvanised the Club, Roy Race style, meaning the trip to Dean Park, Bournemouth, on Saturday (May 5) brings pressure before the final two games at the Liberty Stadium against relegation rivals Stoke City and Southampton.

Suffice, for this comic book story line to fit the ending, two wins should do it.