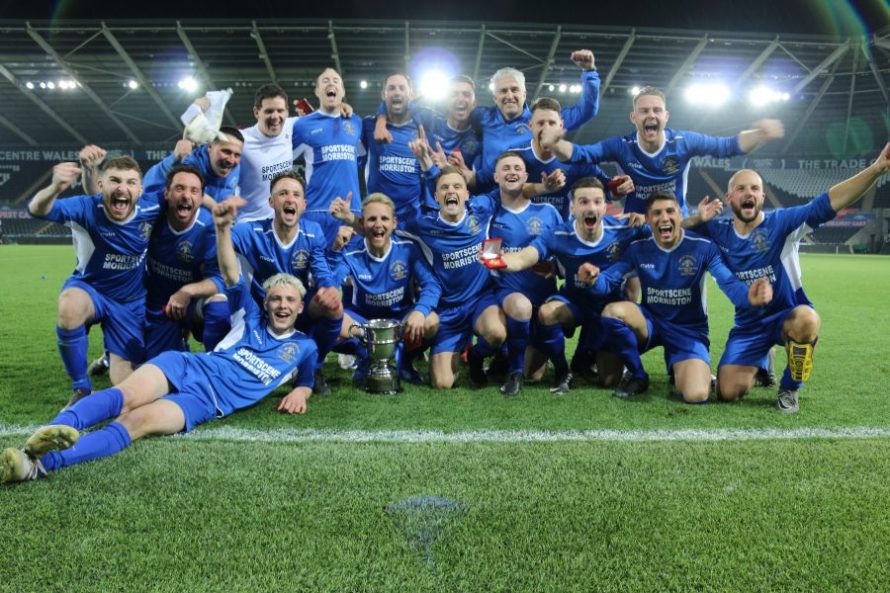 THIS Saturday the West Wales Cup gets underway once more with teams hopeful of a successful run to the Liberty Stadium for the final.

Merlins Bridge are the holders after they beat Carew in the final earlier this year and both have been given byes into the second round this season.

Last year marked the first time that two Pembrokeshire sides reached the final but will that happen again or will another team look to bring the county’s recent dominance to an end.

Goodwick United, Hakin United, Kidwelly Town and Tumble United are some of the other sides to receive byes to the second round. The Swifts have made an unbeaten start to their league campaign while the Rovers have four wins from their opening seven games.

Both sides have had mixed starts to their season and will be keen to get their cup run going.

Neath League Division 1 side Cilfrew Rovers are the visitors to Fishguard on Saturday with both sides enjoying a good start to their respective seasons.

Herbie have just one league win to their name so far this season while Pengelli have four wins from their opening seven games.

Swansea Division 1 outfit Morriston Town will visit Division 2 Hundleton in what will be a good test for the Pembrokeshire side.

In two Pembrokeshire versus Carmarthenshire league ties, Letterston are at home to Evans and Williams while Pennar Robins host Dafen.

Dafen are second in Division 1 while the Robins are without a win so far this season.

Bancffosfelen were heavily beaten at the weekend and they will look to put that result behind them when they travel to Bonymaen Colts. Bwlch have only had one win in the league this season and they host Neath Premier Division side FC Clydach who themselves only have two wins to their name so far.

Felinfoel earned a win in their last game in Division 1 and they go up against Carmarthen Premier side Pontarddulais.

Trostre are also at home as they take on Jersey Marine while Seaside travel to Sandfields.

St Ishmaels are away as they take on Gorseinon Athletic, Milford United travel to Murton Rovers and Narberth host Ynystawe.

Good luck to all sides involved.