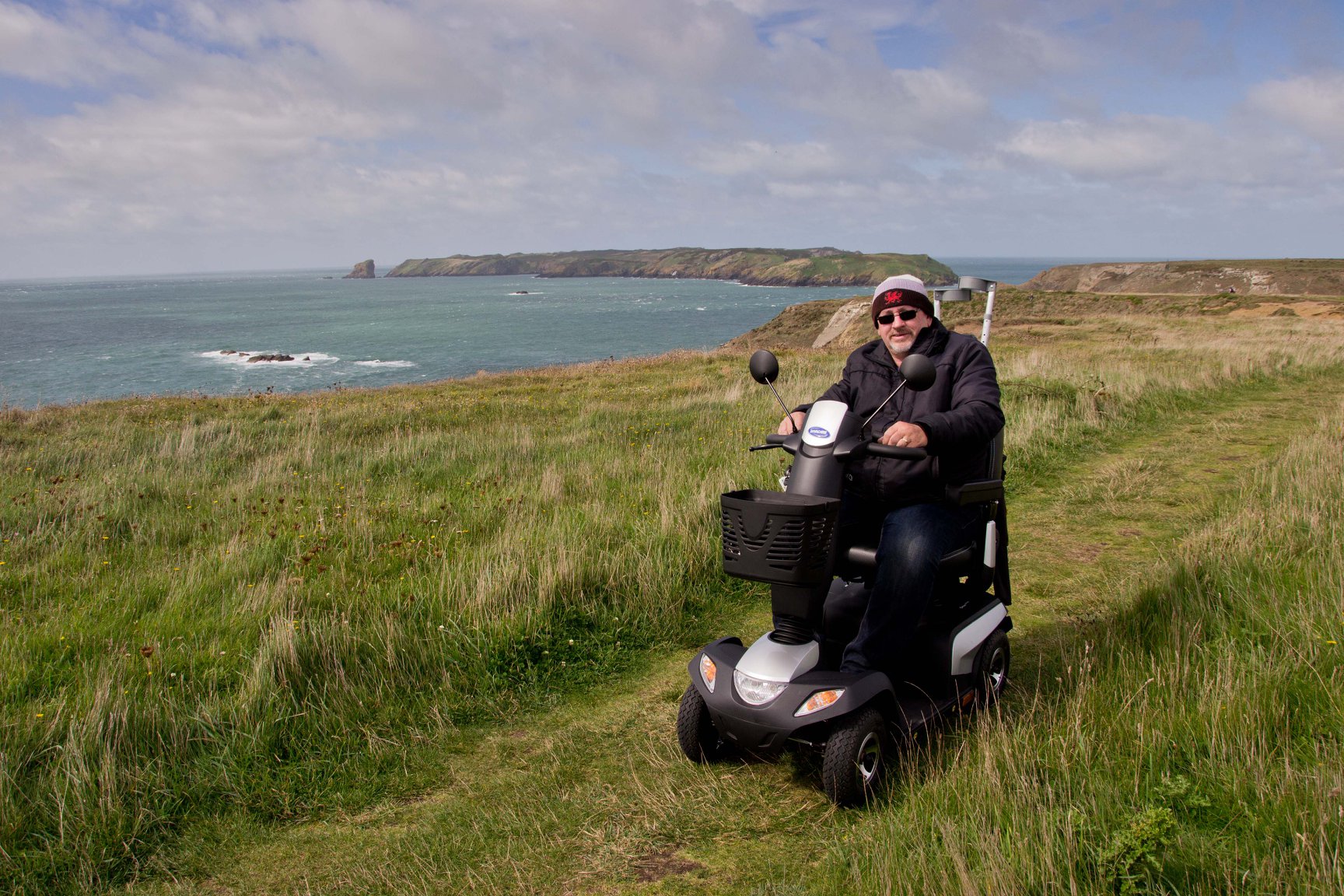 A PHOTOGRAPHER has spoken to The Herald about the effect delays in medical treatment have had on his quality of life and how the long wait for him to be treated has left him permanently disabled.

In the light of the WAO report on the gross delays in treatment suffered by those on waiting lists in Wales, we spoke to Mike Hillen about his experience of being stuck in limbo on a list.

Mike Hillen, a freelance photographer who contributes to this newspaper, never dreamt he would end up dependent on a mobility scooter and in adapted accommodation when he went to see his GP with swollen knees. He thought it was just the effects of his work on a window cleaning round.

About a fortnight later, Mike was alarmed to find the bottom of his right leg had become swollen and on Boxing Day 2014 went to Accident and Emergency. The staff were not sure whether he had Deep Vein Thrombosis (DVT). Because of the Bank Holiday, he had to wait as an inpatient for an ultrasound scan.

Mike was told a baker’s cyst on the back of his knee had burst and caused the swelling. However, his pain continued and his knee and leg remained tender. His other leg also swelled and became painful.

Three months later, Mike had an MRI scan. The diagnosis was osteoarthritis in both knees and he was placed on the urgent list for a knee replacement.

‘Urgent’ implies the idea that an operation is imminently needed.

17 months later, Mike was given an appointment for a pre-op assessment. In the intervening period, Mike had become dependent on crutches and his mobility had decreased significantly.

With a clear pre-op assessment, Mike went in for his operation only for it to be cancelled when the surgeon decided the skin on his leg was too swollen and inflamed. He was then referred to a dermatologist, who referred him to a lymphedema clinic. When he attended the lymphedema clinic, he was told that his condition had been caused by the lengthy wait for the operation and his inability to keep the leg moving.

So he would be fit for the operation, Mike had intensive lymph-assist therapy and given a succession of creams to improve the condition of his leg’s skin.

In June 2017, Mike had to be rushed to hospital suffering from sepsis.

Over the following year, Mike’s long-term dependence on crutches to move around caused problems in his back.
It was December 2017 before he had his knee replacement.

It was too late to be of any practical benefit to him. By the time it came, Mike could no longer walk unassisted.

His back’s condition degenerated while he was dependent on crutches, leaving him with spinal stenosis – a narrowing of the spinal canal resulting in pressure on the spinal nerves and severe pain. By the time he had one knee replaced, the other had degenerated to the point at which it needs replacement. Because of the back pain, he wondering if it’s worth it. Mike and his wife, Lou.

Mike wife Lou told us: “What is worst for him is he can’t do his window cleaning round he had built up and had to give up. He also gave up on being able to finish the coast path after walking 3/4 of it.

“He is now dependent on me to drive him around and to do things for him he enjoyed doing before. I have to apply the creams to ease the swelling in his legs.

“We are now almost 4 years on from the start of this and not much further forward.”

He can often be seen with Lou. He might be propped up on crutches or on his disability scooter, camera at the ready, but he attends rugby matches, events and uses the accessible areas of the Coast Path he loves to capture images of Pembrokeshire.

A keen drone user, Mike has found that while he cannot clamber over rocks and down steep slopes he is still able to get to those areas he can’t get to by using remote control.

He remains upbeat and a keen rugby fan. And the good news is that after a long wait, he and Lou have finally been able to move from their second storey flat to a disability-friendly bungalow.