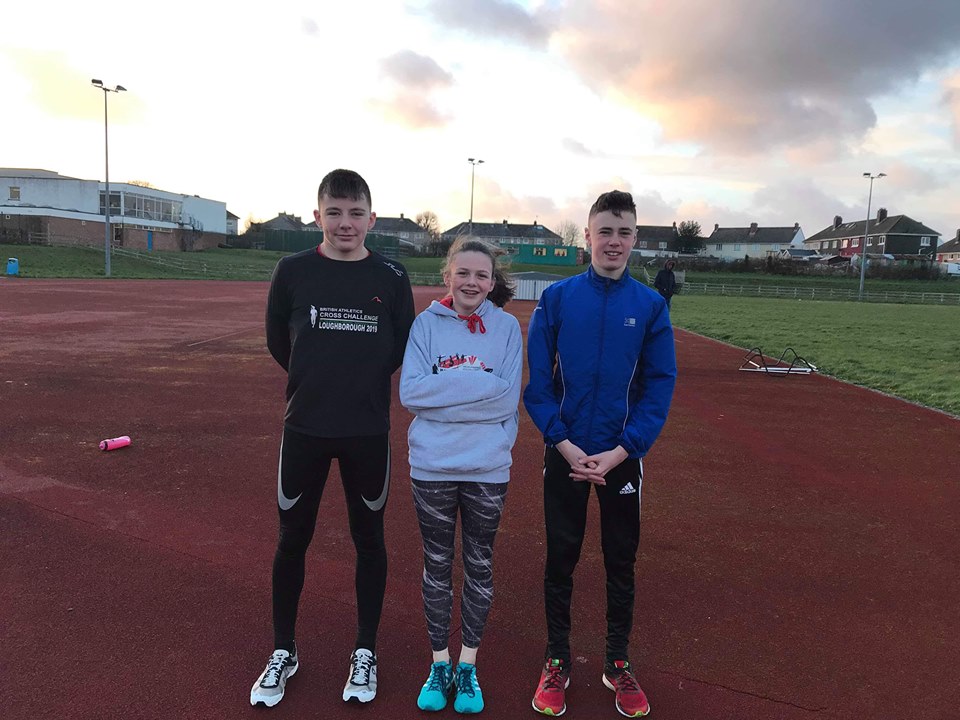 WELSH Athletics have named their team of thirty-six who will head to the Virgin Money Giving London Mini Marathon races in 2019.

The race is open to entrants from the nine regions of England, Scotland, Northern Ireland and Wales, and teams from all 33 London Boroughs.

It kicks off the day’s action in the English Capital as early as 8.40am before the main 26.2 mile London Marathon starts half an hour later.

A new selection was in place this year as each of the four regions in Wales held time trial events in January over 3000m. The winners from the South, East, West and North were guaranteed a selection spot whilst the final two spots were decided on the fastest times across the under 13, under 15 and under 17 age groups.

A total of five club athletes in the Dyfed district received the news recently that they’ve been selected to compete in the upcoming event, along with three reserves. For two, they will look forward to picking up their first Welsh vest and making their debuts in the English Capital.

The Under 15 boys has plenty of experience in the team which will include Carmarthen Harriers duo Liam Edwards and Dafydd Jones along with 2019 Welsh Cross Country Champion and Llanelli AAC’s Adam Beer.

Iori Humphreys (Pembrokeshire Harriers) has been named as one of the reserves should a space arise. All four have been in fantastic form over the country this winter and will aim to use the event experience to their advantage.

It has been a great cross-country season for the Carmarthen Harriers’ under 13s in the Gwent League and two of the group will join their Welsh teammates for the road trip to London. Zach Elvy and Jack Thomas both ran quick enough times in the time trials earlier this year to be selected. Ffion Ouseley (Pembrokeshire Harriers) and Frances Mackie (Carmarthen Harriers) are the first two reserves in the under 13 girls’ category and will be ready should they be called up to the team.

For the majority of the squad, it will be an opportunity for them to test themselves against the best in Great Britain & Northern Ireland, competing against the other Celtic nations, the powerful English regions and athletes representing each of the London boroughs.

The London Mini Marathon is over the last 3 miles of the main 26.2 mile course. Hundreds of the next generation will take centre stage, following in the footsteps of their heroes including the likes of Mo Farah, Shelly Woods and David Weir.

This Weekend (Saturday, March 23), Welsh Schools will head to the annual SIAB Schools Athletic Board Cross Country International which in 2019 is hosted by Irish Schools in Dublin.

The Welsh schools squad expects to be highly placed in several of the age groups against athletes from their Celtic neighbours, with a number of experienced athletes looking to impress alongside debutants making their first appearance on the international stage.

Athletes heading to the International to wear the red vest of Wales were selected following the Welsh Schools National Cross-Country Championships, in Brecon on 13th February where the leading finishers that day were automatically chosen to be involved in this end-of-season International event.

There will be individual Junior and Intermediate races between English, Welsh, Scottish and Irish Schools as well as a new 4 x 1500m relay in the upper age group where an additional 2 boys and 2 girls will be invited to participate in this additional element.

Wales’ team includes Beer, who finished as the second Welsh athlete in 7th at the 2018 edition in Nottingham and Humphreys who was 15th at the same fixture. They will both contest the Inter Boys’ 6,000m distance.

Jones will also make the journey and start in the 4 x 1500m lap relay alongside his country teammates.

Bro Myrddin’s Frank Morgan eased to victory at the selection race in Brecon in February and after competing in the East Midlands 12 months ago, will fancy his chances in the upper year of the age group.

Rhys Llewellyn (Haverfordwest High) will join Morgan in the junior boys’ race following his seventh-place finish in Mid Wales. Ioan Cressey-Rodgers is a reserve in this category.

Harriers coaches Delyth Brown and Carol Jones are among the Welsh team managers for the trip to Northern Ireland later this week.

Wasps storm through in second half