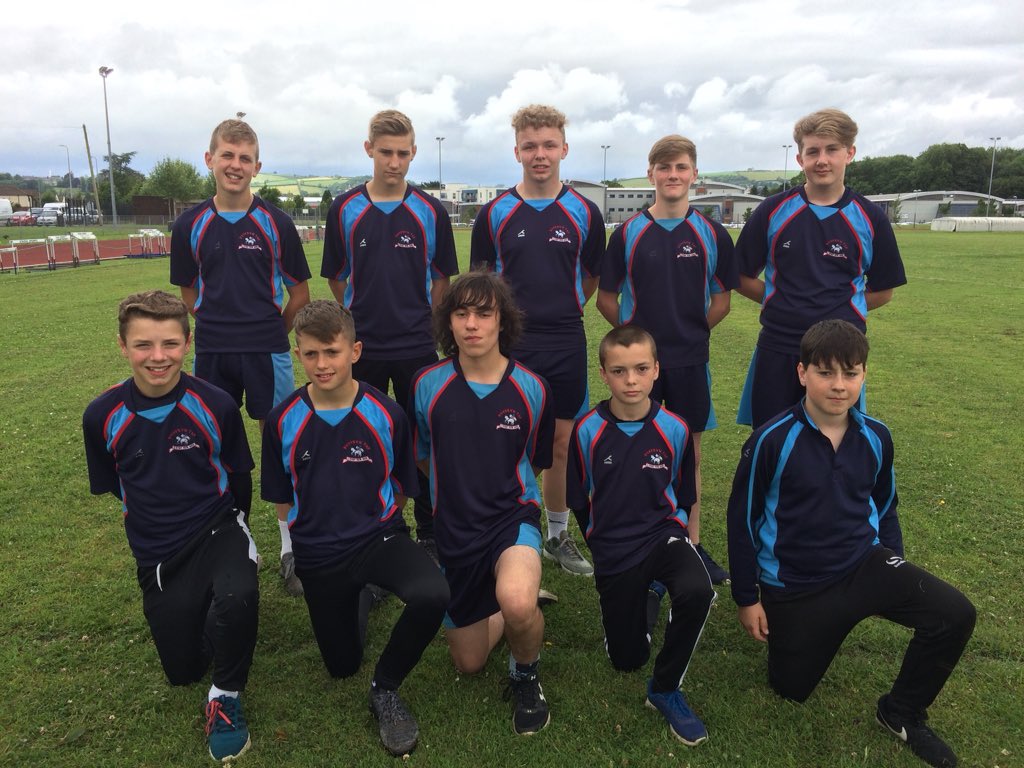 IT’s been a busy few days for Dyfed Secondary School Children, with two big events having taken place in the space of four days this week.

Last Friday (June 15) and Saturday (June 16) saw the Dyfed Schools Athletics Championships return to the Leisure Centre after a year gap, following the cancelation of nearly all events in 2017 because of the poor weather. Those finishing in the top places at their area championships (Brianne, Pembrokeshire, Llanelli and Ceredigion) during May had qualified to compete in Carmarthen.

It saw approximately 350 athletes taking the spotlight and several hundred parents and teachers attend throughout the weekend to support the young athletes. While there were plenty of club runners from Pembrokeshire, Carmarthen, Llanelli and Swansea present, it was also the opportunity for the less experienced schoolchildren to take part in a major competition. The action got underway on Friday evening where the first six events of the 2018 championships were completed ahead of the big day. These included the long hurdles, 1000m Walk, where the first record was broken and 3000m along with sole competitors in the Pole Vault and Hammer on the field.

Around 14 hours later, all roads from Pembrokeshire, Carmarthenshire and Ceredigion led to the Carmarthen facility early on Saturday morning with the first set of events beginning at 10.00am and finishing just after 5pm.

It was also great to be able to host a 100m wheelchair race for three girls from STP and Penweddig. The trio were encouraged by the crowd throughout and organisers were thrilled to give the year 7 girls an opportunity to get involved in the day’s activities.

During the afternoon, a special presentation was made in the centre of the track to event organiser and Dyfed Schools AA secretary Dr Hedydd Davies for his tireless work over the last 20 plus years to Dyfed Schools and beyond.

The Dyfed Schools team for the Welsh Schools National Track and Field Championships at Cardiff, on July 7, was chosen straight after the championships with letters sent out to the team and reserves selected.

Four days later on Wednesday, June 20, many of the pupils were back in Johnstown, this time for the Dyfed Secondary Schools NASUWT Cup Final which came around rapidly. After four qualifying matches at four venues, it all came down to one finals day in Carmarthen featuring a total of thirty-two teams.

The event programme for under 14 and under 16 age groups was over three hours. The final relay concluded the day which also saw the hurdles, 100m, 200m, 300m, 800m and 1500m on the track. While on the field, the javelin, shot, long jump, high jump, triple jump and discus was contested.

Several categories came down to the last few races to decide who would take the honours so everything was to play for up to the very last few metres. Schools from Queen Elizabeth, Bro Myrddin, Dyffryn Taf, Dyffryn Aman, Bro Dinefwr, Maes Y Gwendraeth, STP, Preseli, Greenhill, Penglais, Aberaeron, Bro Pedr, Henry Richard, Bryngwyn, Strade, Coedcae and St John Lloyd were all top 2 team finishers in their respective matches earlier on and as a result, travelled from all three counties to take part in this midweek fixture.

Once the races were over, the presentations of winners and runners-up were announced by Hedydd Davies. The below schools will represent the District at the Welsh Schools NASUWT Cymru Wales Cup & Plate Finals at Brecon on Wednesday, July 11.