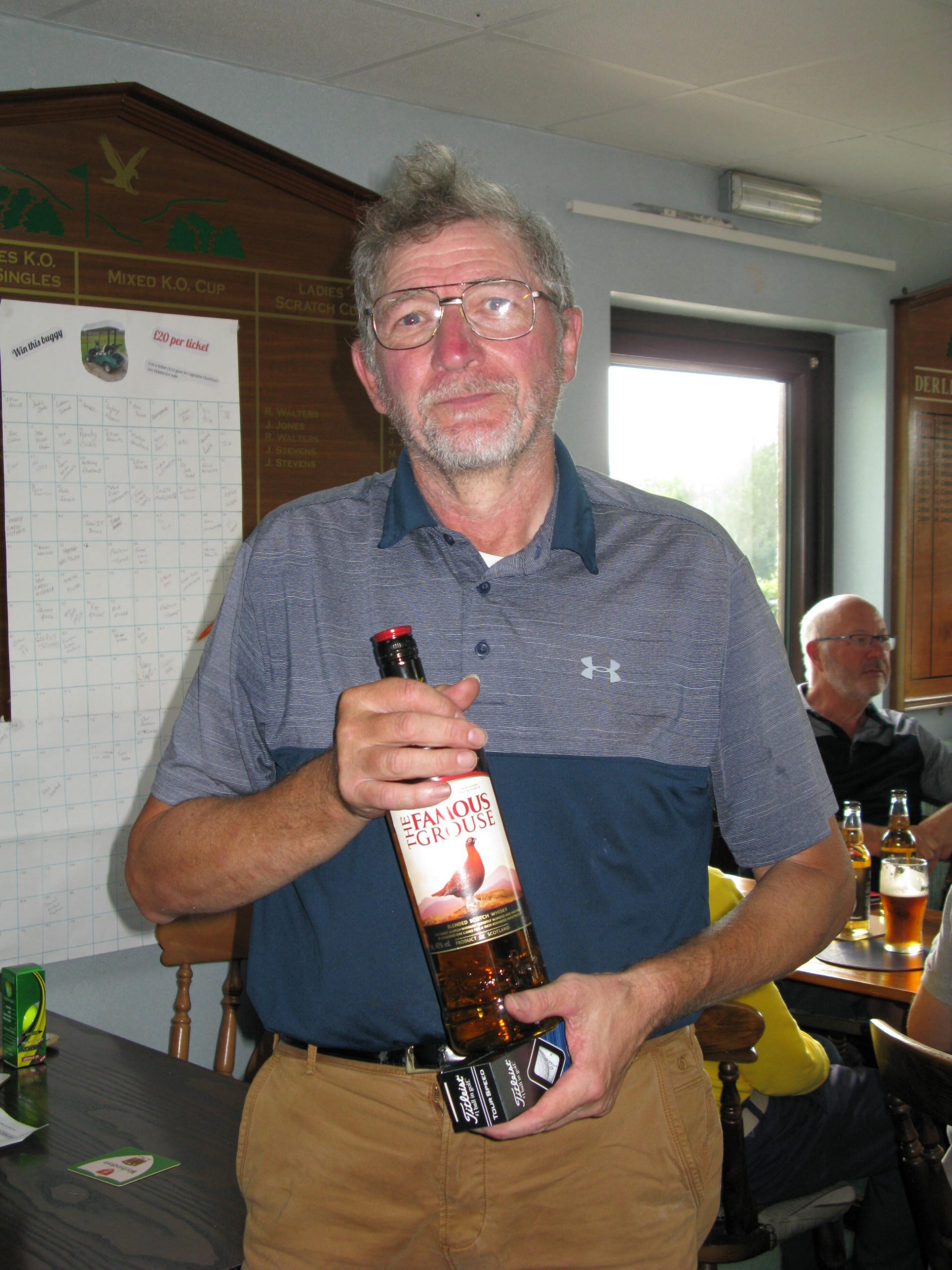 The weather forecast foretold of thunderstorms with lightening but it was dry throughout.

Thirty savvy club members ignored these warnings by turning up and enjoying an excellent day’s golf.

Those who didn’t score too well on the day through whatever reason e.g. a beginner, never played the course before, were new members Dave Crowley and Phil Andrews, Mike Skidmore, Graham Watson, Rob Nixon, and Edward Morris.

Despite his low score Rob managed to win the Longest Drive prize. As it was so long and he was first out, everyone following thought that he had forgotten to place the marker, as none could see it. Afterwards, some cheekily suggested he had planted the marker where he thought it couldn’t be caught.

The 30’s included the bulk of the players. Towards the bottom of the pack were Derek Campbell, Wayne Connett, Steve Cross, Ian Gregson, Dai Hunt, Graham Victor, Barry Neale, and Wynne Richards. Exactly half way with 35 were Adrian Alman, Alan Gawith, and Alan Jeffrey.

Graham, Dafydd, Steve, and Simon were only one putt short of the 40’s group which comprised Meurig Evans, Roger Handcock, Peter Tarry, John Viner, and Jack Zeraschi. Well done to you all – great scores boys. So who took the prizes?

John came in with 40 points; fourth was Roger with 41, just losing out to third placed Peter on a better back 9; second with 43 points playing off a handicap of 9 and hardly putting a foot wrong was Meurig; but the winner with 45 was, you guessed it the Italian Stallion – Jack, or Giac to give him his correct name! Congratulations on your win, and a well-deserved cut of 3 in your handicap.

Other prizes went to: Best Team – Roger, Alan, and Dafydd.  Nearest The Pin – Barry. Longest drive and Wooden Spoon – Rob. 28+ handicap – Graham. Whilst Wynne, Barry, and Adrian all had two’s.

A great day at a lovely course, and thanks to the Walters family for such a friendly welcome, and a good spread afterwards. We are sad to see you go and send our best wishes for the future.

The club’s next fixture, a Cardiff Bay overnighter playing two courses in the Vale of Glamorgan is now fully booked.

More information on joining the Society on www.kilgettygolf.co.uk.