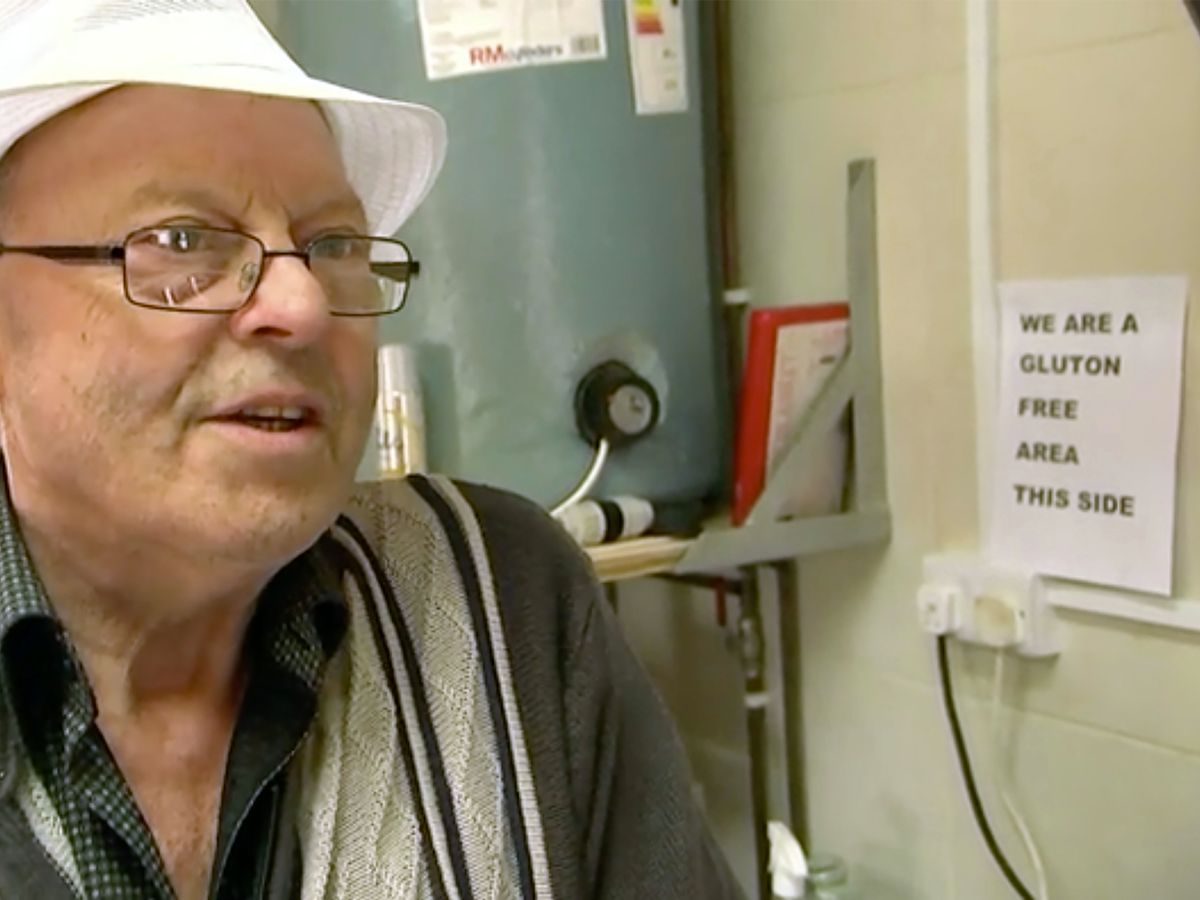 A CHIP SHOP owner has been cleared of killing his wife after he was accused of pouring scalding hot oil over her.

Geoffrey Bran, 71, was accused of pushing or throwing a deep fat fryer onto Mavis Bran at the Chipoteria in Hermon, Carmarthenshire, on 23 October last year.

Mrs Bran, 69, died six days after suffering “horrific burns” to 46% of her body.

Before her death she told a friend and paramedics that her husband had “flipped” and attacked her with the fryer because she had been “nagging him”.

But Mr Bran has been found not guilty of the murder or manslaughter of his wife.

Mr Bran was in tears when the verdict was read out after his week-long trial at Swansea Crown Court, before judge Paul Thomas QC released him from the dock.

His wife of 38 years died from multiple organ failure after developing sepsis, hypothermia and undergoing surgery to remove some of her burned skin.

Gareth Davies, a friend who lived with the couple, told the court Mrs Bran returned home naked from the waist up with “crimson” peeling skin.

He added she was shouting “I’ve been burned” and “I’ve had boiling hot fat all over me”.
Mrs Bran then rang her friend, Caroline Morgan, telling her: “Geoff has thrown boiling oil over me. Please get here, I need you now, help.”

Miss Morgan said she found Mrs Bran “shocked” and “shaking” and told Mr Davies to call for an ambulance, before telling Mr Bran, who was still serving customers, to shut the chip shop.

Miss Morgan told the court Mrs Bran said: “I was nagging him and he flipped.”

She was taken by air ambulance to the burns unit at Morriston Hospital in Swansea.

Mr Bran was initially arrested on suspicion of assault and denied attacking his wife, telling police: “She got burned with the chip fryer. She slipped and it came off the top and went over her. Don’t ask.”

The couple, who had no children together, owned around 10 businesses in South Wales, including the Chipoteria which opened in January 2018 in a cabin situated next to their home.

The financial pressures of their various businesses would sometimes put a strain on their marriage, leading to arguments about money, the court heard.

People who knew the couple were said to have described them as having “short tempers” and “always argued, swearing and shouting at each other”.

A friend of Mrs Bran had noticed the couple’s relationship had been “deteriorating” in the months leading up to her death, with Mrs Bran phoning friend Miss Morgan in tears saying “he’s getting nasty”.

Mr Bran claimed his wife had previously spread lies about him, and suggested she was “halfway” to being drunk after drinking glasses of red wine on the afternoon she was injured.

Paramedics found she had a blood alcohol reading of 108mg/dl, higher than the drink-drive limit of 80mg/dl.

Mr Bran said his wife must have been “confused” when blaming him but said he “couldn’t find an answer” as to why he then ignored her for more than two hours after she was hurt.

He told the court he loved and missed his wife, despite telling police in an interview: “It’s a miracle we lasted that long.

Discover meadows on your doorstep on Pembrokeshire Open Meadows Day