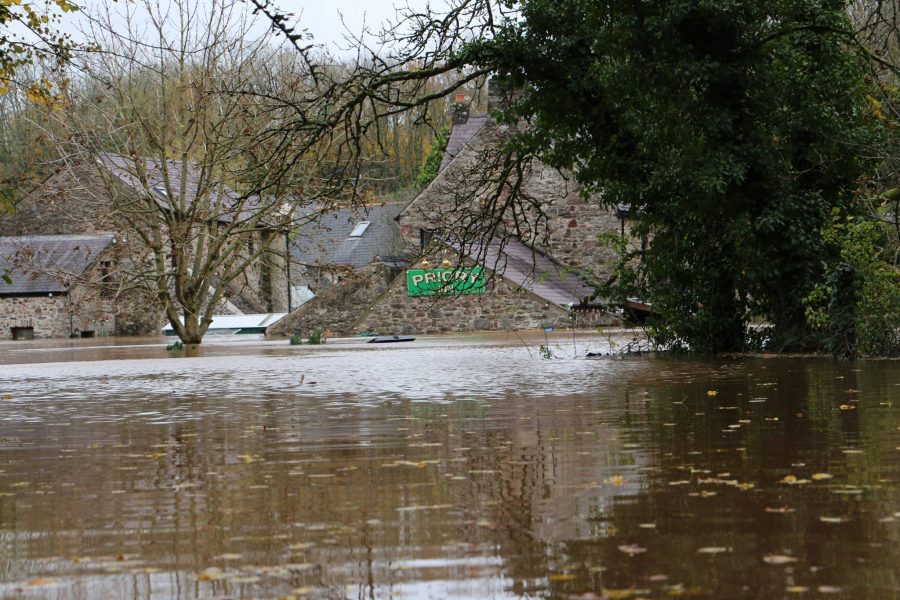 THE PORT OF MILFORD HAVEN has promised to “stand-by and support” the Local Authority and its consultancy firm Capita in carrying out any recommendations made which could mitigate flooding in Lower Priory.

Tom Sawyer, CEO of the Port, said that he recognised that people who were affected by the floods in 2018 were clearly “desperately upset.”

“Its clear that we stopped communicating [with the flood victims]”, he said.

But the Port now has confirmed it is willing to work with its partners, and those affected, to do what is necessary to improve drainage to mitigate future flood risk.

Whist The Port of Milford Haven still denies any liability for the serious flood four years ago, communications had since improved, he said.

“It’s true that every time it rains heavily, I do worry about Lower Priory and Havens Head” – Mr Sawyer said.

But a meeting has taken place at the now renovated Priory Inn public house – which was also flooded to a height just below the downstairs ceilings – to update residents on progress.

The Port’s management have walked around the Priory Pill with residents, The Herald has been told.

In 2019, Members of the County Council’s Services Overview Committee probed the Port Authority’s actions in relation to the lakes.

The Council heard that a report by civil engineering consultants Atkins had concluded that obstruction of trash screens leading from Lower Priory did not materially contribute to the extreme flooding which took place both there and at Haven Head in November 2018.

Over three days of torrential rainfall, fourteen properties were flooded at Lower Priory and there was significant flooding at Haven Head.

The Port Authority continues to deny any liability for damage caused by the flooding.

However, at the time Hakin Councillor Mike Stoddart pointed out that Atkins’ assessment was based on evidence produced by Milford Haven Port Authority.

Councillor Stoddart alleged that Atkins’ finding could not necessarily be relied upon. He noted that the Port Authority had an obvious interest in saying the trash screens were not obstructed in order to support its claim it was not liable for the damage caused by the flood.

Defending the Port Authority’s position, both Andy Jones and Tim Bownes, said the report found that the major factor in the flooding was the large increase in levels of silt in the lakes at Haven Head and Lower Priory combined with high tides and unprecedentedly levels of rainfall.

Under further questioning from Mike Stoddart, Mr Bownes conceded that the electronic flood warning system had been a casualty of the flooding and had stopped recording the water volumes at Lower Priory well before the peak of the inundation.

When one resident produced photographs of a truck tyre in front of a trash screen taken in February which remained in place six months later, he was tersely told that the presence of the tyre did not count as an obstruction of the trash screen.

The resident shook his head in disbelief, while several councillors wondered what did constitute an ‘obstruction’.

It is obvious to this newspaper that the only viable solution to the flood risk problem would be increased capacity for the culverts under Havens Head Business Park – and this could cost many millions of pounds.

Milford Haven Cllr Stephen Joseph has observed that a large amount of infill had taken place at the lakes.

He suggested that this, combined with the development of Haven Head over a former tidal plain contributes to the risk of flooding.

Some of those affected by flooding were not insured, or their insurance companies have refused to pay out.

Those families or individuals still out of pocket years later, including the landlady of the pub where the meeting took place, are still fighting for compensation.