GHOSTS from Christmases past are stirring as the Pembroke Dock Sunderland Trust turns the clock back 70 years to December 1944.

With blinds drawn and windows taped up the Trust is preparing for a wartime Christmas at its visitor centre in the Fleet Surgeon’s House in Pembroke Dock’s Royal Dockyard.

In the run up to the festive season there are special displays using many items from the Trust’s extensive archive – plus a cat on the mat!

The setting is the front parlour of a family home – with uniforms and tin hats nearby as reminders of wartime service. The table is laid for simple Christmas fayre and it’s ‘make do and mend time’ with a child’s dress made from parachute silk as a treasured item. Sunderland Trust Volunteers have set the scene taking tea at the table as they tune into war news on the wireless.

There will be two storytelling sessions at the Trust’s Fleet Surgeon’s House visitor centre, both aimed at primary school age groups.

Places are limited and bookings are being taken now on 01646 684220. This is a free event and mums and dads are invited to come along as well so the whole family can soak up the atmosphere of Christmas in a bygone and nearly forgotten era of British history. 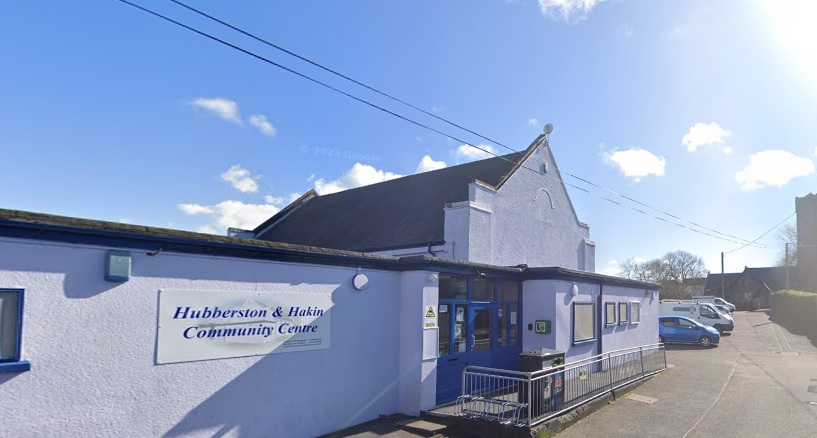 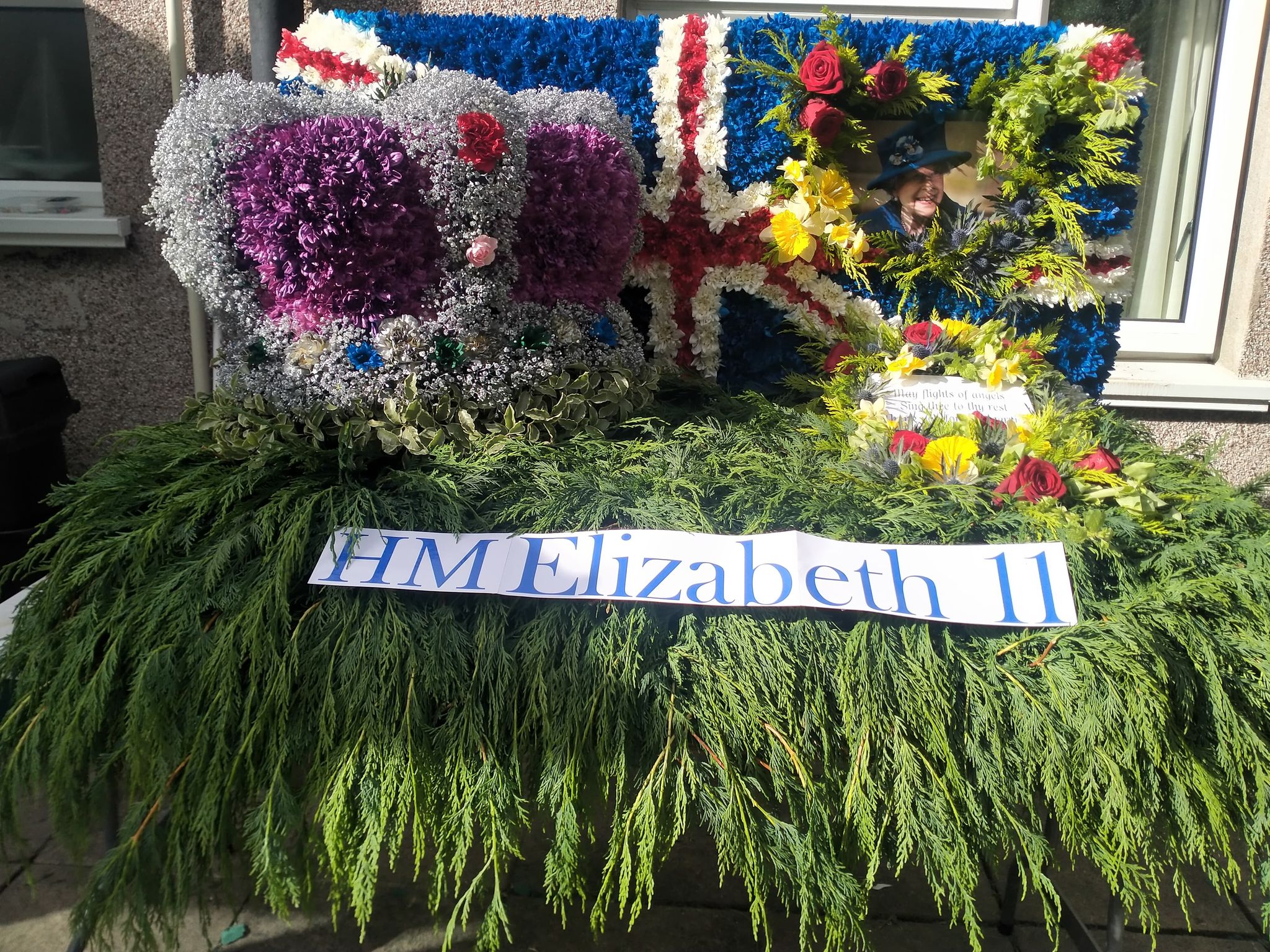 GWENDA’S Flowers From Home have created a beautiful floral display as a tribute to Her Majesty Queen Elizabeth II following her passing on September 8.

Chris used four flowers from around the country in his display. Daffodils from Wales, red roses from England, Eryngium (similar to thistles from Scotland) and Molluccella, which is also known as ‘the bells-of-Ireland’.

Gwenda’s Flowers From Home create high quality arrangements and guarantee a personal touch with every bouquet.

Chris, 39, named his business after his grandmother. Chris said she was a royalist and she loved the Queen.

He feels as though this tribute is very fitting and is proud to make the display in his grandmother’s name.

The display is currently located in Haverfordwest at the War Memorial. 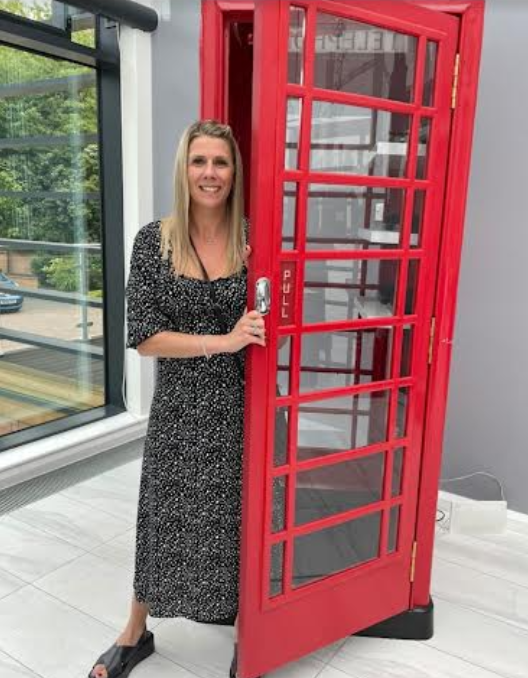 ARMY Veteran, Rachel, has launched her own Slimming World group in Milford Haven after her own positive experiences.

“I changed lives in the army and hope to continue changing lives for people in Milford Haven.”

Rachel was born and raised in Milford Haven. As a small child, she was “active and busy” and a real tomboy alongside her brothers.

In 1998, she joined the Army at 16-years-old as a Combat Medical Technician. Following training, Rachel served in Germany, all over the UK, overseas in Cyprus, and was deployed to Oman, Kosovo, Bosnia and Poland before retiring from service in May 2021.

Her role as a combat medical technician meant she often had to deal with soldiers who had been injured in war zones. Rachel described dealing with the range of injuries as “life-changing”.

Rachel’s job not only consisted of helping soldiers physically recover; she also helped them with their mental well-being.

She said she: “always pointed out the positives ahead of them for their lives and their families.

“The fulfilment I would get from seeing them recover and their family made whole again is so rewarding, I cannot put it into words.”

She has always been a strong, physically fit person. She enjoyed an active lifestyle and felt as though she “could always eat what she wanted.”

In 2017, she was posted to Harrogate. Rachel was 36 years old and had recently given birth to her third child, a daughter, after already having two sons aged 13 and 5.

She says she was almost two stone overweight even before her pregnancy.

Rachel said: “So here I was with four stone to lose. I had lost all confidence and was at a loss.

“I was at a GP surgery when I saw a poster for Slimming World. I was there for my daughter’s first vaccinations and that’s when I decided to join my local Harrogate Slimming World group.”

Rachel said she was welcomed to the group with open arms. She described the members as being lovely, offering to make her a hot drink after being weighed or hold her baby while she got settled into the group.

It was at this group that Rachel found her love for Food Optimising, which is Slimming World’s unique plan to lose weight and get healthy.

She swapped takeaway meals for ‘fakeaways’ using recipes she learned from her group.

After only a week, Rachel had lost 4 lbs and knew this new plan was one she could follow.

Over the next 10 months, she enjoyed curries, chillis, chips loaded with a variety of toppings and cheese within her daily allowance, and she could still enjoy treats every now and then.

By June 2018, she had hit her target and lost the whole four stone. She said she “felt amazing!”

Unfortunately, during lockdown, she became a single mum and was at an “all-time low”. She moved back to Pembrokeshire in December 2021 and quickly swapped healthy meals for quick and easy, high-fat processed meals.

Rachel said: “Being stuck in the house with three children during lockdown was hard.

“As I was working from home with nowhere to go, I found myself mindlessly eating as I was only eating out of boredom.

“I put almost two stone back on and I was devastated.”

In January 2022, she decided to get into shape again. She joined the local Slimming World group in Johnston.

Rachel said she had two stone to lose and was determined to return to her target weight.

She claims she was blown away by the consultant Kelly’s knowledge of the plan and her motivation.

“She guided me back through the new member talk, reintroduced me to my love of Slimming World and allowed me to fall in love with the plan all over again!” Rachel added.

“The warm atmosphere and the gentle reminder that the plan can be used for all the family reignited my passion.

“Since January 10, 2022, I have lost one stone and five pounds. I am only two-pounds away from my personal target.”

Thanks to her time in the Army, helping those with their physical and mental health, Rachel feels that she would be well suited to helping those achieve their goals.

She commented: “The training is thorough and covers not only the plan but the psychology of wanting to lose weight.

“It has totally changed my views on how I shop, cook and eat food, and I hope my drive and motivation will help others to do the same.”