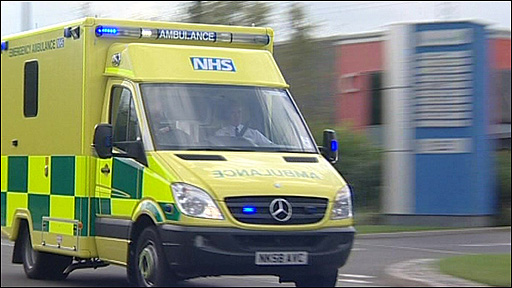 The Party claim that the response times to calls in Pembrokeshire missed the all-Wales target: that of of an ambulance reaching the scene of an incident within eight minutes of an emergency call being placed. Plaid Cymru claim that in July of this year, in Pembrokeshire, only 64.8% of life threatening calls were answered within the target eight minutes timeframe, from an all -Wales target of 65%, falling short by point two of a percent.

According to analysis by Plaid Cymru’s National Assembly team, it was discovered that only seven out of the twenty-two local authorities reached their target for more than nine months out of the last eighteen and, apparently, Pembrokeshire only just managed to meet this success rate, but performance has, as Plaid Cymru put it, ‘deteriorated worryingly this year’.

“It is not surprising that the Welsh Ambulance Service is not meeting its targets. What is concerning is that there seems to be little improvement. Many of us wonder why the Welsh (Labour) Government continues to push through their plans to centralise hospital services that will require ambulances to travel further in emergency situations”

He went on to add that,

“The Health Minister must begin to tackle ambulance response times in Pembrokeshire. Plaid Cymru believes there should be better investment in planning and training of the workforce. If this happened more paramedics could make decisions and carry out treatment without the need for hospital”.

Commenting on this seemingly worrying situation, Paul Davies, AM for Preseli Pembrokeshire, said,

“The latest ambulance emergency response times for Pembrokeshire are very worrying. NHS staff work tirelessly but, sadly, Welsh Labour’s record-breaking cuts to the health budget of over £800million, in real terms, over five years are making their jobs impossible. Confidence in our health service is already at rock-bottom, and none of this will do anything to ease the worries of the people of Pembrokeshire”.

He concluded by stating that,

“It’s now time for serious change.  The closure of the Special Care Baby Unit at Withybush  Hospital would have a seriously detrimental effect on other services, such as paediatrics, A and E and, of course, the ambulance service. Labour’s Health Minister has talked of some action, following the latest ambulance service review. I will be monitoring this action to make sure the changes are effective for my constituents and implemented as soon as possible.”

“Due to the increase in calls that we experience year on year we are actually reaching more and more people across Wales than ever before. July was an extremely busy month for us, with the service taking 36,964 emergency calls, up by 3,093 calls from the previous month, and 1,149 calls from the same period last year, with more than a third of these – 14,254 calls – being the most serious in nature. We recognise that we are short of the target for these most serious calls and are continuing to work with our Health Board colleagues to improve the situation. We would like to reassure the public that the Trust is firmly committed to delivering the improvement aims of its ‘Working Together for Success’ modernisation programme. We are working, and will continue to work, as hard as we can to get to patients as quickly as possible and provide the best quality of care for the people of Wales and we invite the public to support NHS Wales’ ‘Choose Well’ campaign, so that busy emergency services can help those who need them most urgently. We also ask the public only to dial 999 and attend emergency departments for life-threatening and serious illnesses and injuries – remember to keep emergency ambulances for your emergencies.”

When contacted by The Herald, the Welsh Government Press office responded to these criticisms and statistics by issuing a statement saying that,

“The McClelland Review of Welsh Ambulance Services made it very clear that our current eight minute target is only very weakly supported by clinical evidence. Work is underway to develop a new set of clinical indicators that provide a better view of the quality of ambulance provision in Wales, and these will be in place by April 2014. We are encouraged to note, though, that in Pembrokeshire 69% of ambulances arrived at scene to calls categorised as life threatening within nine minutes and 83.2% in thirteen minutes. We expect Local Health Boards to work closely with the ambulance service to improve service delivery, to ensure the people of Wales receive the high quality care they deserve.”