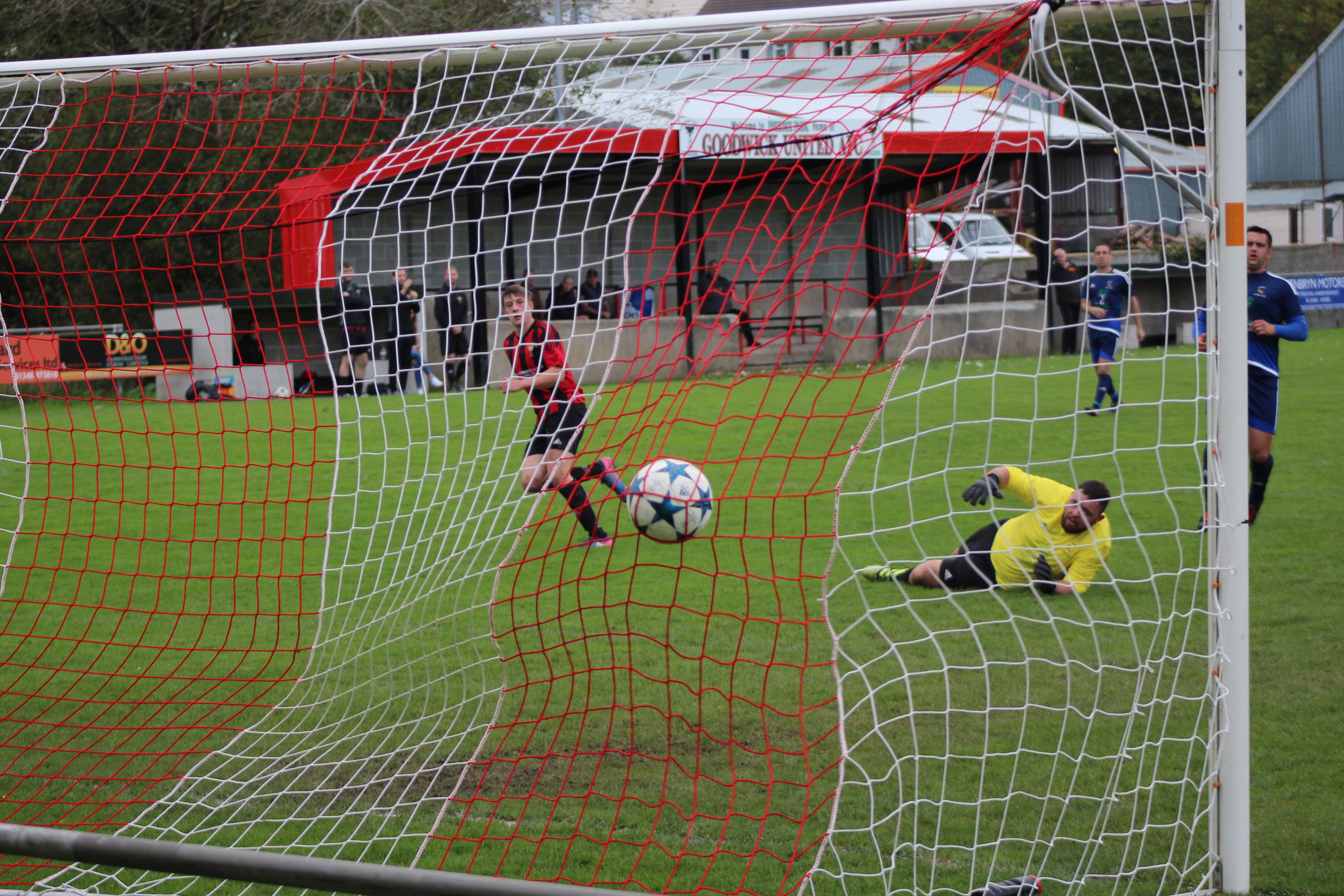 GOODWICK United’s Jordan Griffiths scored seven goals as his side scored ten past Lamphey in their 10-2 win at Pheonix Park on Saturday (Oct 14).

The home side dominated for large periods of the game and were well deserving of their victory.

Jordan Griffiths had already scored four for the home side while Johnny Horgan also got on the score sheet when he latched on to a through ball to poke the ball past the Lamphey keeper.

Josh Dearsley came close for the visitors in the first half but his shot came back off the bar.

Lamphey pulled on back after a good move saw the ball played over the left for Mikey Davies who crossed into the box for Billy Davies who fired it into the top corner.

Billy turned provider for Mikey to score their second goal of the game and they could have scored a few more had they taken some of their chances.

Goodwick scored their sixth goal when the referee adjudged that Griffith’s shot, which hit the bar and bounced down on the line and out, had gone over the line.

Steve Dockerty and Chris O’Sullivan also scored for the home side as they held a 7-2 lead. In the closing stages Griffiths turned well before shooting into the bottom left corner to make it 8-2.

It was nine soon after as Griffiths ran on to another through ball before firing again into the bottom left corner.

Griffiths then beat the offside trap before firing into the net to complete a memorable day for himself and for the home side.

He could have had another soon after when he got on the end of a cross but his header went wide of the posts and the game ended 10-2.

Goodwick now sit top of the table while Jordan Griffiths doubled his tally of league goals for the season to 14 to make him the league’s top scorer.

On Saturday, October 21, Lamphey are again in league action as they welcome Neyland.

On the same day, Goodwick are in action in the third round of the FAW Trophy against Swansea League Champions Penlan, who were runners up in the competition last season, in what is sure to be an excellent game between two top sides.