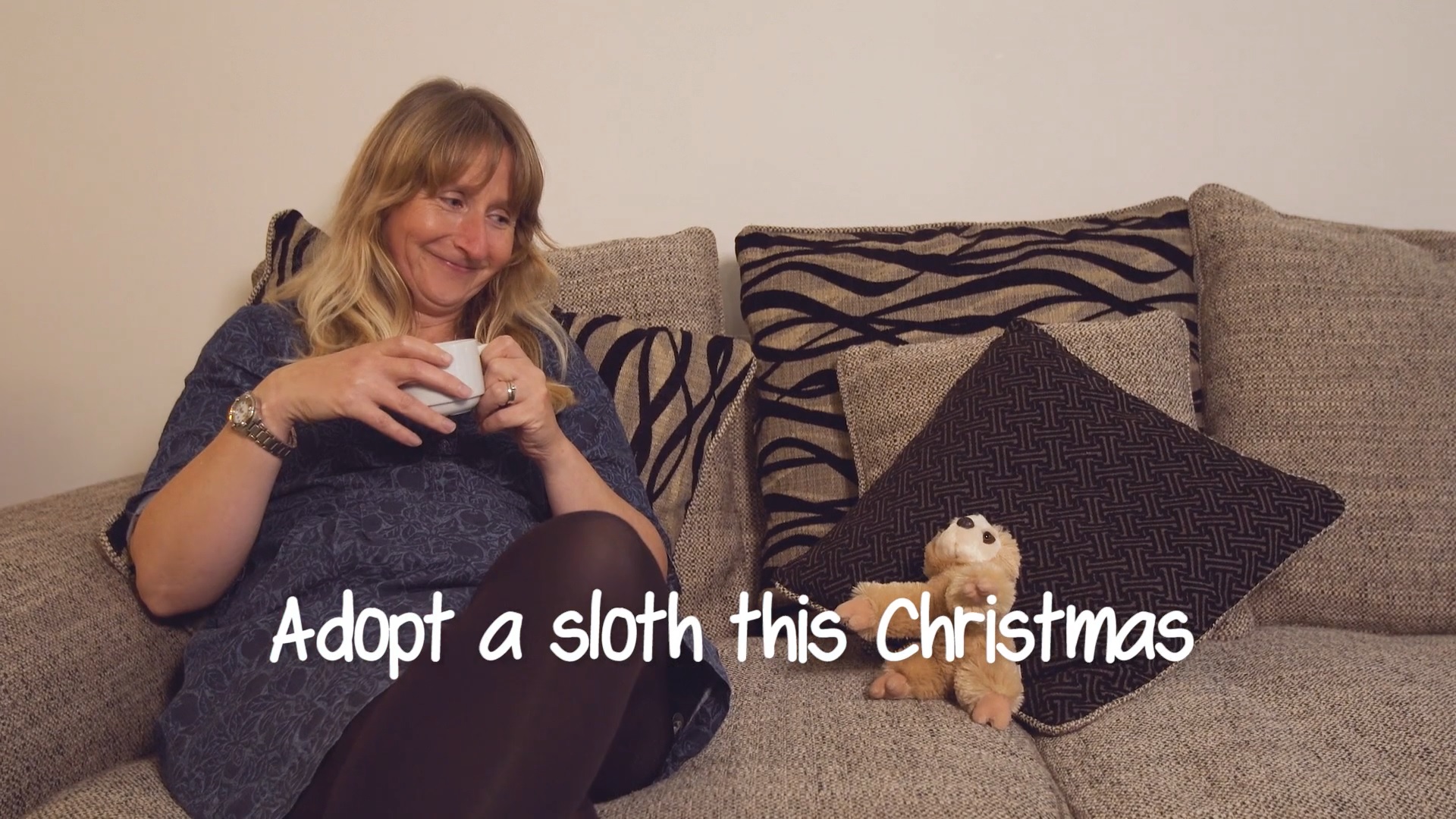 AS JOHN LEWIS, Marks and Spencer, and the other retail giants revealed their long-awaited Christmas adverts last week with a 7ft cuddly monster, Paddington Bear and talking carrots –  so did Folly Farm.

To kick start the festive period and show animal lovers how they can take home a little piece of Folly Farm this Christmas, the adventure park and zoo commissioned three short adverts for its adoption packs.

The story starts with a little girl who really wants a dog for Christmas. After learning about the amount of upkeep that comes with having a pet, she then changes her mind and in each advert, asks for a sloth, meerkat and penguin instead. Relieved, the mum knows to tell Father Christmas about Folly Farm adoption packs, making Christmas a little easier this year.

“We’ve worked with Mother Goose on several videos including our Black Bart’s Pirate Cove video, and they always hit our brief with creative storytelling and this was no exception. The advert will be featured on all our social media channels.

“We wanted to shout about our adoption packs which are perfect for any animal lover but the advert also delivers an important and timely reminder of the responsibility attached to owning a pet.”

Polly Vinken-Köther at Mother Goose Films said: “We absolutely love working with Folly Farm, we never know what brief we’re going to get next and they’re always so receptive to ideas we put forward. It’s the perfect opportunity for us to bring out our inner child!

“The process has been pretty seamless and has been collaborative between us and the team at Folly Farm. We wanted to appeal to both parents and their young children while keeping the magic of Christmas alive.

“They say never work with children or animals but for us it’s one of the best days in the office!”

An adoption pack includes a day ticket to Folly Farm, an adoption certificate, a fact sheet, a soft toy and the adopter’s name displayed on a thank you board at the animal’s enclosure. Animals up for adoption at Folly Farm include giraffes, goats, lions, meerkats, penguins, pigs, rhinos, sloths, sheep, zebras, owls, and donkeys.

For more information on Christmas events and animal adoptions, go to www.folly-farm.co.uk or to check out the advert visit Folly Farm Adventure Park and Zoo on Facebook.

Milford Haven: Police at school due to ‘issue with parent’