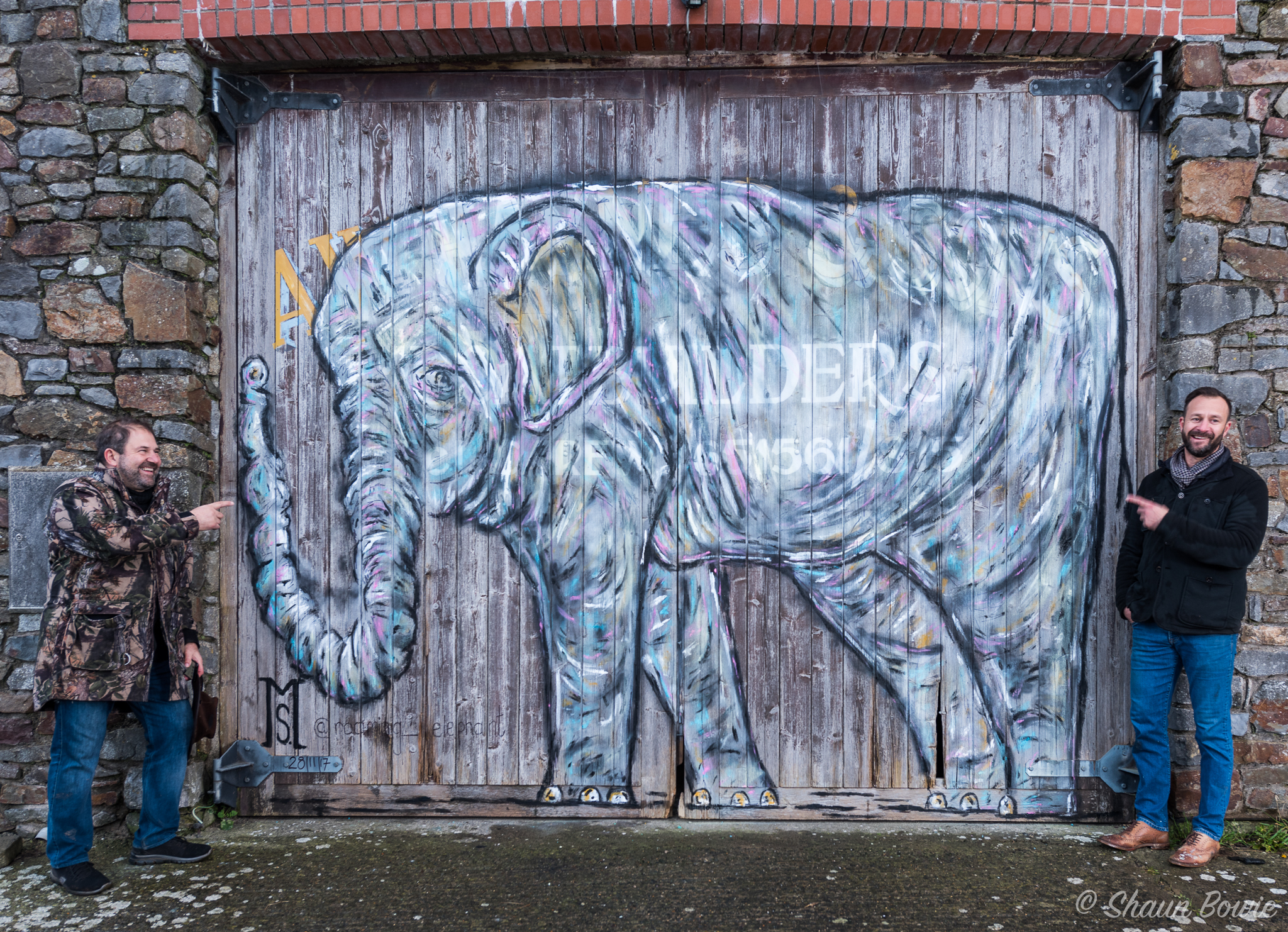 A ROAMING elephant has appeared overnight in the middle of Lawrenny.

Locals woke up at the weekend to find the nine-foot African elephant painted on the side of a building in the heart of Lawrenny.

Christened ‘Beatrice’, the beautiful mural was painted in just a few hours by LA artist Matt Shapira, and is the latest of his works that can be found across the world, from the Far East to the United States.

Matt travelled to Pembrokeshire in search of inspiration for his latest work, brought by Cardiff entrepreneur and friend Giovanni Malacrino.

“Wherever I travel and paint, I am inspired by the landscape, the people and the spirit that exceptional places like Pembrokeshire seem to have,” said Matt.

“Lawrenny is definitely one of those special places and Beatrice, whom we named after a little girl who helped me with the painting, is a one-of-a-kind reflection of where she stands.”

Matt used the giant doors of an old boatbuilders shed as his canvas. Lawrenny was once a busy boat-building and fishing village.

“I am still relatively new to Pembrokeshire,” said Giovanni Malacrino, who happily admits he had never travelled further west than Swansea in all his years as a leading restaurateur in Cardiff.

“I became an Ambassador for a new festival The Big Retreat Wales, here in the village last year and have completely fallen for the place. It’s amore! So, I knew Matt would be inspired.”

“Beatrice is absolutely beautiful and we have already fallen in love with her,” said festival director Amber Lort-Phillips.

“Festival goers will be able to come and see her at next year’s Big Retreat Wales as she is right by the village shop. She may be a roaming elephant but she’s not going anywhere for now!”