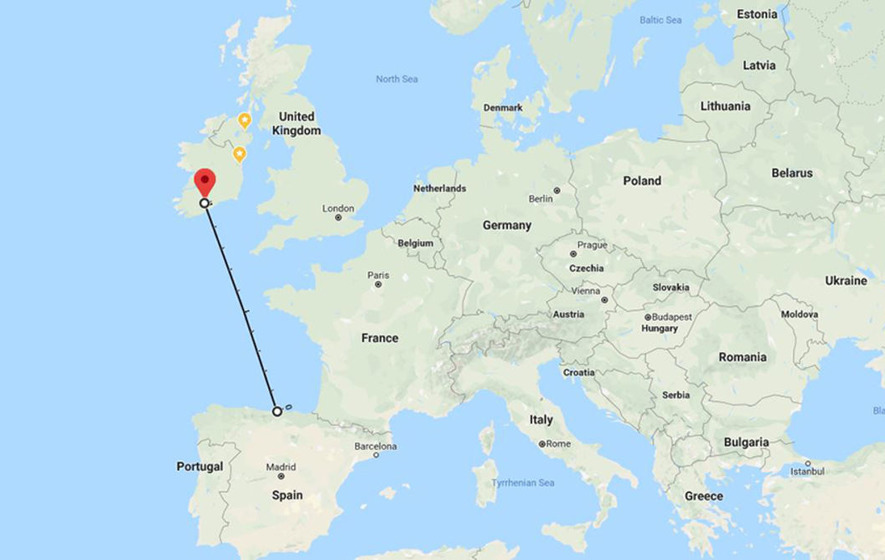 A DIRECT ferry service between Ireland and Spain could have an impact on Pembrokeshire’s ports.

The ferry service, which will sail from Cork to Santander, in two return journeys a week, could result in traffic bypassing the UK.

This highlights the preparations being made by Irish businesses for a hard Brexit, a Liberal Democrats spokesperson has said.

The spokesperson said: “Whilst the establishment of a new service is not explicitly linked to Brexit, the new route does give firms the opportunity to bypass Welsh ports in the event of a hard Brexit.

“Should we get a bad Brexit deal that leads to substantial customs delays at our ports, that opportunity will begin to look very attractive.” Welsh Liberal Democrat leader, Jane Dodds, commented: “This is yet more evidence of the devastating impact Brexit could have on Welsh ports. These ports make a vital contribution to their local economies and the economy of Wales. Leaving the customs union could lead to lengthy delays at these ports, increased costs for companies and even rotting produce. It is essential the UK stays in the single market and customs union to protect our ports and the Welsh economy.”

Andrew Lye, Chair of Carmarthenshire & Pembrokeshire Liberal Democrats, said: “News that Ireland and Spain will be linked by a direct ferry service for the first time should set the alarm bells ringing. With Brexit negotiations continuing, Ireland is preparing for a hard border with the UK and who can blame them! But the creation of a direct route between Ireland and Spain rightly concerns us here in Pembrokeshire.

“The ports of Pembroke Dock and Fishguard are crucial to their communities and the economy of Pembrokeshire. A hard border after Brexit would have devastating consequences for these ports and the jobs, trade and tourism they support. No-one wants to see Pembrokeshire lose out, but the signs are worrying.”

The Commercial Manager Captain for the Port of Corck, Michael McCarthy, said:  “The option for freight carriers to bypass the UK land bridge will be seen as very attractive, as Brexit uncertainty continues.

“We have no doubt that both exporters and importers will make this a viable service.”

The service will start in April.

A Brittany Ferries ship, Connemara, will have the capacity for 500 passengers and 195 cars.

Brittany Ferries Chief Executive, Christophe Mathieu, said: “Green Spain promises visitors a wealth of opportunities, whether they travel with us from the UK or Ireland.

“However, this new route will also present more options to freight companies operating throughout Ireland, Spain, Portugal and southern France.”

‘Once in a lifetime’ reorganisation planned by Health Board

Neyland: Health board to give ‘detailed consideration’ to surgery’s closure