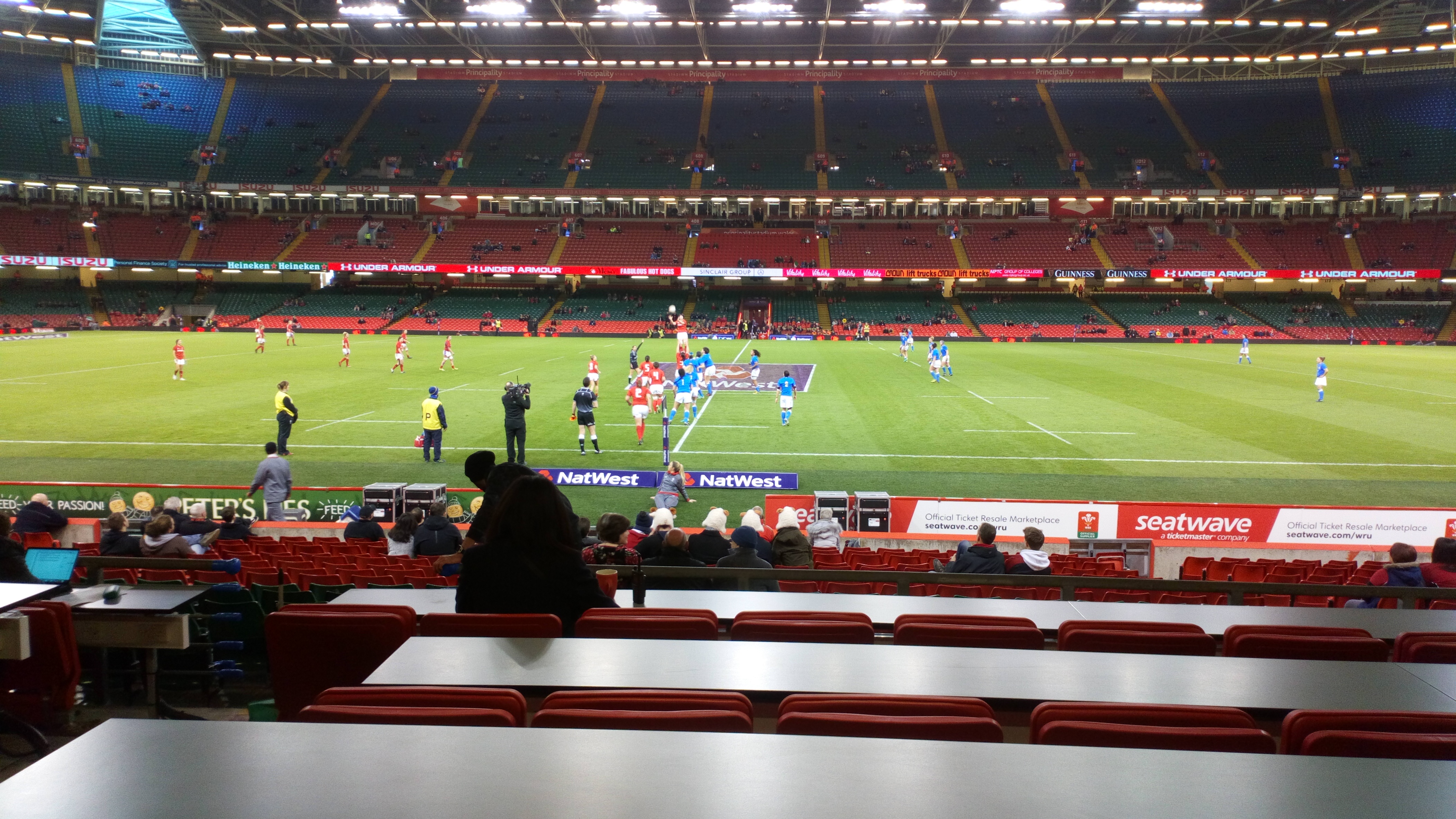 WALES’ Women were beaten by Italy on Sunday (Mar 11), in front of a crowd of just over 11,000 fans at the Principality Stadium in Cardiff.

It was the visitors who opened the scoring as Isabella Locatelli ran over for the try which Beatrice Rigoni converted.

St Davids’ own Jaz Joyce was back in the fold having been with the Wales 7s team out in Australia but she showed no signs of jetlag as she made a bursting run to put the home side in a good position.

Hannah Jones also went on a good run and after she was brought down, Italy were guilty of an infringement and Robyn Wilkins sent the resulting penalty through the posts to reduce the gap.

Butchers then passed to Lake who juggled the ball, doing well to keep hold of it, before passing to Jones who was held up just before the line. They kept at it and it was Butchers who made her way over to put the home side into the lead. Wilkins then sent the conversion wide but Wales led 8-7.

Joyce then picked the ball up inside the Wales 22 and beat two players and was only halted by the third just past the half way line. Italy won the ball back and Manuela Furlan found Maria Magatti who made her way over for their second try to put them back in front. Rigoni’s kick looked to be going over but it fell just short of the posts and that was the end of the first half.

Ten minutes into the second half the Italians increased their lead as Rigoni went over for a try in the corner but she couldn’t add the conversion and the visitors held an 8-17 lead.

Just past the hour mark Butchers was given a yellow card for a tip tackle but much to their credit, they did not concede any points during that period.

Joyce again showed what she could do with another powerful run but she was brought down. Alecs Donovan also made a good burst through before winning a penalty for her side.

Wales were forced to bring Joyce off for a head injury assessment and fellow Pembrokeshire woman Lisa Neumann was brought on in her place.

With seven minutes to go Wales finally made the breakthrough as Sioned Harries picked up the ball and touched down in the right corner and Wilkins added the extras to bring Wales to within two points of Italy.

Italy hit back and put the pressure on as they kicked to into the 22 before the ball bounced out. Wales looked to play out of their own 22 but dropped the ball only to win it back again moments later.

However, Harries was then given a yellow card meaning her match was over and Wales would finish with 14 women on the field.

Thankfully for Wales, Joyce was ok and she was brought back onto the field for the remaining minutes.

With three minutes to go Italy worked the ball out wide and Michela Sillari made her way over for the try despite the best efforts of Joyce to stop her. Sillari then sent the conversion wide and Italy led 22-15 with little time left to play.

Wales were unable to find a way back despite their best efforts but they did earn a losing bonus point for being within one score.

Defeat for Wales is their third of the season while Italy celebrated their first win in nine Six Nations matches.

Wales may be fifth in the table but they could still have a say in who wins the title in the final round of fixtures.

On Friday (Mar 16), Wales take on leaders France knowing that a win could open the door for England to win the title, should they beat Ireland on the same day.