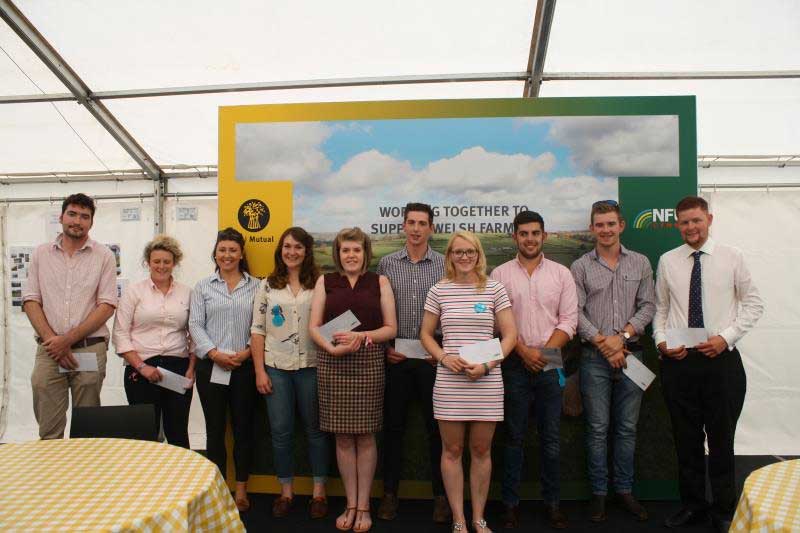 WANT to travel the world and learn more about agriculture in other countries?

Then this could be your chance as the Gareth Raw Rees Memorial Scholarship, supported by the NFU Mutual Charitable Trust, is making up to £2,500 available to lucky youngsters to make their travel dreams come true.

The Scholarship, which was renamed in 2008 thanks to an annual donation of £1000 from the NFU Mutual Charitable Trust, is looking for applicants considering travelling in the UK, Europe or further afield. If you are under 30 and would like some financial assistance with your travels then contact NFU Cymru for an application form – even if you have already received support from another scholarship or fund.

Neil Hamilton, AM for Mid & West Wales and Leader of UKIP Wales, is urging young famers, in his constituency, to travel and learn more about agriculture in other countries.

“This a wonderful opportunity for young farmers who are keen to learn more about agriculture and farming methods in other parts of the world.

“Ten young people benefited from the award last year and between them visited USA, Latvia, Argentina, Australia and New Zealand where they gained an insight into farming in these countries.

“As everybody knows, these days, it is more important than ever to gain a wider knowledge of the agricultural industry and it is great to see such opportunities available for young farmers in Wales.

“I would urge anyone interested to make sure they apply.”

NFU Cymru County Adviser, Peter Howells said, “The scholarship fund was launched in 1984 in memory of the late Gareth Raw Rees MBE from Ceredigion whose considerable energies had always been directed towards promoting the interests of young people in farming and in the countryside. He was a firm believer in the inestimable benefits of travelling towards the fulfilment of a broader and more rewarding education.”

The Scholarship is managed by the Raw Rees family; NFU Cymru; NFU Mutual; Wales YFC; the Institute of Biological, Environmental and Rural Sciences (IBERS) at Aberystwyth University and the Future Farmers of Wales.

“The Gareth Raw Rees Scholarship offers fantastic opportunities for young people to travel and learn from farming methods in other parts of the world,” said Dai Davies OBE, Chairman of NFU Mutual’s Advisory Board for Wales. “In today’s fast changing agricultural industry, it’s vital that our young farmers gain a wider perspective to help them farm successfully, which is why NFU Mutual is a strong supporter of the scholarship scheme. Over the years we’ve received some exceptional applications from some very capable and enterprising young people and have been able to support their efforts in visiting and learning about a variety of agricultural techniques employed all across the globe. We very much look forward to receiving some equally impressive applications once again in 2018.”

In 2017 10 young people benefited from the award, and between them visited New Zealand, USA, Latvia, Australia and Argentina.

The closing date for applications is Friday May 4, 2018 and the winners will be announced at this year’s Royal Welsh Show.