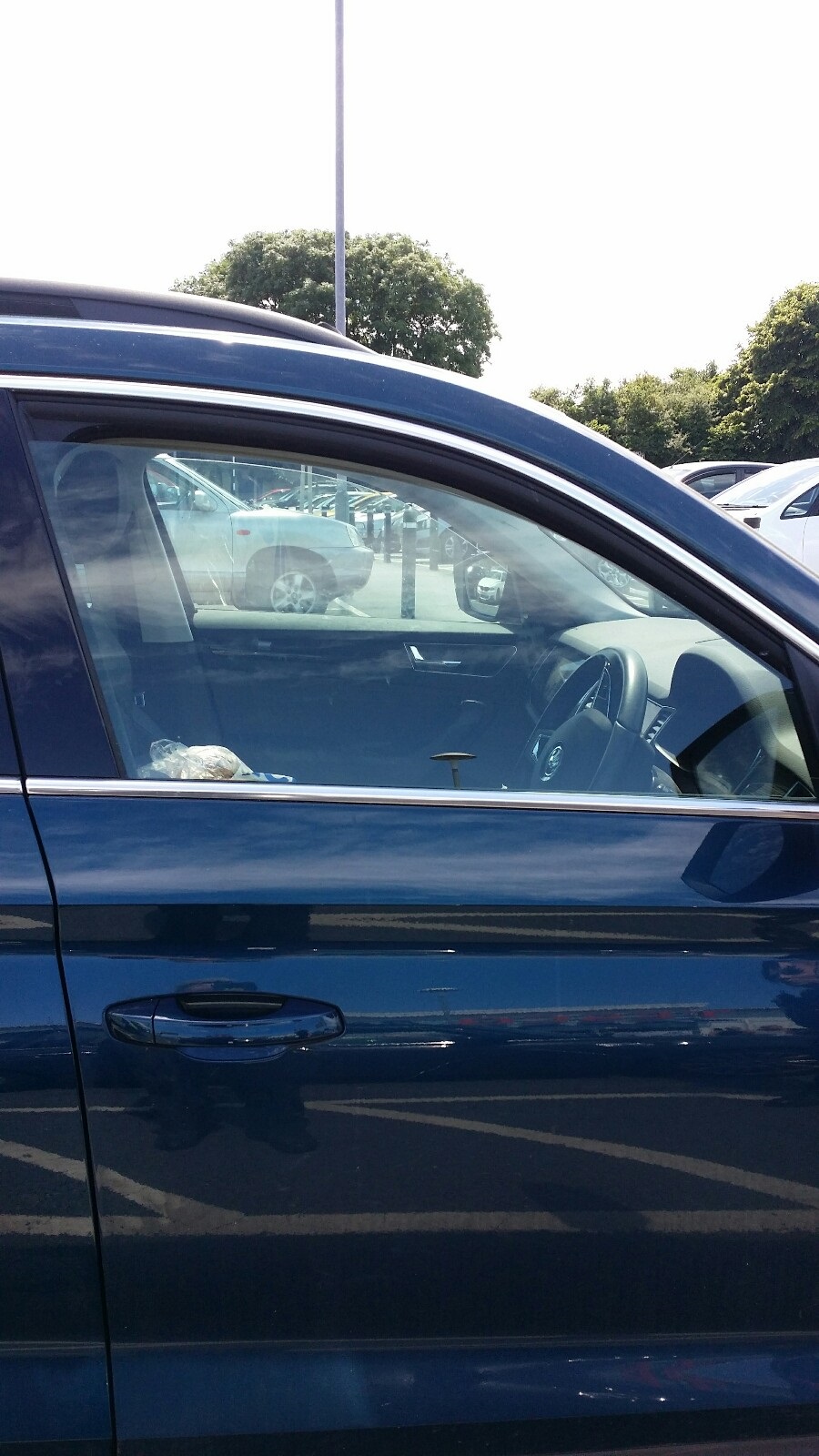 A MAN has been fined after causing his 13-year-old dog to suffer with hyperthermia after leaving him in a hot car amid sweltering, dangerous June weather conditions.

John Foster, aged 66, of Merrion Village, Castlemartin, admitted causing his crossbreed dog – Boysie – to suffer after confining the dog to the boot of a hatchback car on 30 June, shortly after 1pm.

He pleaded guilty to an Animal Welfare Act offence at Haverfordwest Magistrates’ Court on Monday, November 19.

Dyfed-Powys Police and the RSPCA were alerted after the dog was left alone, and tied-up, in the car, at Haverfordwest’s Tesco superstore. Two windows were open on the vehicle with a gap of approximately an inch.

Witnesses reported distressed behaviour from the dog. Tesco staff made attempts to reach the car owner via PA announcements, but Foster failed to return to the car and Police were subsequently contacted.

By-standers squirted water into the car, with the dog seen licking the liquid from cardboard that was lining the boot. However, the water evaporated quickly due to heat within the car – highlighting the high temperatures the crossbreed was experiencing.

The Police – following discussions with the RSPCA – broke into the vehicle to rescue the dog.

Foster, when eventually returning to the vehicle, accepted no responsibility for the situation but was instead concerned about the damage to his car.

The temperature rose from 23°C to 25°C outside – but had reached 55°C in a neighbouring vehicle, demonstrating how dangerous the situation was for the veteran dog.

Clear, conclusive veterinary evidence highlights that the animal suffered as a consequence of the ordeal. Indeed, the episode caused the dog to have hyperthermia, a condition of having a body temperature greatly above normal.
Foster was given a £295 fine, and ordered to pay £300 in costs and a £30 victim surcharge.

RSPCA inspector Keith Hogben said: “This was a disgusting, and wholly inappropriate way to treat a dog.
“Hot vehicles are potential death-traps for dogs; and poor Boysie suffered unnecessarily and was left with hyperthermia, as a result of this individual’s negligence.

“Boysie had been left tied-up in the back of this car with no means of safe escape. The weather was sweltering – like it was much of this spring and summer – and my vehicle nearby reached temperature of 55 degrees.

“Members of the public at the store were left hugely distressed by the incident, with the dog dangerously overheated. Thankfully, the consequences were not fatal – but could easily have been so.

“This is a serious animal welfare offence – and we want to see prosecutions like this act as a robust deterrent to future offending, which can be so dangerous for dogs, potentially causing them heatstroke and other major complications.”

Dyfed-Powys Police’s Chief Inspector of specialist operations Mike Melly added: “This was a distressing incident, during which two officers had serious concerns for the welfare of the dog, who was trapped inside the car.

“They could not open the windows, and as the dog was in unnecessary distress, a decision was made to smash the car window under Section 18 of the Animal Welfare Act. They then took the dog to a shaded area and gave it water to cool it down.

“We would like to remind pet owners to take extra care of animals in hot weather, and urge them not to leave them in a car for any amount of time – the consequences of the heat could be devastating.

“If you do see a dog trapped in a car, we would always advise you to call the police on 101, or call 999 if it is an emergency and the animal is suffering. If necessary, officers will take action to release any animals suffering in a hot car.”

This July, an RSPCA staff member locked himself in a hot car to experience the dangers dogs face when left in vehicles in warmer conditions. Shocking video footage shows the temperate sky-rocket from 23.3°C to more than 57°C degrees in little over 26 minutes.

RSPCA Cymru spent the summer urging members of the public to dial 999 if they see a dog in distress in a hot car. More advice on what to do is available on the RSPCA website.