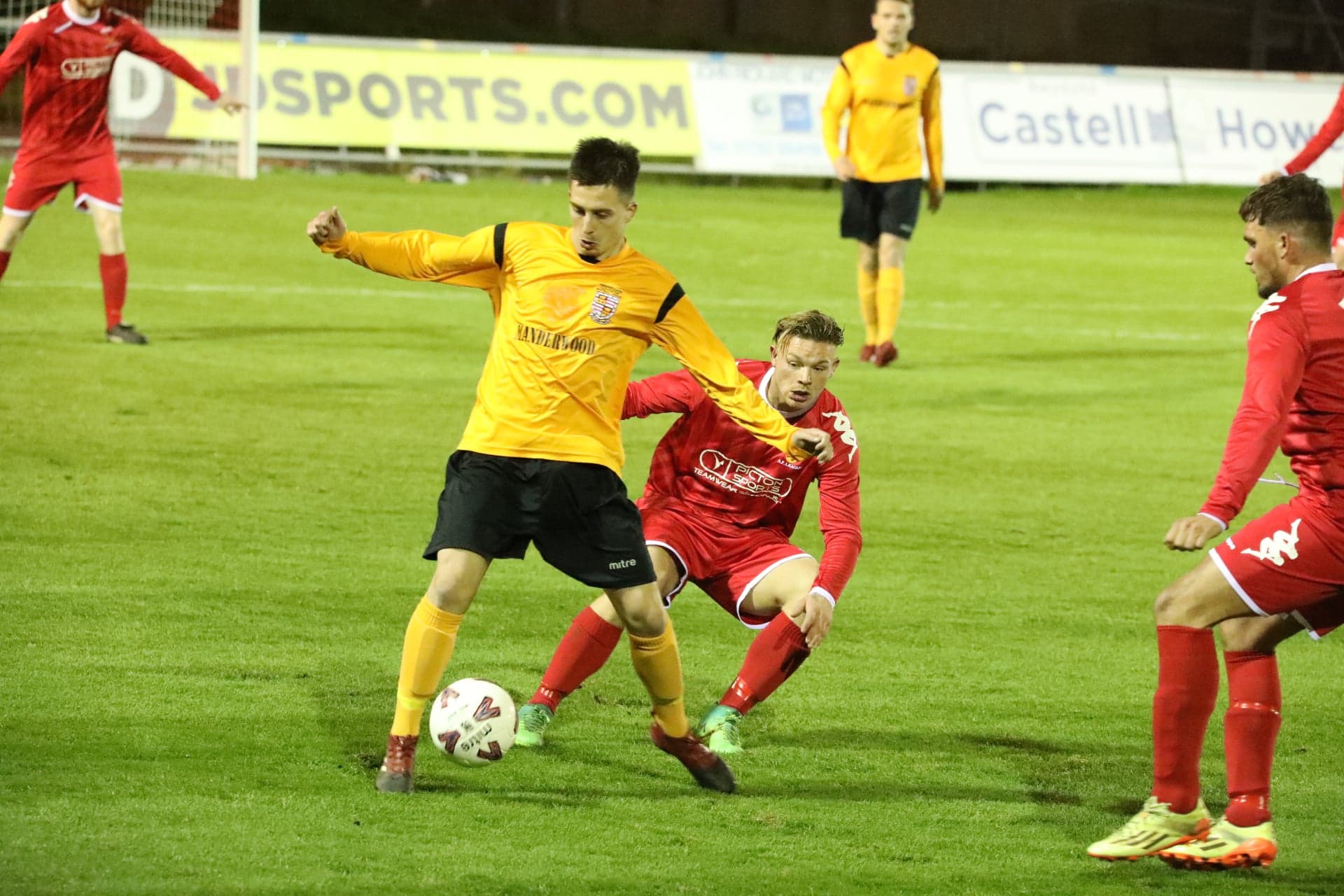 THE Pembrokeshire League retained the SB Williams Cup on Tuesday night (Nov 20) as they beat the Carmarthenshire League 4-1.

The game was played at Stebonheath Park in Llanelli and the visitors knew a win would see them retain the trophy and that a loss would have seen the trophy go to the Swansea League.

Manager Nigel Delaney named a strong team for the game but it was the Carmarthenshire League who made the brighter start and they went ahead when Sam Wilson’s shot deceived Pembrokeshire keeper James Gwilt.

However, the Pembrokeshire League equalised soon after when Nicky Woodrow scored, firing a shot into the bottom corner after some good build up. Both sides had chances to go ahead but shortly before half time Pembrokeshire were awarded a penalty.

Jordan Griffiths was brought down in the box and Justin Harding stepped up to put his side into a 2-1 lead.

The Pembrokeshire side led 2-1 at the break but knew they would face an early onslaught from their opponents in the second half.

They were able to weather the storm and came close to scoring again before they grabbed their third goal of the game.

Luke Hayward’s free kick found Jordan Griffiths who headed past the Carmarthenshire keeper for a 3-1 lead.

Pembrokeshire continued to press and they made the game all but safe when Harding slotted another penalty home to make it 4-1.

There was still time for them to be awarded a third penalty but this time Harding was unable to complete his hat trick, smashing the ball against the bar.

It mattered little as the referee soon brought the game to a close and Pembrokeshire celebrated retaining the trophy.

After the match, Manager Nigel Delaney told the Herald: “It was a great 4-1 win as the players did as we set them up to do. We played some great football in all games. To throw 20 boys together and perform how they have is a gratitude to themselves. They are an outstanding group of boys and a pleasure for me and sully to work with!”

Related Topics:CarmarthenshireFootballLeaguepembrokeshireSB Williams Cup
Up Next