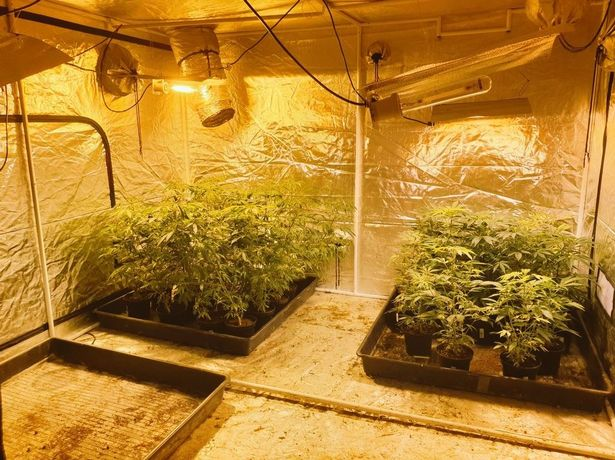 CANNABIS with an estimated street value of £40k was found at a Crymych on Tuesday (Jan 14).

Two people have been arrested in connection with the discovery, one in their 60s and the other in their 30s.

Police raided the property and found a ‘cannabis cultivation’ of around 100 plants at different growth stages inside an outbuilding at the farm.
The street value of the cannabis seized was estimated to be around £40,000.

The two males were both arrested on suspicion of the production of cannabis, and have been released pending investigation which is ‘on-going’, says Dyfed-Powys Police. A spokesperson for Dyfed-Powys Police said: “Two arrests were made as a result of a drugs warrant carried out at a former farm in Crymych on Tuesday, January 8.

“A cannabis cultivation containing around 100 plants at various stages of growth was found in an outbuilding. The estimated street value of the plants is £40,000.

“A 63-year-old man and a 34-year-old man were arrested on suspicion of the production of cannabis. They have been released under investigation.”

Police reminded the general public that should they wish to report anything suspicious, or if they had concerns about the selling and taking of drugs in their community, they should call 101.

You can also report information anonymously by calling Crimestoppers on 0800 555 111.

Domino’s Pizza could be coming to Neyland