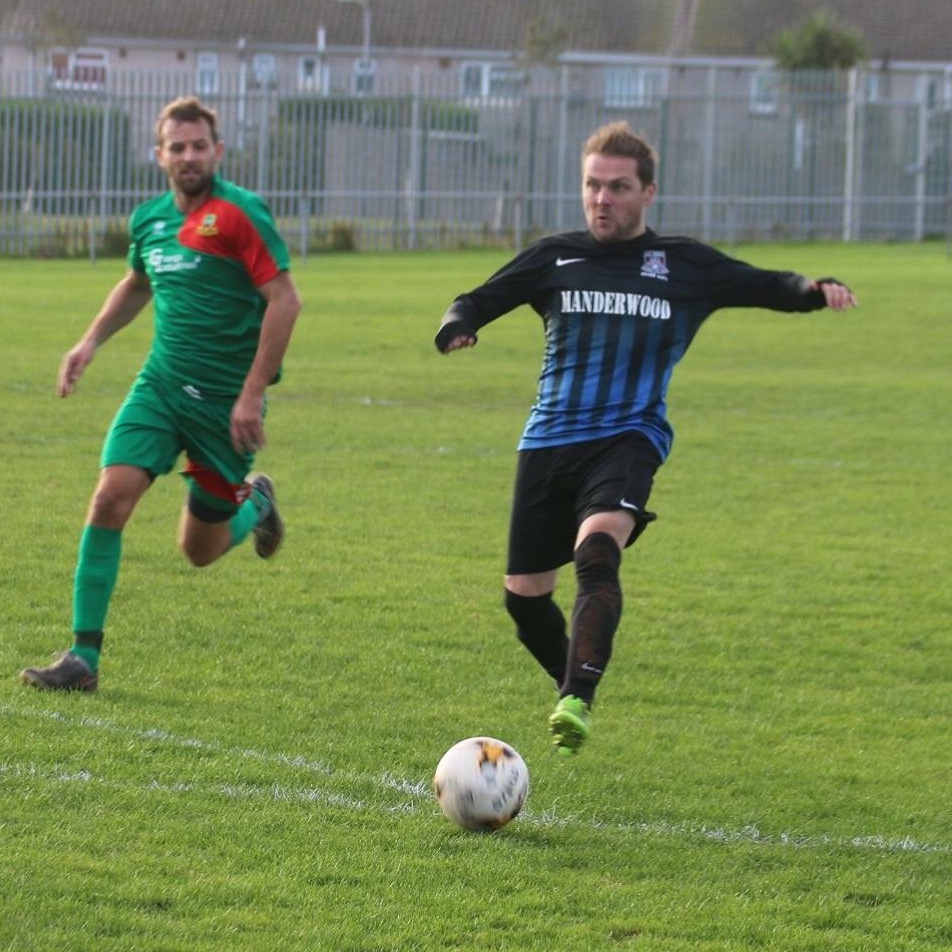 However, the Vikings found themselves two goals down midway through the first half. Craig Hughes scored from the penalty spot and Mark Jones made it 2-0 with a counter attack goal.

Stuart MacDonald pulled a goal back for Hakin, as he netted from close range after the Ferndale goalkeeper had failed to hold a Nigel Delaney free kick.

Just before the break, Ferndale had a defender sent off for handball on the goal line, but the home goalkeeper saved the resulting penalty taken by Nigel Delaney.

Hakin Manager Gary Dawes reshuffled the pack for the second half and two quick Hakin goals turned the game on its head. Matthew Price levelled matters for the Vikings with a low shot into the bottom corner and minutes later, the Ferndale goalkeeper failed to hold a shot from Price and Michael McCarthy was first to react and he made no mistake with the rebound.

Matthew Price made it 4-2 with a curling effort into the top corner and the same player completed his hat-trick with a deflected effort beating the keeper at his near post.

Hakin next play on Sunday (Feb 17) at home to Coedeva Athletic in the League.

Pembroke keep the pressure on