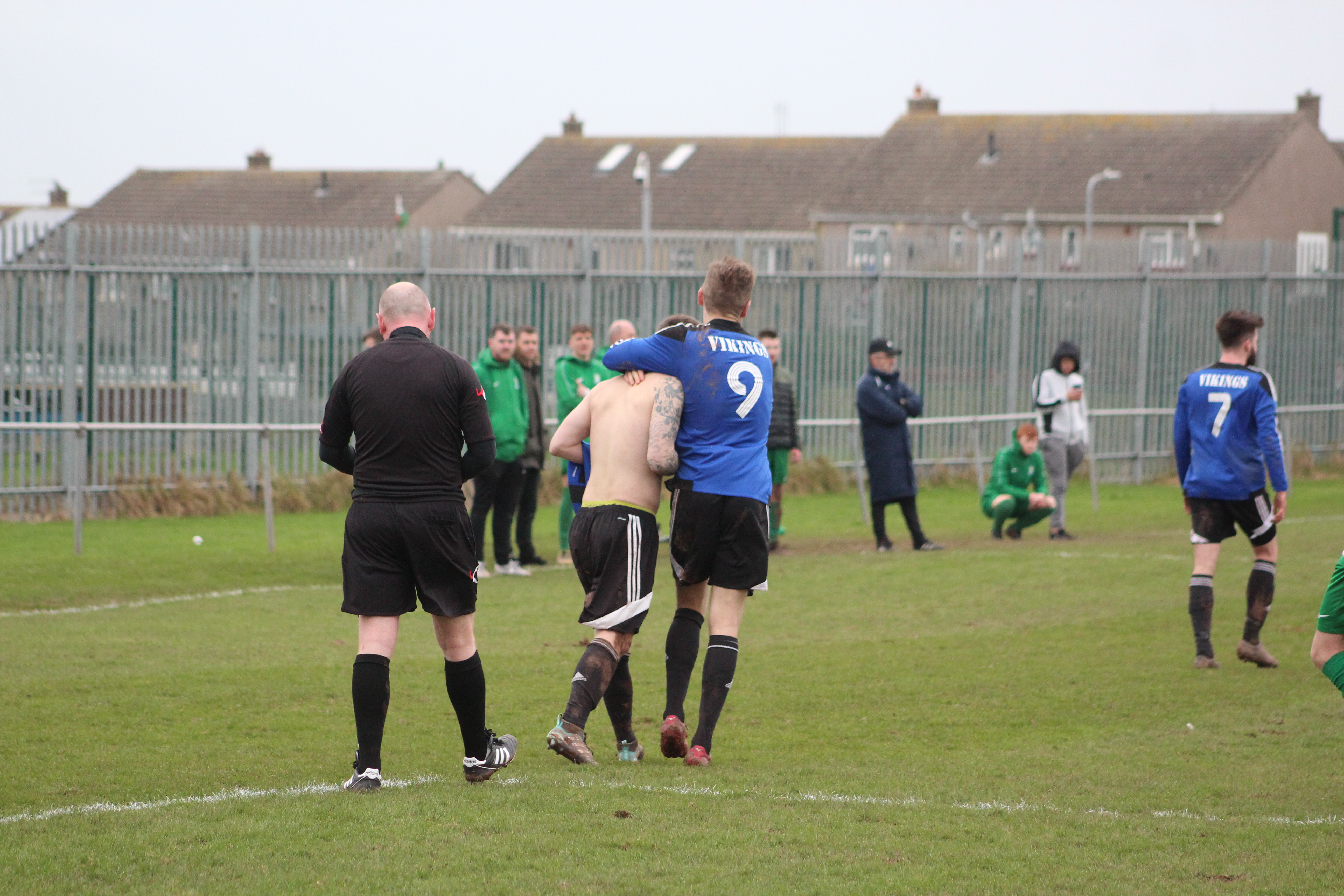 It was an excellent game with Hakin coming from behind to equalise before St Josephs scored again to force extra time. It looked as if penalties would be needed but Harding’s late goal earned the Vikings a 3-2 win.

In an even first half neither side was able to get the upper hand but both had chances to take the lead.

It remained 0-0 at the break but early in the second half St Josephs, second in Division 1 of the Swansea League, took the lead.

However, their lead was short lived as Mark Jones crossed from the left wing and Shane Walsh headed in to make it 1-1.

The visitors then saw a header go wide as both sides traded chances.

The Vikings then took the lead as Justin Harding let fly from distance and his shot hit the roof of the net leaving the Saints keeper with no chance. Both sides saw a player yellow carded as tackles began to fly in as the visitors did their best to get back into the game while Hakin searched for more goals.

St Josephs then equalised as a corner came out to the edge of the box and after a thunderous effort had hit the bar, Ross Lynch was on hand to head home.

Extra time was needed to separate the sides and the score remained 2-2 after the first period.

Hakin keeper James Manson made a good save to keep the scores level and just as it looked like penalties would be needed, Hakin found the winning goal.

Nicky Woodrow crossed from the left side of the box and Harding was in the right place to tap home at the near post and the ball bounced in off the woodwork.

Harding was booked for taking his shirt off in celebration, but try asking him if he cared.

Hakin saw the game out and now have a West Wales Cup quarter final at home to Goodwick on March 2 to look forward too.

Before that, they will return to league action on Saturday (Feb 9), as they travel to third placed Carew.

Swifts too good for Milford

Pembroke up to second