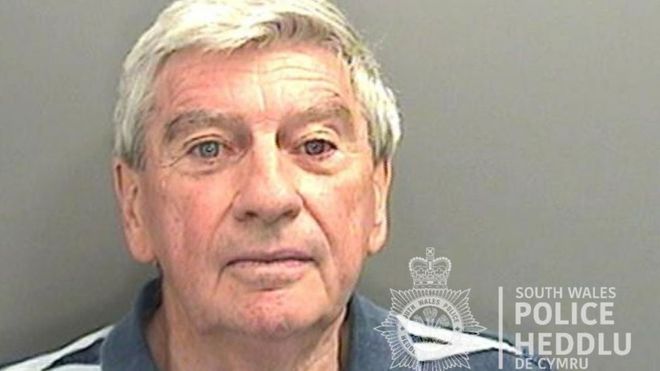 A FORMER headteacher of primary schools in west Wales who was awarded the MBE for services to education has been jailed for child sex offences.

David Watkin Bundock, aged 74, admitted six offences–one of them committed after he had been arrested and granted bail.

Judge Keith Thomas, sitting at Swansea crown court, told Bundock he had achieved a great deal during his professional career but had then gone on to behave in a way that was the exact opposite to the moral values he had once championed.

He also admitted attempting to communicate with a child aged under 16 for sexual reasons and, on January 27, 2019, attempting to meet a child following sexual grooming.

Bundock was jailed for two years and three months. He was also made the subject of a Sexual Harm Prevention Order and banned from ever working with children and must register with the police as a sex offender for the rest of his life.

Jim Davis, prosecuting, said Bundock came to be of interest to the police after his telephone number was found on the mobile of a man arrested for indecent images offences.

But after being granted bail he was then snared by paedophile hunters who created an Internet account of a fictional 15 year old boy.

Bundock swapped indecent messages with the “boy” and travelled to a park in Carmarthen hoping to meet him.

But when he arrived he was confronted by members of the group and arrested later that day for a second time.

Bundock’s barrister, India Cox, said his offending was completely out of character and difficult to explain.

The offences took place in Carmarthenshire and at his home at Valetta House, Cardiff.

Bundock went on to become a senior adviser with Ceredigion County Council’s education department. In 2004 he was awarded an MBE in the Queen’s Birthday Honours.