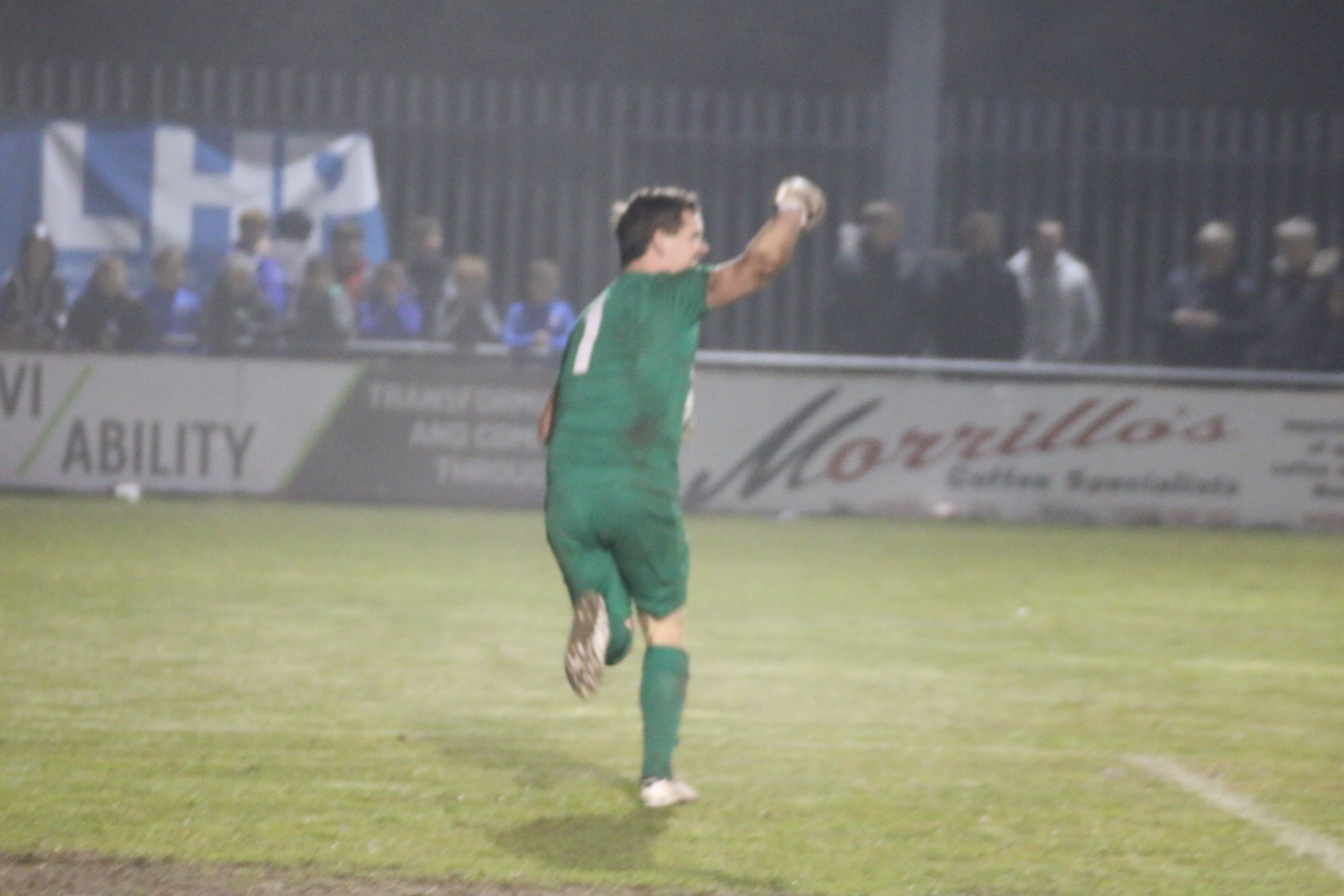 MERLINS Bridge are through to the final of the West Wales Cup for the first time after they beat Hakin United 8-7 on penalties at the Bridge Meadow on Tuesday night (Mar 26).

A big crowd gathered for the game and they witnessed another classic as Merlins Bridge came from behind to lead in extra time, only for a Justin Harding penalty to level matters and force more spot kicks.

Both sides had chances to go ahead early on as Harding saw an effort saved before Laurie Haworth saw his effort bounce out off the bar. Midway through the half it was the Vikings who took the lead as Nicky Woodrow’s stunning effort left Thomas with no chance.

Haworth came close to finding an equaliser when he was played through but Hakin keeper James Manson did well to come out and deny him.

The Bridge came close again but when the half time whistle went it was still the Vikings who held the advantage.

In the second half the Wizards started well as they looked to get back into the game with both Leahy and Haworth coming close.

The Vikings responded and had a good spell of pressure but were unable to add to their lead.

Then with just over twenty minutes to go, Leahy sent a free kick into the box and Adam Hawkins rose highest to head home and make it 1-1.

Five minutes later the Wizards nearly took the lead when Leahy was played through but Manson made a good save to keep the scores level.

Harding then came close for the Vikings but his shot was again saved by Thomas.

Neither side were able to find a late winner and it meant that extra time would be needed. Six minutes into extra time Merlins Bridge gained the advantage as Leahy was played in and he calmly slotted in.

Woodrow then crossed for Hakin but the Wizards were able to clear before Harding could poke the ball in.

They then had a free kick which Ryan Wilson sent into the box but Shane Walsh’s effort came back off the post.

In the second period of extra time, Hakin almost equalised but Thomas made a good save to tip Bradley Barrett’s shot over the bar.

Just as it looked like the Wizards would see the game out, Hakin were awarded a penalty. Justin Harding held his nerve to score and keep his side in the West Wales Cup.

There was little time left and it meant that the sides would need to be separated by a penalty shoot out.

Greene and Laurie Haworth scored early for the Bridge while Woodrow and Harding replied for Hakin.

After ten penalties it was 5-5 with neither side putting a foot wrong. It was now into sudden death and Andrew John and Alex Ouzman both scored their respective penalties to make it 7-7.

Gethin Roberts then scored for the Bridge but Hakin’s Jimmy Walker saw his spot kick saved by Thomas sparking wild celebrations amongst the Bridge players and coaches.

It means a first West Wales Cup Final appearance for the Wizards and it could be an all Pembrokeshire final if Carew beat Giants Grave in the other semi tonight (Mar 27).

The final will take place at the Liberty Stadium on Tuesday, May 7.