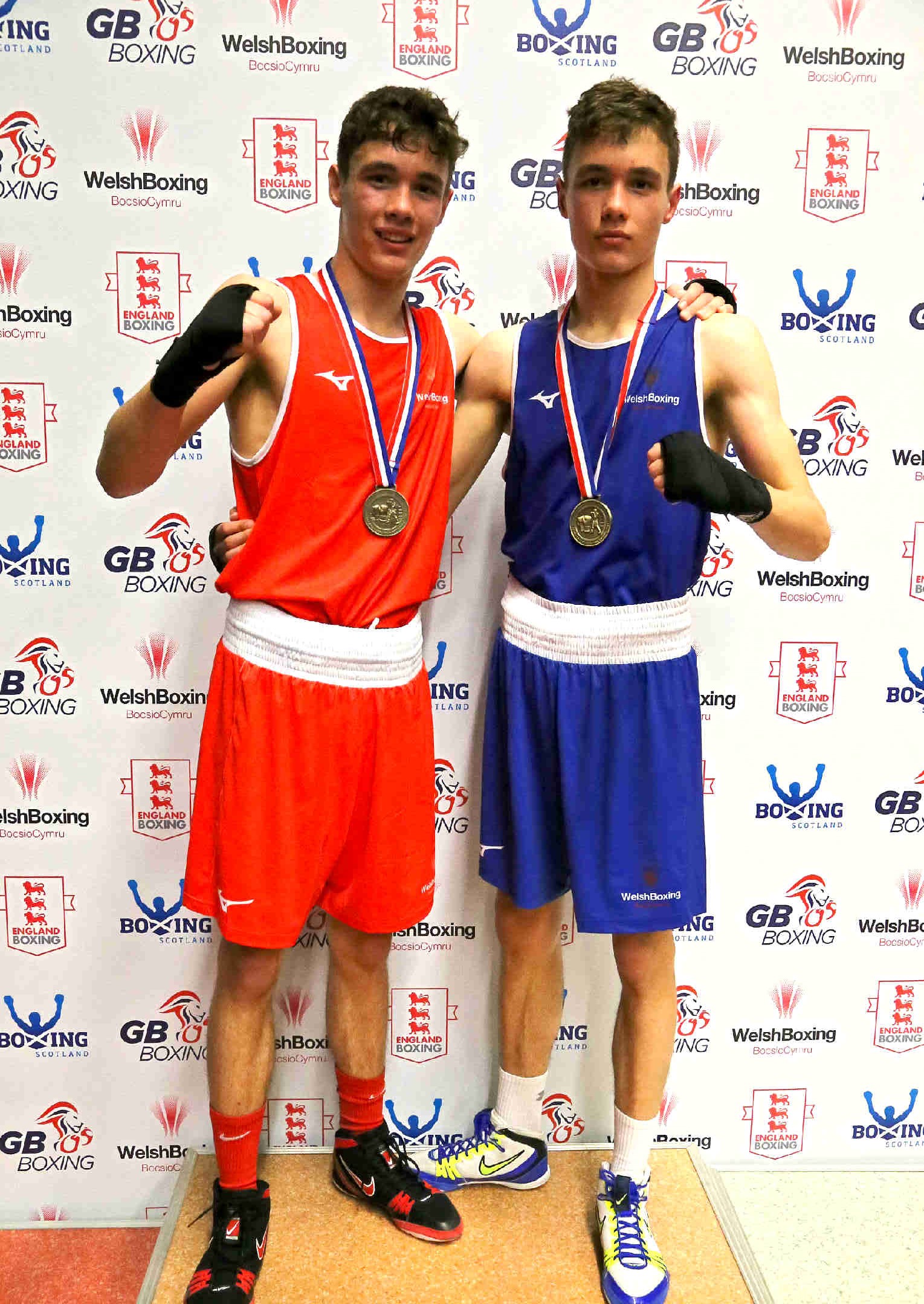 YEARS of dedication to a punishing training schedule paid off in style for Crymych’s remarkable 17-year-old Croft twins on Saturday (May 4) when both stood together on top of the Three Nations Championships podium for the first time at Cardiff’s Sophia Gardens.

Croft simply proved too good for Scotland’s Robert Hewitt in Saturday’s final and the unanimous points verdict was never in doubt.

“This was Garan’s first Three Nations gold after being so close so many times,” he said.

“For me this was the culmination of eight years’ hard work, to get the boys on the podium together.”

An old rival of Ioan’s, Azim had beaten the Welsh teen in close bouts on their previous two encounters after really setting the benchmark in the 60kg class for the last three or four years.

The reigning European champion was looking to capture his fourth Three Nations title, only for Ioan to find his range immediately with straight sharp jabs and back hands.

“In the first round Ioan came out as sharp as I’ve ever seen him,” recounted Croft senior. “It was soon clear to me he was in control.

“Adam is usually a lightning-sharp counter puncher, but Ioan was in and out with his own shots without getting caught – the first round was close but I felt Ioan had edged it.

“The second  continued much the same way with Ioan taking more and more control while Adam started getting frustrated and making errors.

“The third saw Ioan completely dominate, landing a string of accurate straight backhands which Adam couldn’t seem to avoid.” The decision went to Ioan on a 4-1 split decision, only the English judge voting against the Cardigan ABC boy.

Following Friday’s semi-final drama, Saturday’s finals proved something of an anti-climax as far as Ioan was concerned as he comfortably secured the gold on a unanimous decision against the outclassed Hewitt.

Then it was the turn of Garan who produced a workmanlike display to edge out Scotland’s Reese Lynch whose awkward, spoiling style made for a messy encounter.

Garan, however, still enjoyed some success by landing the cleaner shots, taking the fight to his opponent.

The twins are now taking a well-earned break prior to moving up in weight. Cardigan ABC club-mate Mikey O’Sullivan competes in the Welsh Schoolboy championships next week.

Cardigan ABC are on the hunt for new members. Training nights in the gym off Maesyrhaf are Tuesdays and Thursdays (7pm-8.30pm).