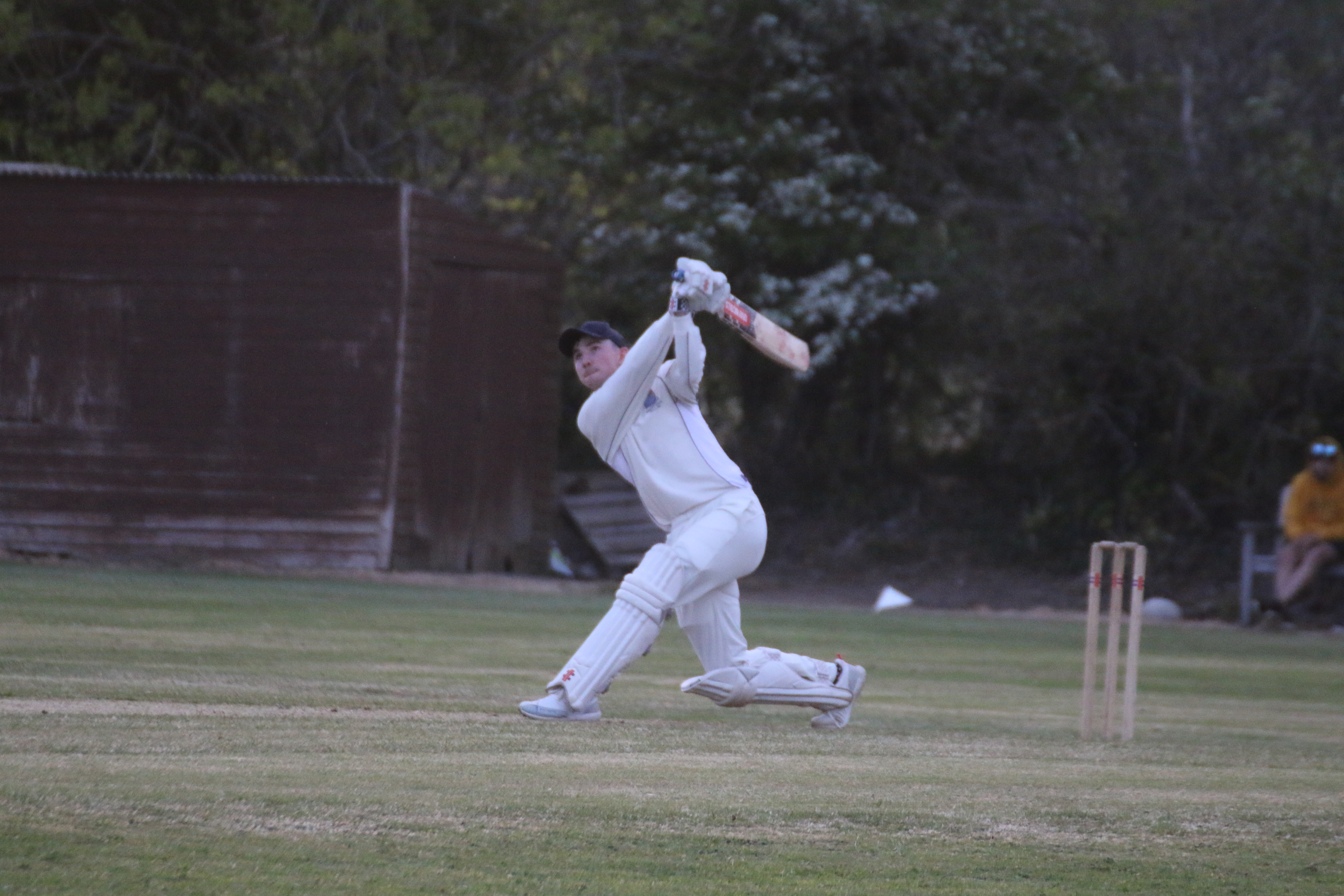 WHITLAND’s Geraint Jones scored a second century in as many games on Wednesday night (May 15) as he helped his side through to the second round of the Duggie Morris Cup.

Hosts Llangwm were invited to bat first but they lost opener Will Beresford when he was run out in the first over.

Joe Kiff and James Venables then got Llangwm going sharing 48 runs for the second wicket.

Venables scored 25 but he was next out when he was caught by Jamie Thomas off the bowling of Matthew Davies.

Joe was joined by brother Matthew in the middle and they shared another 28 runs for the third wicket. Nathan Evans made the breakthrough for the visitors as he trapped Joe leg before on a score of 43 that had included five fours and two sixes.

Evans struck again as he had Matthew caught by Davies on a score of 17 and Llangwm were then reduced to 100-5 when Evans bowled Phil Llewellyn.

Thomas then claimed his first wicket as he had Noah Davies caught by namesake Adam.

Luke and Richard Brock then shared 27 runs for the seventh wicket as they looked to give their side a good total to defend.

Luke departed first as he was caught by Matthew Davies off the bowling of Thomas having scored 21.

Ollie Davies and Gary James then shared 28 runs for the ninth wicket but James was caught by Jack Bowen off the bowling of Evans who finished with excellent figures of 4-25.

Davies had scored 13 but was then caught by Jones off the bowling of Thomas who finished with figures of 3-40 as Llangwm’s innings came to a close three balls into the final over on 171.

It meant Whitland would need 172 to win but they also lost an early wicket as Dylan Blain was bowled by Phil Llewellyn on a score of 8.

That brought Jones to the crease and he shared 44 runs for the second wicket with Jack Bowen.

Bowen hit three sixes and two fours as he scored 27 but he was then caught by Ollie Davies off the bowling of Luke Brock.

Matthew Davies then played a supporting role as Jones added another 21 runs to the score and Davies only faced four balls before he was out for a duck in the same fashion as Bowen.

Nathan Evans was then bowled by Joe Phillips and Shane Morgan was caught by Luke Brock off the bowling of Gary James. When Ollie Davies bowled Martin Thomas Whitland were 118-6 and it seemed Jones, who had reached his half century, was running out of partners.

Jones hit ten fours and seven sixes, the last of which saw them over the line and into the second round.

That sees them set up a second round date with Carew, set to take place on Wednesday, June 5.