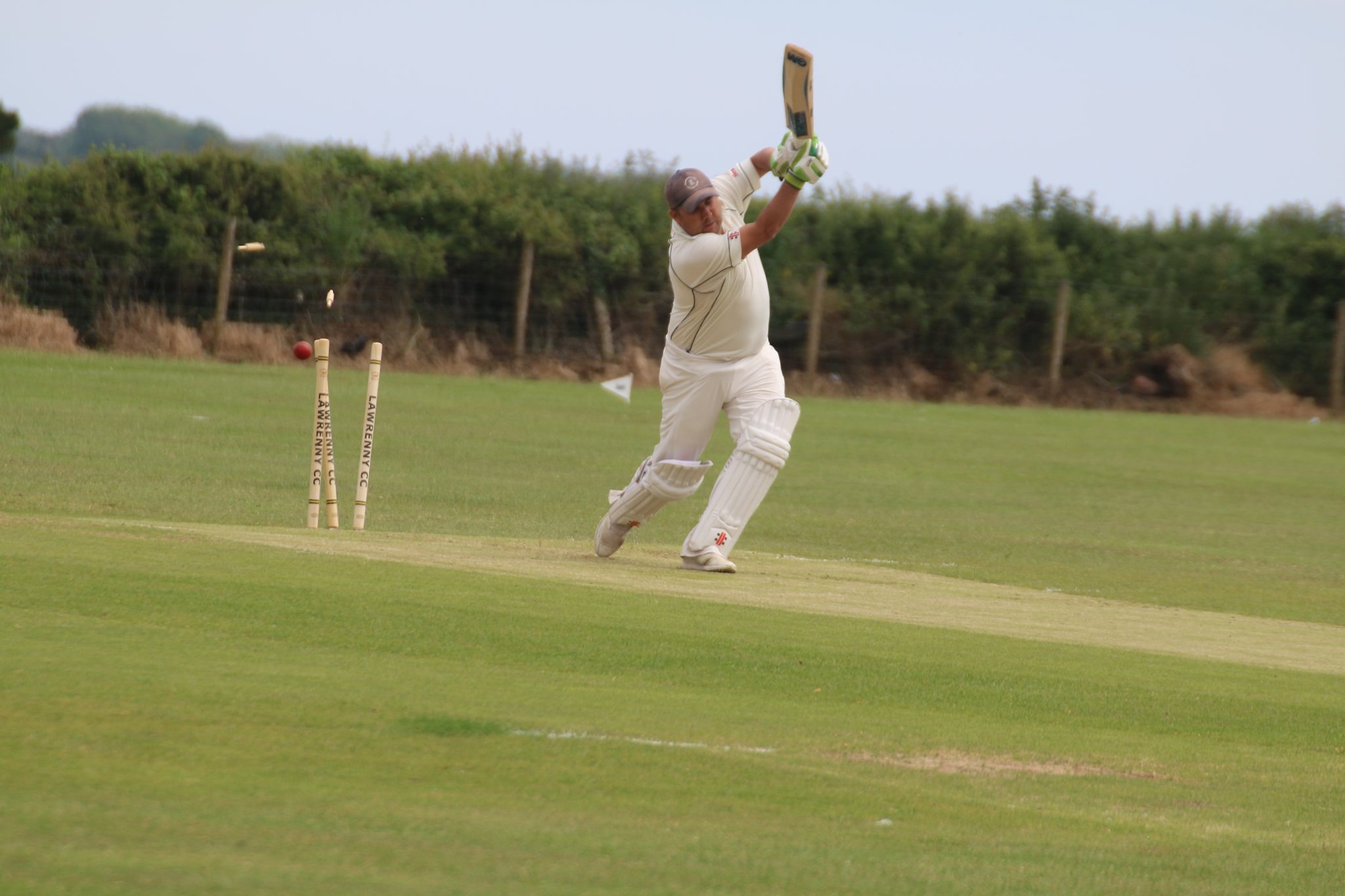 LAWRENNY’s Harry Thomas and Kurtis Marsh steered their side to victory over Haverfordwest on Saturday (Jun 1) by ten wickets.

Lawrenny beat Town in the same fixture in 2018 and they soon had them in trouble again after electing to field on winning the toss.

Town lost opener Mike Jones to a second ball duck as he was bowled by Rob Williams.

Simon Holliday and Lee Summons looked to get Town going and they shared 55 runs for the second wicket. Holliday hit five fours and a six as he scored 29 but he was then caught by Kurtis Marsh off the bowling of Ryan Morton.

That sparked a dramatic collapse as the visitors soon found themselves on 60-6.

Danny Potter also fell for a second-ball duck as he was bowled by Williams and Morton then trapped Ben Field leg before.

Summons had hit five fours in his score of 28 but he was caught by Brad McDermott-Jenkins off the bowling of Williams.

Adam James was the third Town batsman to fall for a second-ball duck as he hit the ball to Harry Thomas on the boundary.

Wickets continued to fall as Chris Fitzpatrick was bowled by Marsh and Jake Merry was caught by James Phillips off the bowling of Morton.

That left Town on 65-8 and they were soon nine down as Archie Thomas was bowled by Marsh.

Marsh wrapped up the innings as he trapped Clive Tucker leg before to leave Town all out on 81. Harry Thomas and Kurtis Marsh were then untroubled as they helped Lawrenny reach their target inside 12 overs.

On Saturday (Jun 8), Lawrenny are away to leaders Neyland while Town are at home to Cresselly.

Neyland back to winning ways