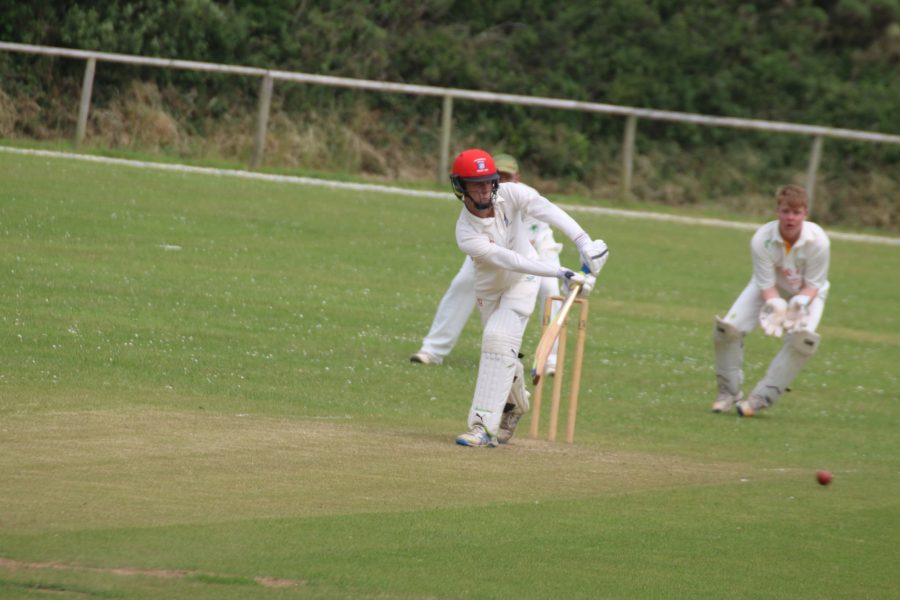 ST ISHMAELS fell short in their chase on Saturday (Jun 29) as their game with Saundersfoot ended in a draw.

Saundersfoot batted first and scored 178-5 in their innings. They battled hard to take the win but Tish finished short on 146-8 in their reply.

Saundersfoot won the toss and elected to bat first but they lost opener John Mansbridge early on when he was caught by Andrew Pawlett off the bowling of Harry Nicholas.

Tom Mansbridge and Danny Caine shared 31 runs for the second wicket but Pawlett then struck as he had Mansbridge stumped by Jack Nicholas. Danny Caine was then caught by Jack Nicholas off the bowling of Pawlett as Saundersfoot found themselves on 57-3.

Nick Cope and Sam Franklin then shared 104 runs for the fourth wicket to put the visitors in a good position.

Cope hit three fours and a six as he scored 56 but he was then caught by Brennan Devonald off the bowling of Harry Nicholas.

Franklin had hit six fours and a six in his score of 59 but he was stumped by Jack Nicholas off the bowling of Andrew Williams.

Saundersfoot’s then made their way to their total which was also helped by 21 extras.

Tish’s reply did not get off to the best of starts as they lost opener Peter Bradshaw when he was caught by Cope off the bowling of Danny Caine.

Daniel Howells and Harry Nicholas shared 28 runs for the second wicket but Howells was then caught by Taran Richards off the bowling of Cope.

Cope then also had Harry Nicholas caught by Sam Franklin and Phil Cockburn caught by John Mansbridge as Tish slipped to 59-4.

Jonathan Pawlett and Brennan Devonald then shared 47 runs for the fifth wicket as they looked to push Tish on towards their target. Pawlett hit two fours and a six in his score of 27 but he was then caught by Neil Powling off the bowling of Cope.

Devonald and Jack Nicholas then shared 34 runs for the sixth wicket but Saundersfoot again struck as Nicholas was run out by John Mansbridge.

He then also bowled Andrew Pawlett as Tish’s reply began to fade.

Devonald did hit three fours and three sixes in his score of 51 but he was then caught by Cope off the bowling of Powling.

That was as good as it got for both sides as Saundersfoot took home 21 points for their efforts while Tish came away with seven.

On Saturday (Jul 6), Tish are away to bottom side Llangwm while Saundersfoot travel to Cresselly.