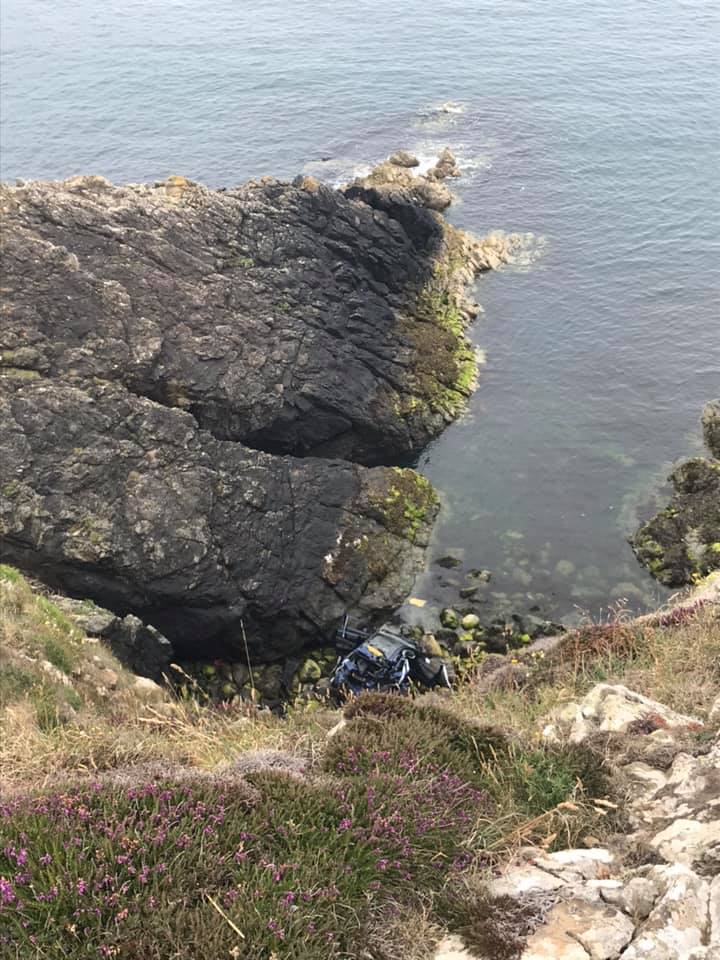 A MALE MOTORIST had a lucky escape when his car plunged over the edge of the cliff at Strumble Head, north Pembrokeshire.

The emergency services were alerted at around 10.45am to the incident involving a Peugeot 307.

Two helicopters – both the Coastguard and the Air Ambulance attended the incident: as did police, fire, coastguard teams and an RNLI Lifeboat.

A police spokesman said: “The man was released from the car and taken by lifeboat to Fishguard Harbour.

“He was examined by paramedics and then taken to hospital for treatment. His injuries did not appear to be serious.

“The car has been recovered from the scene.”

Four fire appliances, police, the air ambulance and teams from the Coastguard all attended the scene. A coastguard spokesman said: “HM Coastguard received a call from the Welsh Ambulance Service just before 10.45am this morning (12 July) reporting that a car had gone over a cliff at
Strumble Head, Pembrokeshire.

Fire and Rescue Service and an air ambulance were all sent.

“The Coastguard winchman paramedic was lowered to assess the casualty.

“The casualty was then transferred onto the lifeboat before being passed into the care of the ambulance service and taken to hospital.”

A member of the emergency services at the scene said: “If I was him I’d be buying a lottery ticket.”

A fascinating insight into a Pembrokeshire that ‘never was’

Give your litter a lift home