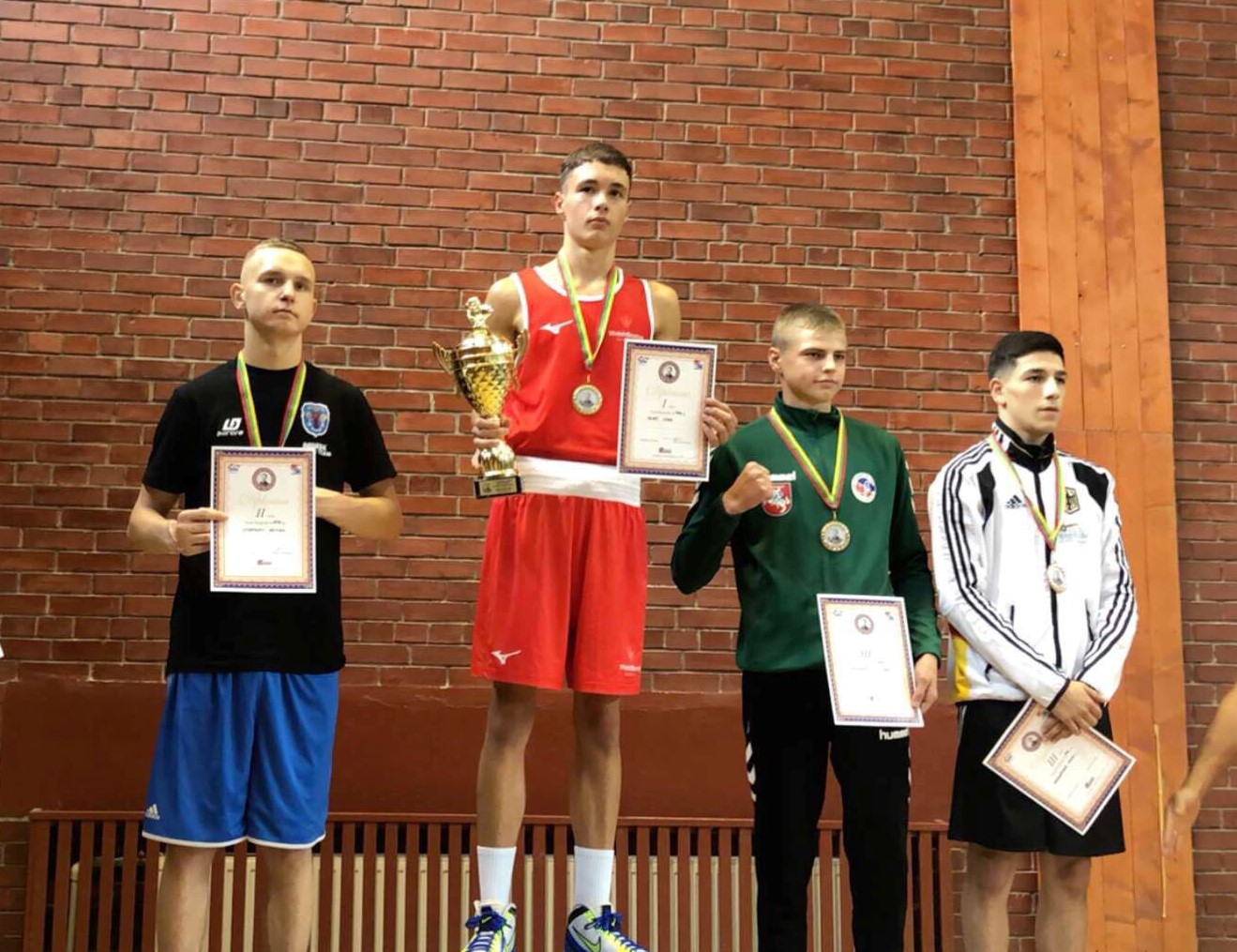 JUDGES at a top European boxing tournament are thought to have confused identical twins Ioan and Garan Croft with one another when it came to dishing out the trophies.

The dynamic Crymych duo struck gold in their respective weight classes at the Ricardas Tamulis tournament in Kaunas, Lithuania, with southpaw Ioan being named best boxer of the tournament.

“I think they must have got the boys mixed up,” the boys’ father, Cardigan ABC head coach Guy Croft, said afterwards. “From what I’ve seen, I think Garan deserved it more.

“Ioan only boxed four rounds in the whole tournament and his semi-final against a German opponent wasn’t special.

“Garan worked very hard for his twelve rounds and his last fight against a Finnish opponent was lovely boxing.” Garan Croft on the podium

Garan had reached the final following a unanimous decision in an untidy quarter-final bout against Dem’c, of Germany.

Ioan, meanwhile, received a bye through to the 64 kg semi-finals where he boxed Agroi Magaryan, of Germany, and won by a 5-0 unanimous decision.

Garan then boxed Damiael, of Israel, in the semis, giving him a standing count right at the end of the first round with a series of body shots.

Although a quick finish looked likely, Damiael hung on for the next two rounds by the skin of his teeth before his Welsh opponent took a unanimous decision.

Ioan hurt his opponent again towards the end of the first round and Vysoefin did not come back out for the second.

Garan then boxed Aksa, of Finland, in a high-quality final, the Crymych boy taking the edge throughout to win by a 5-0 unanimous decision.

The twins are next in action at the European youth championships in Bulgaria next month.