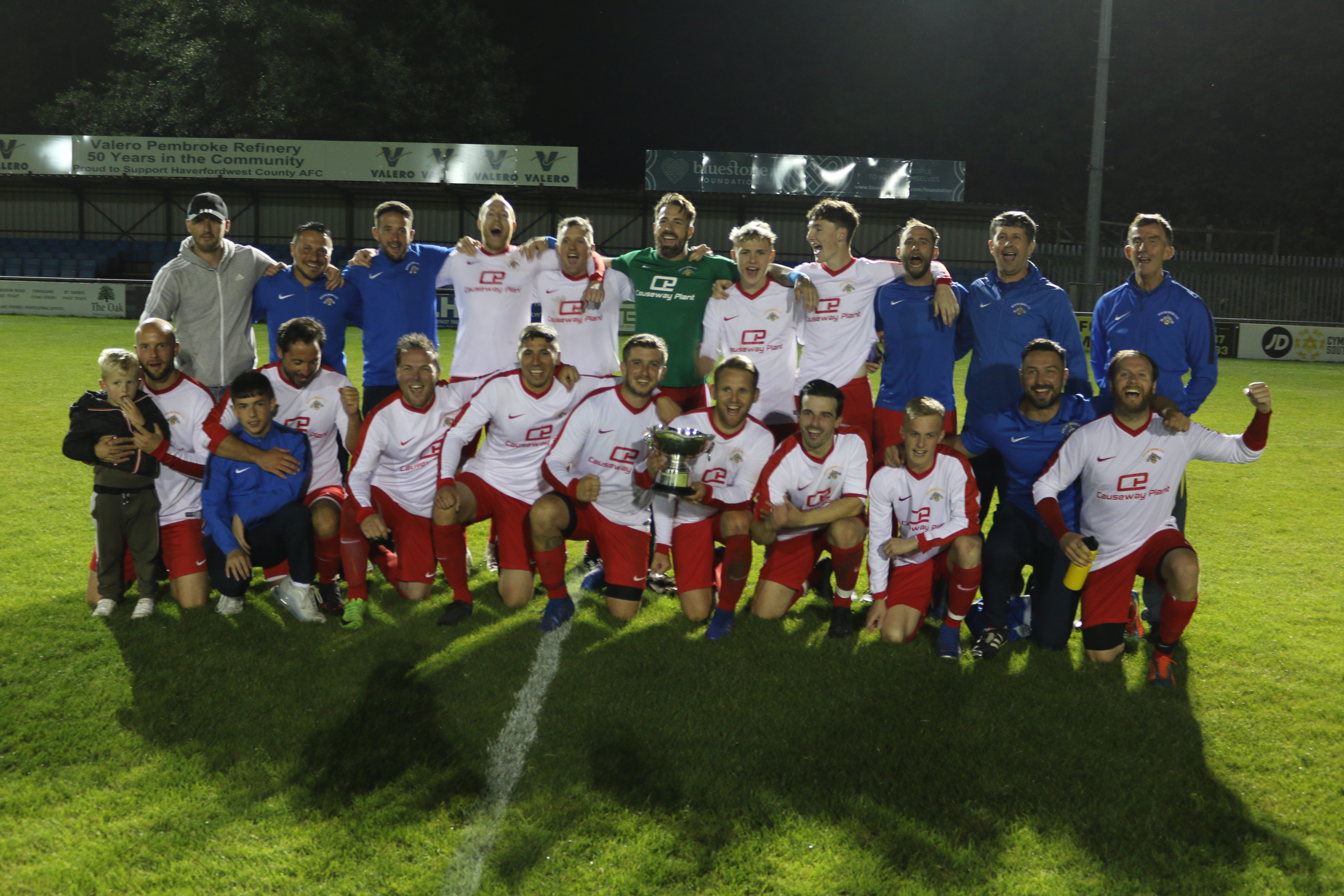 MERLINS Bridge won the Jubilee Cup on Wednesday, August 28, as they beat Monkton Swifts on penalties.

A thrilling game, watched by a good crowd, had ended 3-3 after 90 minutes but it was the Wizards who came out on top in the annual curtain-raiser to the start of the Pembrokeshire Football League season.

Ben Steele then hit the post for the Pembrokeshire League Champions before Swifts keeper Stuart James made a good save to deny Will Haworth. It was the Wizards who took the lead mid-way through the first half when Adam Hawkins fired in from Luke Hayward’s corner.

The Swifts then equalised on the stroke of half time as Dylan Davies crossed to the back post for Steele who poked the ball home.

Five minutes into the second half the Swifts took the lead as Steele held off his challengers to fire in to the bottom corner.

On the hour mark it was 2-2 as Dai Davies’ cross was headed into the path of Will Haworth by Nathan Greene and the forward smashed the ball home.

The Wizards were then given a penalty but Luke Hayward saw his effort hit the bar and bounce away. They were made to regret that miss as Steele then completed his hat trick with his deflected effort wrong-footing Bridge keeper Dan Birch.

Just as it looked like the Swifts would claim the cup, Hayward scored to make amends for his penalty miss to level the game at 3-3.

The full time whistle went meaning the game would need to be decided by a penalty shoot out.

Birch made two good saves for the Wizards and it was left to Matthew Price to score the winning penalty, giving his side a 4-3 shootout win.

The league season gets underway on Saturday, September 7, with Merlins Bridge taking on Narberth while Monkton travel to Pennar Robins.