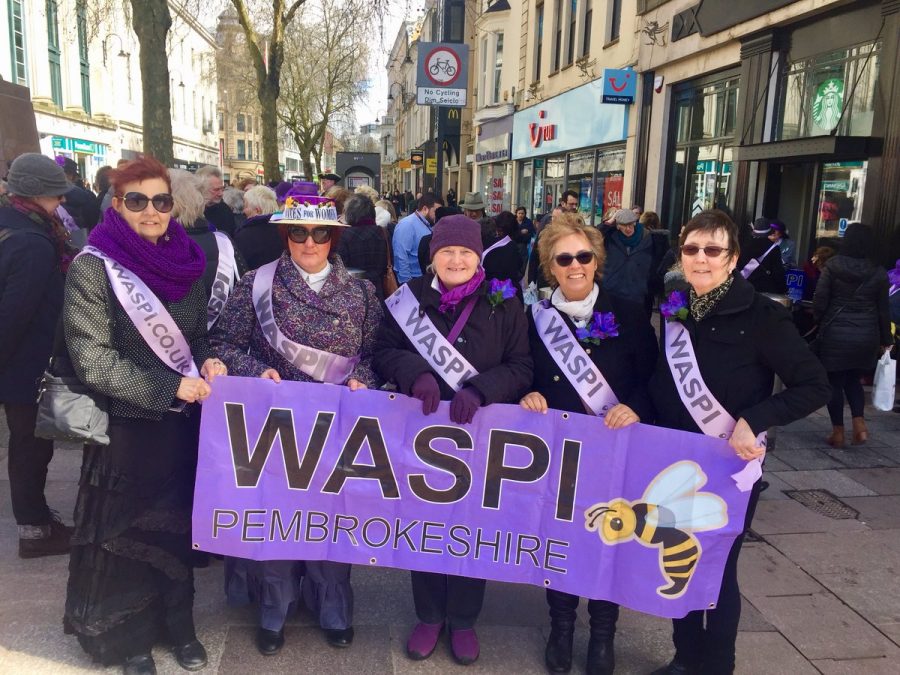 A CAMPAIGN group for women born in the 1950s, whose state pension age has increased from 60-65, lost an appeal against a decision to deny them compensation for lost pension income.
Backto60 brought two test cases to the High Court last year when those cases were lost the group appealed. The Court of Appeal released its judgement rejecting the appeal on Monday, September 14.
The group’s campaign calls for a reinstatement of the age of 60 for women’s state pensions and compensation of the pension women have missed out on.
The Court found making the state pension age the same for men and women did not constitute unlawful discrimination.

The case’s failure will not affect the far better known and more widely-supported Women Against State Pensions Injustice (WASPI) campaign.
WASPI has long campaigned on the issues regarding the increase in the state pension age for women. They argue that setting aside any claim of discrimination, the UK Government failed in its duty to inform affected women adequately of the changes to the state pension age and the effect those changes would have on their pensions.
A statement issued by WASPI after the Backto60 legal challenge failed said: “Many women will be disappointed today at the judgement from the High Court.
“Women Against State Pension Inequality (WASPI) will continue to campaign for what we believe is achievable and affordable. Compensation for women who have been unfairly disadvantaged with a rapid increase to their State Pension age (SPa).
“WASPI is not opposed to the equalisation of the SPa with men but it was done without adequate notice, leaving no time to make alternative arrangements. Women were informed directly some 14 years after the SPa was first changed, many only given 18 months’ notice, of up to a six-year increase, many others were not informed at all. This left their retirement plans shattered.
“The Parliamentary and Health Service Ombudsman is currently considering six sample cases of maladministration out of the thousands of complaints made to the DWP by WASPI women.”
Former Conservative Pensions Minister, Baroness Roz Altmann, said: “When Pensions Minister, I saw copies of letters written by the Government to millions of these women in 2003 and 2004 about their State Pension, which failed to highlight that their pension would not be paid at age 60. These official letters failed to highlight that these women’s pension would not start being paid at age 60. It merely informed them what State Pension they might receive when they reached State Pension Age, but they did not tell them what that age would be!
“Receiving a letter from the Pensions Department about their State Pension, which did not urge them to check what their State Pension Age would be, may have lulled them into a false sense of security that they would receive it from age 60.
“This looks like maladministration.”
During the election campaign last year, Boris Johnson pledged to place ‘fresh eyes’ on the issue and said he felt sympathetic to the WASPI campaigners. Asked on Tuesday about the progress of those promised considerations, he failed to answer.

The main issue in the appeal was whether the changes to the state pension age brought in by Parliament from 1995 onwards, unlawfully discriminated against women. Backto60 argued, amongst other things, women born in the 1950s were less likely to have contributed to the state pension scheme or were disproportionately in lower-paid jobs than men.
The Pensions Act 1995 provided that a woman born before 6 April 1950 would still receive her state pension at age 60 but a woman born after that date would receive her pension on a specified date when she was aged between 60 and 65, depending on her date of birth. The Pensions Acts 2007, 2011 and 2014 then accelerated the move to age 65 as the state pension age for women and raised the state pension age for some men and women to 66, 67 or 68 depending on their date of birth.
Successive UK Governments made changes to address the massively-rising cost of state pensions.
When the state pension age was originally set, both pension ages were fixed at 65. When revised in 1940, women’s pension age was dropped to 60. At the time those ages were fixed, life expectancy meant the state pension was likely to be paid out for only a few years after retirement age. The lower age was fixed at 60 for women to reflect their then-dependence on a single male breadwinner in the family and the prevailing age difference between married couples.
In the post-war period, life expectancy increased, first gradually and then with increasing speed.
The boom in average life expectancy means the state pension is the largest single drain on the welfare budget – taking £111bn of it in the year 2018-19 (DWP figures). In comparison, payments for unemployment benefits totalled £2bn.
The UK Defence budget is around £28bn
In normal circumstances, the claims brought to the Court would have been barred due to the delay in bringing them. Time was extended to bring the claims. The question of the delay was, however, relevant only to the discretion whether to grant relief if unlawful discrimination was proved.
The long delay in bringing the claims made it impossible to fashion any practical remedy. The Court noted unchallenged expert evidence that the cost of reinstating pensions would exceed £200bn – more than seven times the total defence budget and around the same as the whole of the health and education budgets combined (Figures Office of Budget Responsibility).