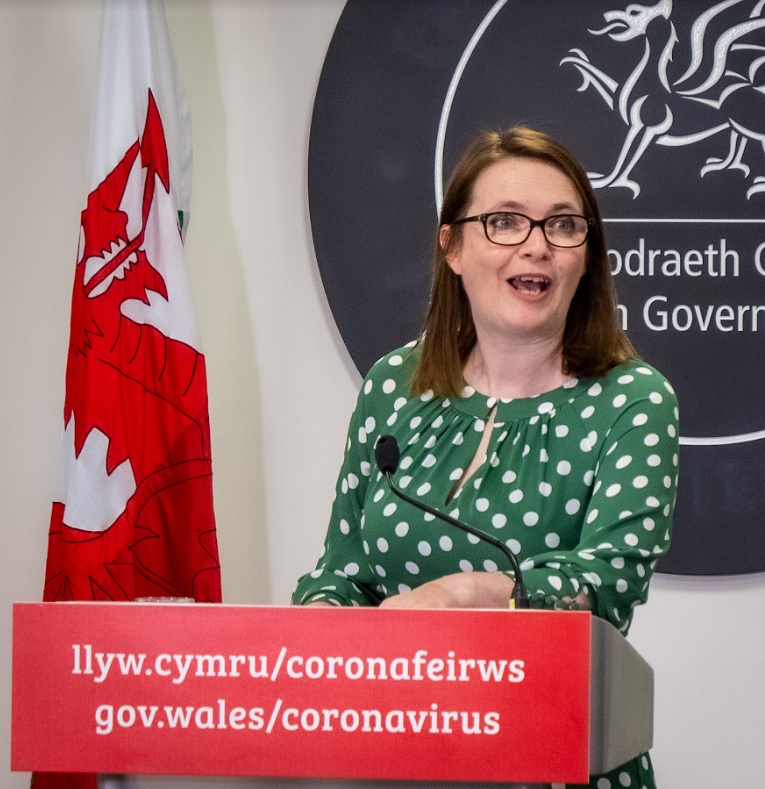 KIRSTY WILLIAMS, Wales’ Education Minister will not stand in next year’s Senedd elections.

Ms Williams, who holds the constituency seat for Brecon and Radnorshire was first elected to the then-Welsh Assembly in 1999.

“After much reflection, I have decided not to stand as a candidate in the next election,” she said.

Kirsty Williams is highly-regarded and seen as being perhaps the ablest of the current Welsh Cabinet.

Her departure from the Senedd in May could spark a Cabinet reshuffle by Mark Drakeford.

Mrs Williams said: “There is of course sadness in making this decision, but also a strong sense of pride. Above all else, I’d like to thank the people of Brecon and Radnorshire for their support over the last two decades.”

Writing to her local constituency party, Kirsty Williams said: “Next May it will have been 22 years since I was first elected to represent the people of Brecon and Radnorshire.

“The local party, and then the constituency, placed its trust in me – a young, female, Welsh Liberal Democrat, new to elected politics and for our new parliament. It remains the proudest day of my political career.

“And for us to keep winning and keep achieving for our community, has been the honour of my life.

“To be the parliamentarian for Brecon and Radnorshire and in Powys is not to own the seat or constituency, it is to be a steward of it – following in the footsteps of Welsh Liberal giants and hopefully being able to pass on and support another generation.

“I know that my pride in being the first female leader of a Welsh political party was shared locally and nationally, and I hope it was a small inspiration to others. Working with my party colleagues in the Senedd, we worked diligently to hold the Government to account.

“Despite being an opposition party, we turned campaigns into policies that changed lives across the country.
“This included the introduction of the Nurse Staffing Levels Act and the Pupil Development Grant which continues to support our most disadvantaged pupils.”

Kirsty Williams said it had been “an immense honour to serve my country as Education Minister”.

“Every day I have been inspired and uplifted by the shared commitment across the country to be ambitious for all our learners,” she said.

“‘Our national mission’ has been the biggest programme of education reform since the Second World War. It has been a nation-wide collective endeavour.

“The support I’ve received from civil servants, private office, and Ministerial colleagues has been invaluable and unstinting.

“Over the last four years, we have fought to raise standards for all children, to reduce the attainment gap and to get some pride and confidence back into Welsh education. Working together,
our improved performance in national and international assessments, radical student support changes and investment in teachers, is proof that education is truly Wales’s national mission. Being
the family of a politician is never easy. I must thank my husband and three wonderful daughters for the patience, and at times resilience, that they have shown over these years.

“My late parents started the interest in politics and current affairs with lively debate around the kitchen table, and I know they would be proud of how their granddaughters are already strong independent women with their own opinions!

“It is with them in mind that, after a great deal of thought and reflection, I have decided not to stand as a candidate at the next Senedd election. The next candidate, and the Welsh Liberal Democrats, will have my abiding support and I will be out there campaigning as ever.

“There is, of course, sadness in making this decision, but also with a sense of achievement and pride. Above all else, I would like to thank the people of Brecon and Radnorshire for their support over the last two decades. Diolch o Galon. I may be biased, but I am in no doubt that our constituency is truly the greatest anyone could have the privilege of representing.” 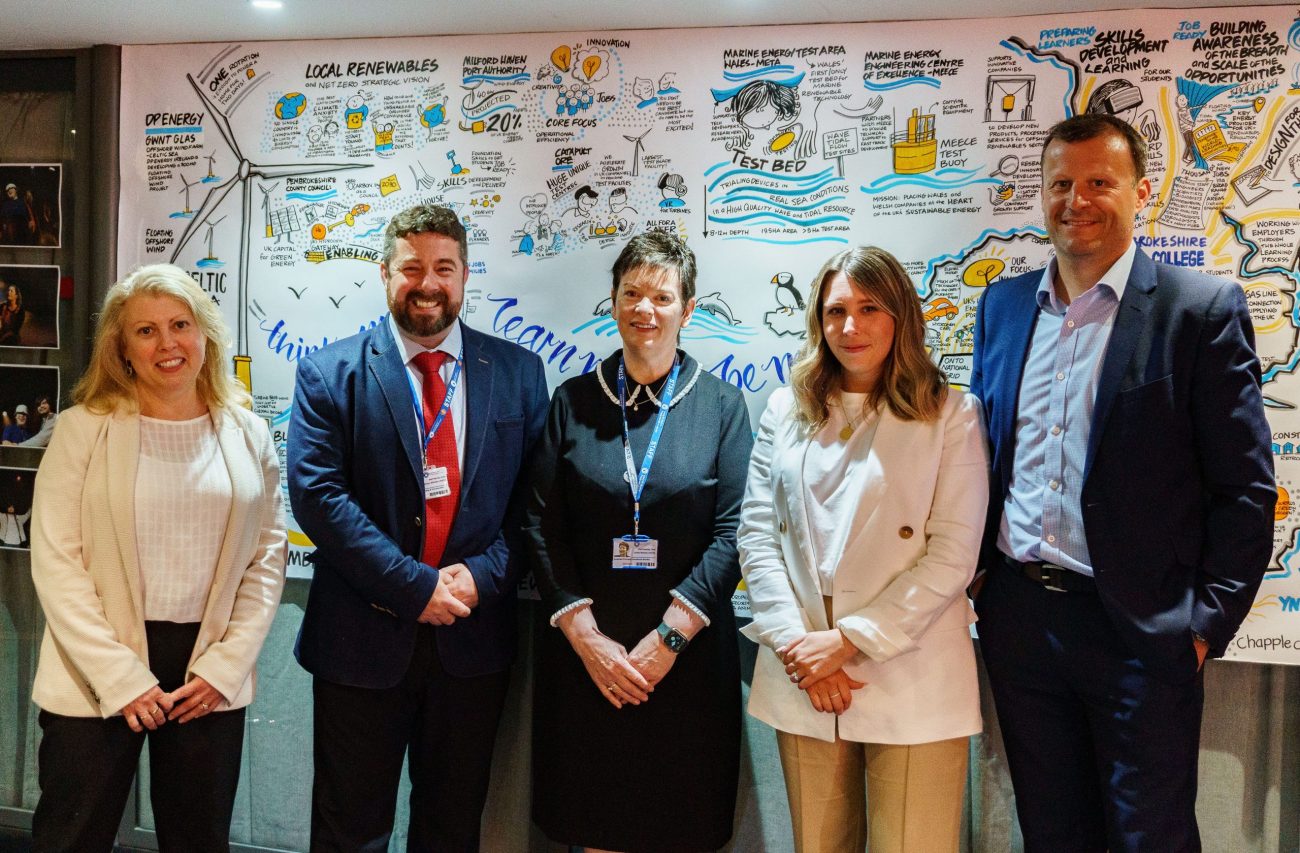 THIS WEEK, 29 education professionals from across Wales have been revealed as finalists of the fifth Professional Teaching Awards Cymru.

The nominees in South West Wales include:

Pembroke Dock Primary School (Pembroke Dock) for the Betty Campbell MBE award for promoting the contributions and perspectives of Black, Asian and Minority Ethnic Communities’ – a new category for this year.

The Pupil (or Pupils’) Award for Best Teacher is given to those nominated by pupils – past or present – who feel they have made a huge difference to their life in school.

The award for ‘Inspirational Use of the Welsh Language’ is for education professionals who have inspired pupils and colleagues to use and enjoy the Welsh language.

‘The Betty Campbell MBE Award’ has been named after Wales’ first black headteacher, and recognises an individual, team or school that has demonstrated an outstanding awareness of the importance of an inclusive education in their classroom.

The new award has been welcomed by Betty’s daughter, Elaine Clarke, who said: “The Award is a wonderful way to promote inclusion of all Black, Asian and Minority Ethnic groups and we are sure the recipients will continue to be inspired and develop future generations in the footsteps of our mother.”

The Minister for Education and the Welsh Language, Jeremy Miles, said: “The calibre of this year’s nominations has, as ever, been outstanding. They demonstrate the breadth of inspiring education professionals we have here in Wales and it’s important we recognise that.’

“We have so much good work promoting the contributions and perspectives of Black, Asian and minority ethnic communities by schools and educators across Wales, and this is recognised by the new Betty Campbell MBE award.’

“I look forward to celebrating these fantastic individuals who go above and beyond for their profession.” 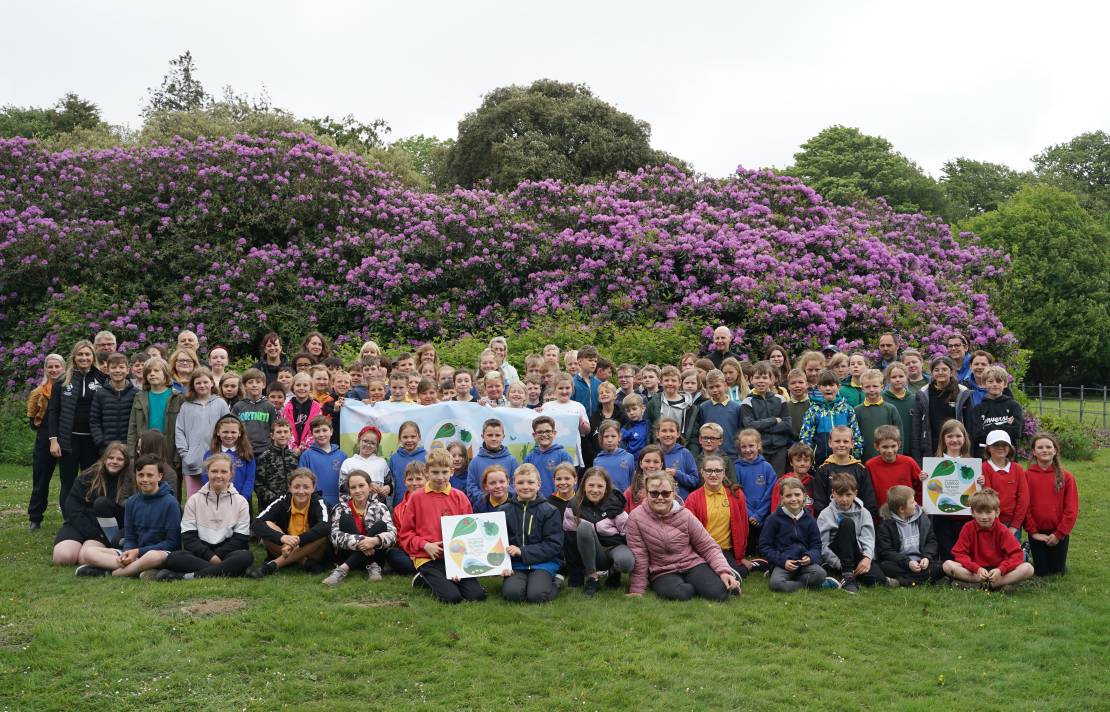 THE FIRST Outdoor Celebration Day to be held since 2018 was hosted by Pembrokeshire Outdoor School (PODS) at Scolton Manor on Thursday, May 26.

The PODS partnership, which is co-ordinated by Pembrokeshire Coast National Park Authority, is a network of specialist organisations, head teachers and local authority advisors. Its aim is to support schools in encouraging children to become fully engaged with and confident in their local environment.

Bryony Rees said: “The event was enjoyed by all, with one pupil commenting that he had the best day in the ‘nature playground’. Representatives from Sustainable Schools, Keep Wales Tidy (Eco-Schools) and the National Trust were also on hand to connect with teachers, share ideas and discuss how outdoor learning in schools could be developed in line with the National Curriculum for Wales.”