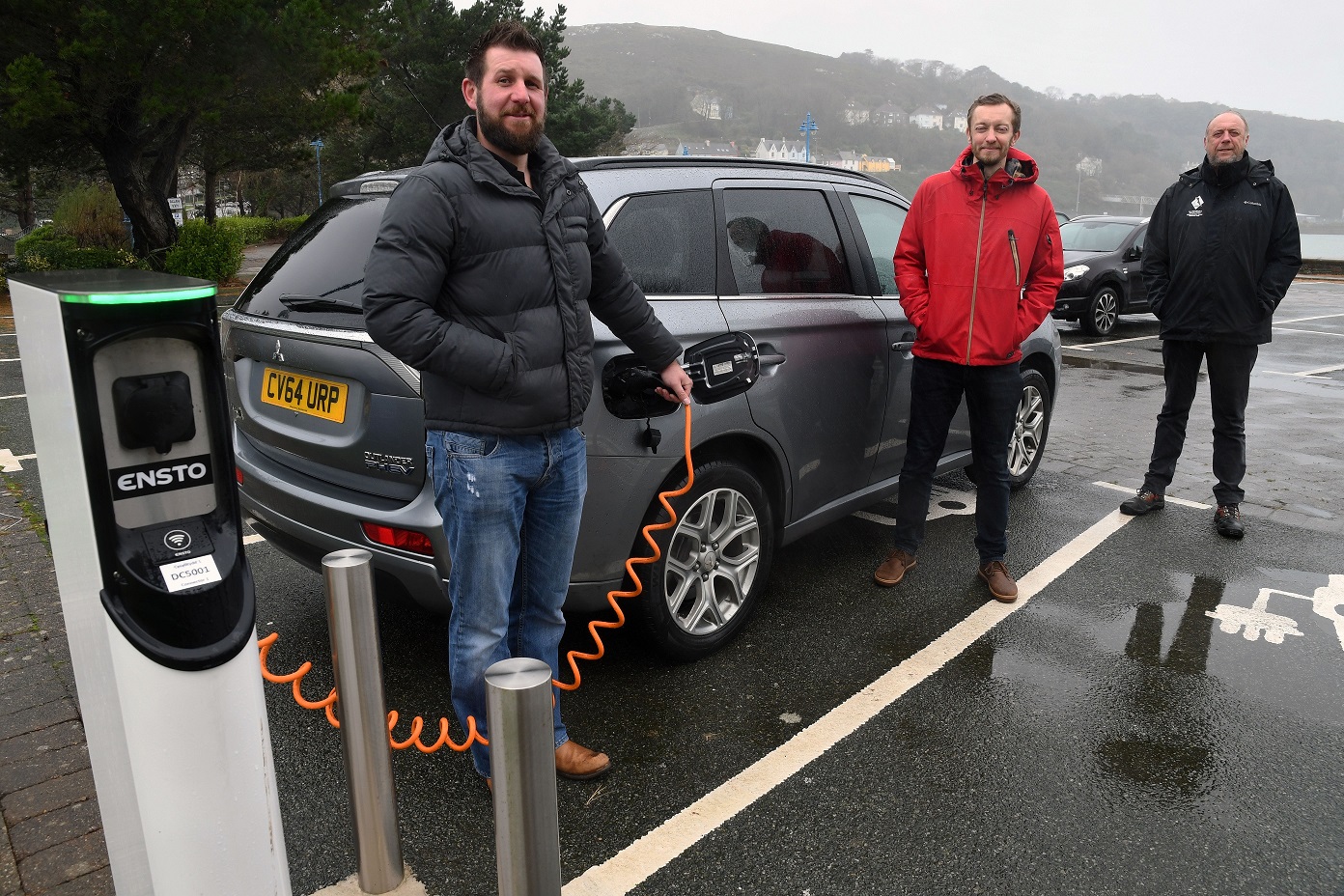 This will expand to eighteen locations once four further sites are completed for Pembrokeshire Coast National Park Authority later this year.

The Pembrokeshire Coast National Park EV charging locations that will be available by end of 2020 are:

The project was designed and commissioned by the Council’s Infrastructure team, is funded by Welsh Government and delivered by Narberth-based Silverstone Green Energy.

The charge-posts are part of the www.dragoncharging.co.uk network which is a regional network being used by neighbouring local authorities in Carmarthenshire and Ceredigion and also further afield in Powys, Blaenau Gwent, Newport (Gwent), Torfaen, Monmouthshire and Caerphilly.

In advance of first use it is advised that potential users read the information on how to use the charging stations which can be found on the Dragon Charging Website at www.dragoncharging.co.uk/FAQ

Charging is currently priced at 85 pence each time a user connects with 25 p/kWh charged for electricity consumed. All revenue is used to support and maintain the network.

Pembrokeshire County Councillor Phil Baker, Cabinet Member for Infrastructure, praised the progress made by the partnership, particularly in view of recent news that new petrol and diesel cars will not be sold in the UK after 2030.

“As well as helping residents and visitors switch to a low carbon future, the project aims to satisfy the needs of motorists by providing charging hubs for those who do not have off-street parking,” he said.

“The project also promotes the concept of ‘eco-tourism’. All the charge-points are in centrally located car parks so that users can visit local businesses and attractions whilst charging their cars.”

Councillor Paul Harries, Chairman of Pembrokeshire Coast National Park Authority, added: “Promoting sustainable transport is just one of a range of measures the Park Authority is taking to respond to the climate change emergency.

“As well as enabling visitors and residents to charge their vehicles, these charging points will also support the Authority’s efforts to green its fleet to include as many electric vehicles as possible.”