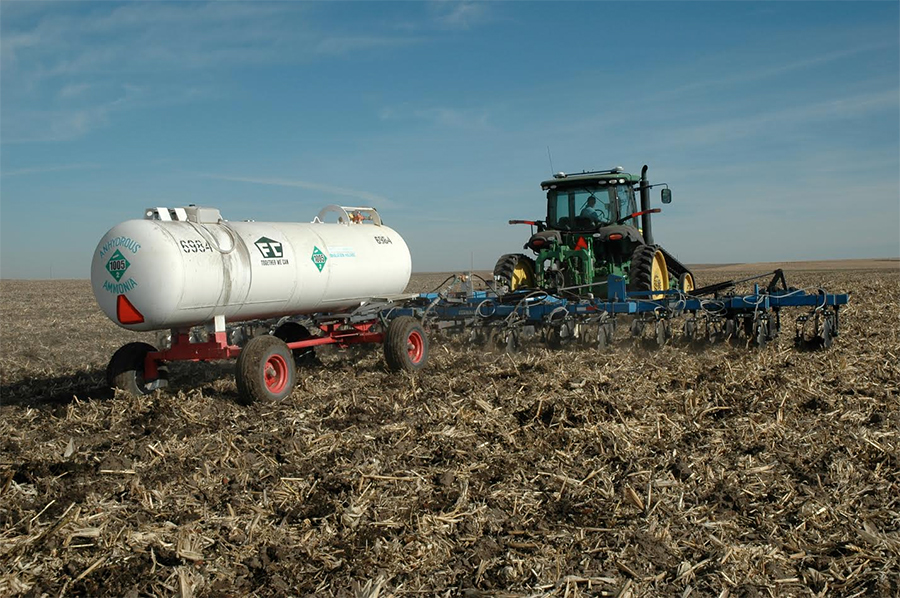 NFU CYMRU has strongly opposed proposed changes to Natural Resources Wales’ (NRW) Ammonia Screening Guidance, citing the proposals will have far-reaching and damaging consequences for farm businesses.
NRW’s Ammonia Screening Guidance provides guidance to farmers on how the regulator expects assessments of the impact of ammonia emissions from developments that emit ammonia to be carried out for permit and planning applications.
DEFRA is also consulting on reducing ammonia emissions from farms. It says its statutory obligations to restore degraded habitats and to reduce ammonia emissions by 8% by 2020 and by 16% by 2030 means DEFRA must act urgently to tackle the issue.
Ammonia emissions are predominantly from agriculture (87%) and around 8% are from the use of solid urea fertilisers. The DEFRA consultation set out three policy options to provide the greatest ammonia emission reductions from regulating the use or sale of solid urea fertilisers.
DEFRA is considering an outright ban on those fertilisers’ use.
In the NRW consultation, that closed earlier this week, NRW proposes sweeping new changes including the application of the guidance to all developments emitting ammonia – previously the guidance has been applied to intensive farming operations, as well as the requirement to prove ‘no harm’ to ammonia sensitive species outside designated sites such as SSSIs.
NFU Cymru is clear the proposed changes to the guidance – if implemented – would result in many more developments being brought into the screening process with requirements to undertake detailed and costly assessments of the potential impact of ammonia and nitrogen, and with developments blocked where stringent tests of ‘no harm’ cannot be met.  The union has also warned that the proposals are likely to have detrimental consequences on farmers wishing to develop, diversify, improve their environmental performance and achieve compliance with the regulation in Wales moving forward.
Commenting on the proposals, NFU Cymru Deputy President Aled Jones said: “NFU Cymru recognises the role of farming and is committed to working with government and partners to reach sustainable ammonia emissions in line with targets. However, NRW’s proposed approach is likely to put constraints and limitations on farm development, threatening future viability at what is a critical time for the industry.
“We have expressed concern to NRW over their failure to consider the wider economic, environmental, social and cultural impacts of proposals on rural Wales. We are disappointed that NRW has failed to publish the costs and benefits of its proposed approach. This is despite the fact that the Regulators’ Code clearly states before changing policies, practices or service standards, regulators should consider the impact on business.
“Perversely the proposals, as they stand, will work directly against NRW’s own objectives of improving the environment. In effect, the proposed new Ammonia Screening Guidance is likely to place further barriers to new farm infrastructure projects on Welsh farms including for replacement livestock housing and slurry/manure storage – even where this is required to achieve compliance with regulation and where such infrastructure delivers clear environmental benefits in terms of air and water quality. This is unacceptable and we have urged NRW to look again at its proposals.
“NFU Cymru is also disappointed that the consultation focuses exclusively on livestock production and does nothing to address ammonia sources from other non-agricultural sectors.”
Concluding, Mr Jones said: “NFU Cymru is clear that policies to improve air quality should enable our ambitions for the future of Welsh farming.  Policies should facilitate, and not hinder, the development of farm businesses in Wales to enable them to continue to deliver their key role producing food for our nation so that we do not see food production off-shored to other parts of the world where production standards are less sustainable.”
Related Topics:
Up Next

First week of life is key